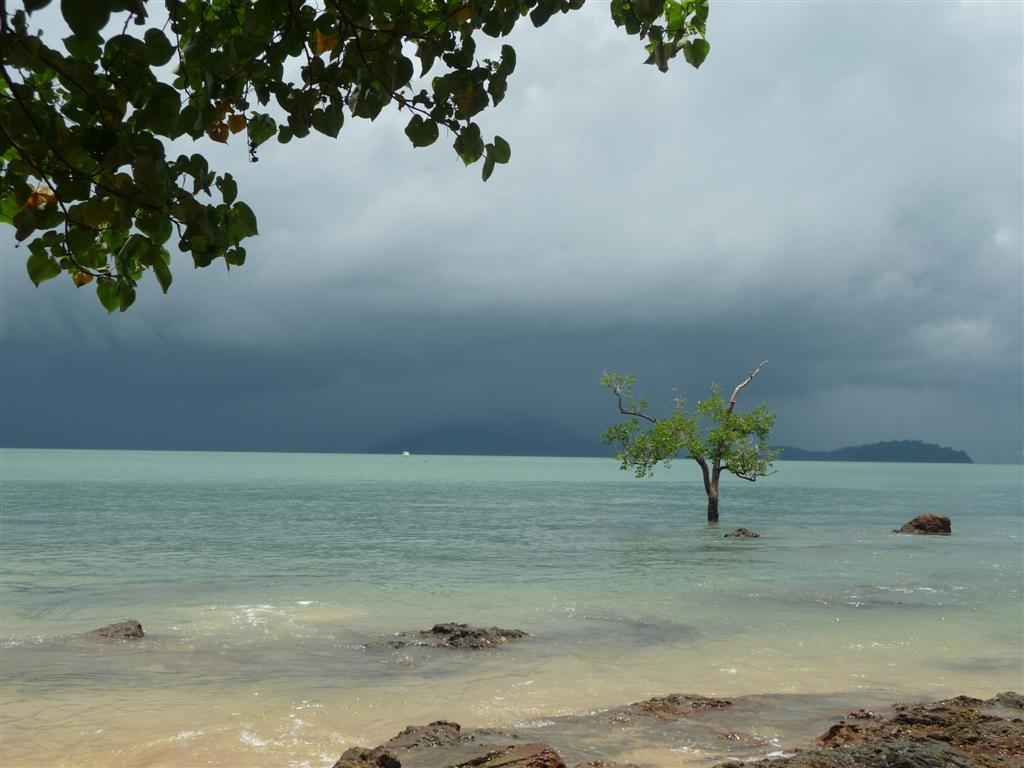 Our stay on the island of Koh Payam was a relaxing one.  We arrived not really knowing what to expect – we came here on a whim after a recommendation from a guy who DJ’ed in our shop one night.  What we did know was that supposedly not many tourists went to Koh Payam, that it was supposedly peaceful and had lots of jungle and national park, and there were no cars or roads wide enough for cars on the island, all of which sounded pretty good. 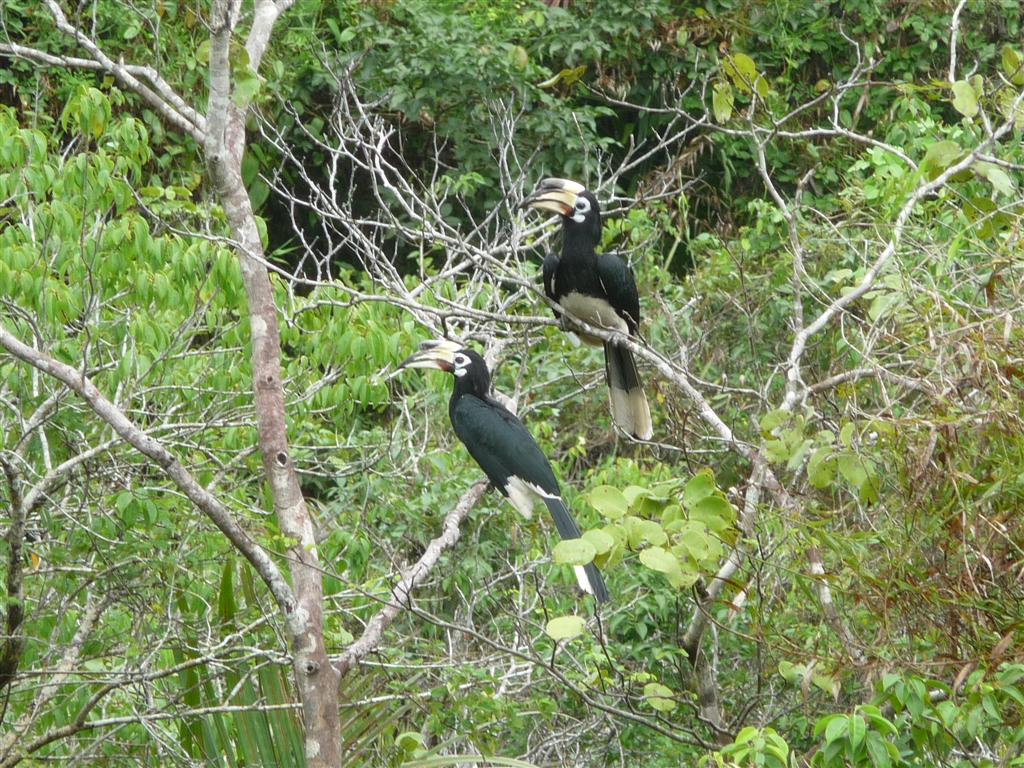 From the very first day we were treated to seeing hornbills within just a few metres from us, golden lizards, singing frogs, a rare white bulbie and many crabs! 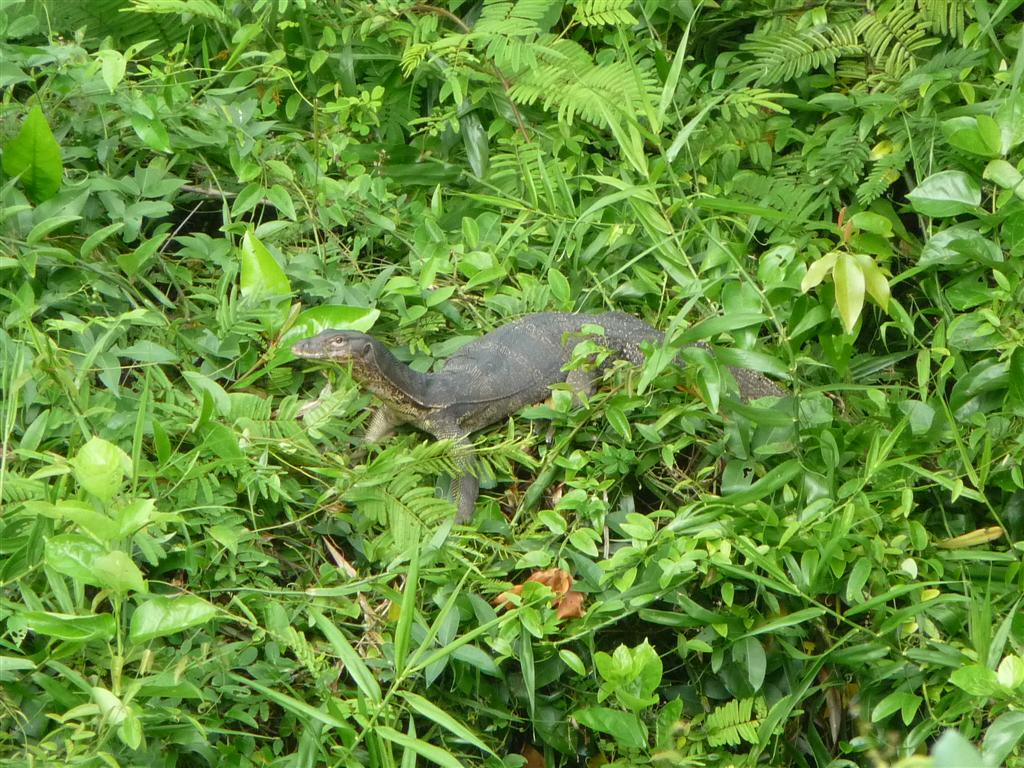 As we settled into the slow pace of life here, every day we saw more and more wildlife – a big dragon climbing in the trees, a golden frog, the biggest lizard we’ve ever seen (about 30cm) catch a moth, many, many hornbills and a cool highlight was a group of about 6-7 sea otters that ran down from the river running through our property and out  into the ocean.   The largest one would have been a bit over a metre and this group was magnificent to see. 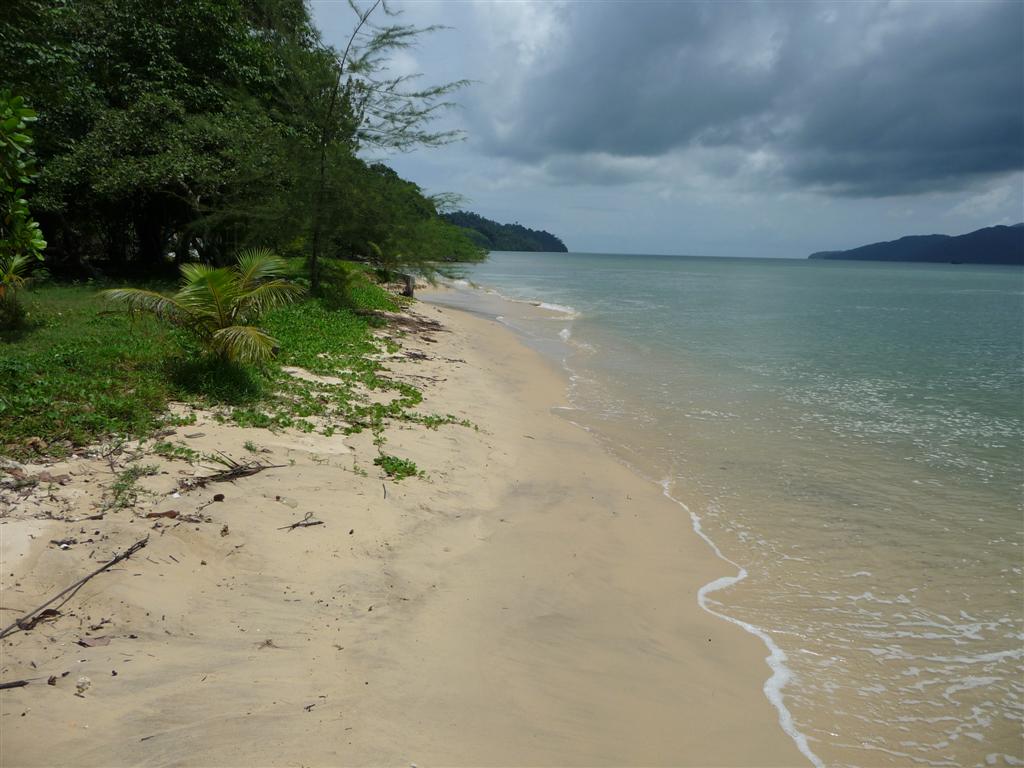 As always we struck it super lucky with our accommodation, the first place we stumbled upon turned out to be a huge privately owned nature reserve with it’s own private beach, a beach that was all ours to enjoy as we were the only guests at this stunning place.  Hooray for low season!  Rainy season also meant that we got to see many cool dramatic skies and some beautiful sunrises and sunsets.

We spent many hours lounging on the beach, or our balcony overlooking the beach, or playing pool in the upstairs of the restaurant building that was surrounded 360 degrees by jungle and birdlife.  We never managed a game of pool without stopping many times to watch the birds flying around and seeing what new species we could see. 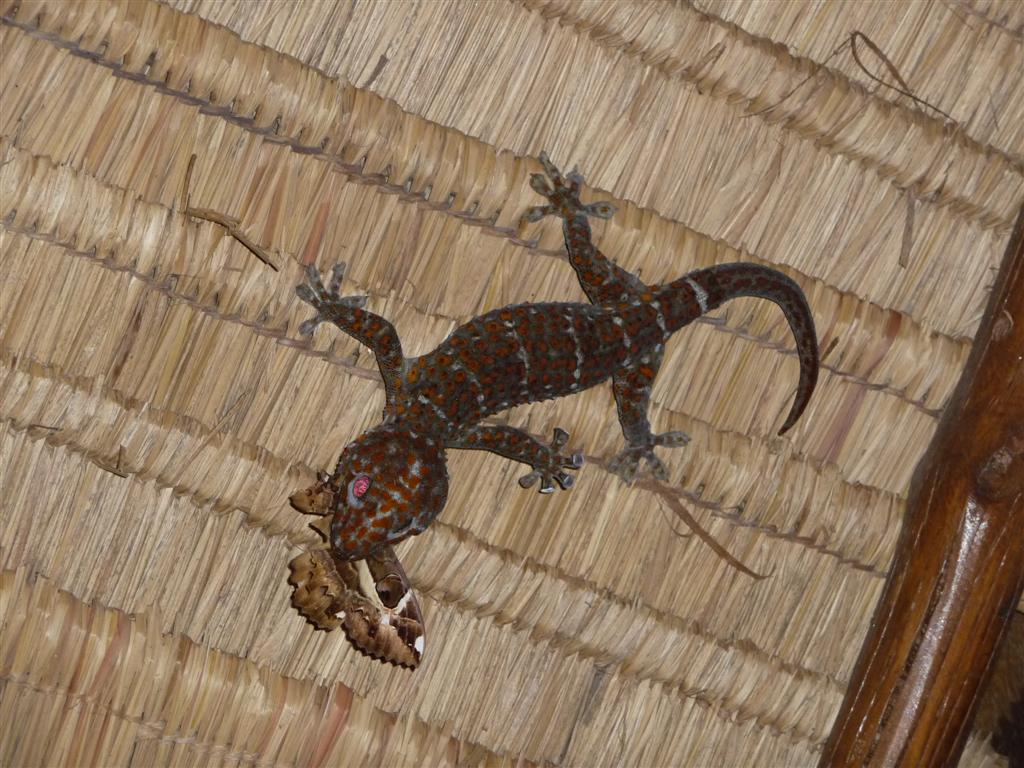 A couple of our days were spent exploring around the island, although this soon lost it’s appeal when we realised that although the island is very beautiful, we were already staying in the most pristine section of the entire island and we had the most abundant wildlife and jungle right outside our bungalow. 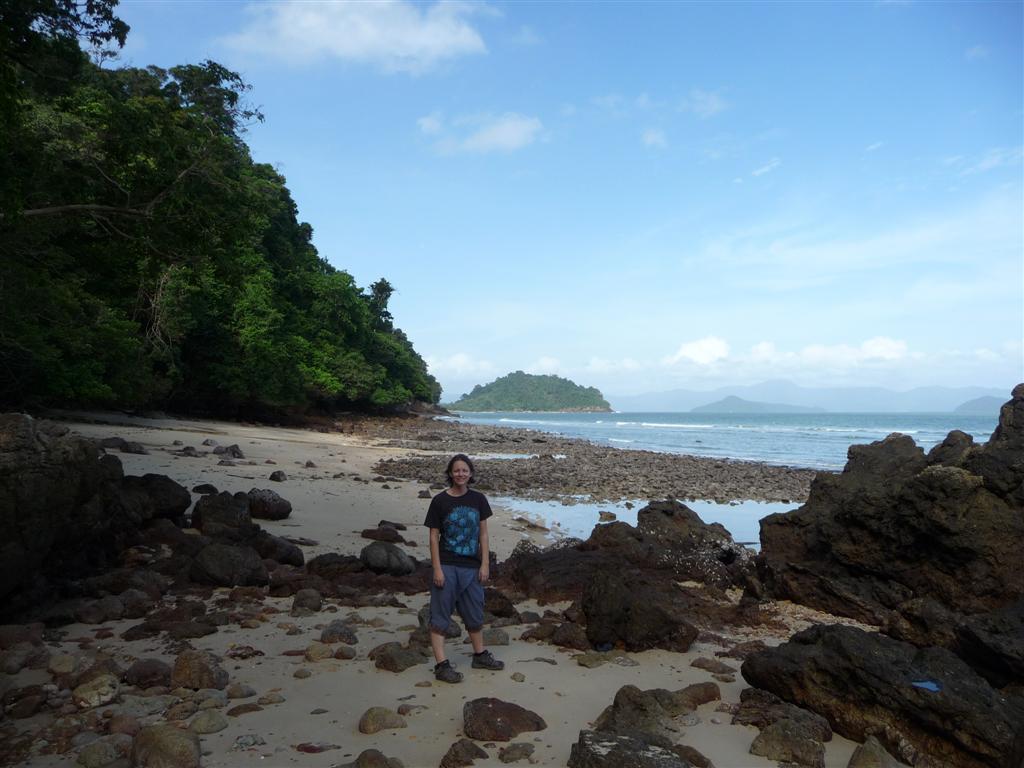 Koh Payam was perfect and utterly serene.  Every noise we heard was either the ocean, or birds or insects, and each night we could fall asleep to the sound of monks chanting across the ocean.  The island temple was near to us at the next bay and so the full moon drumming and chanting as well as the nightly chanting could be heard by us over the water.  The past week of swimming in the ocean and being surrounded by abundant wildlife and jungle has been an excellent way for us to relax in the serenity of nature. 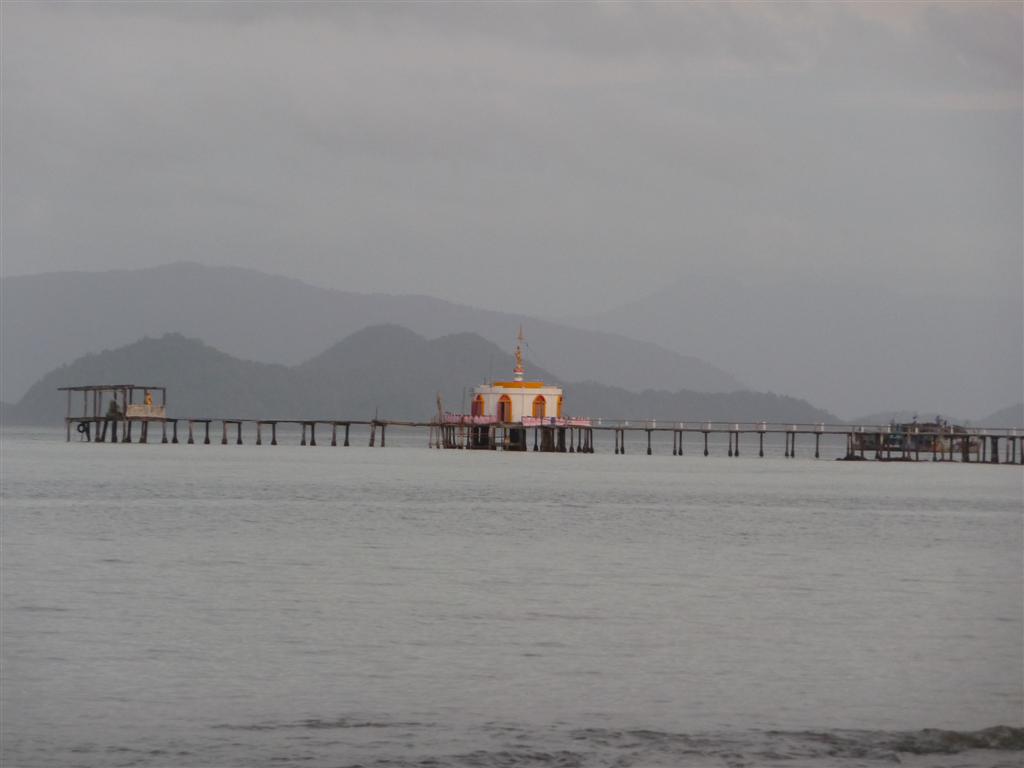