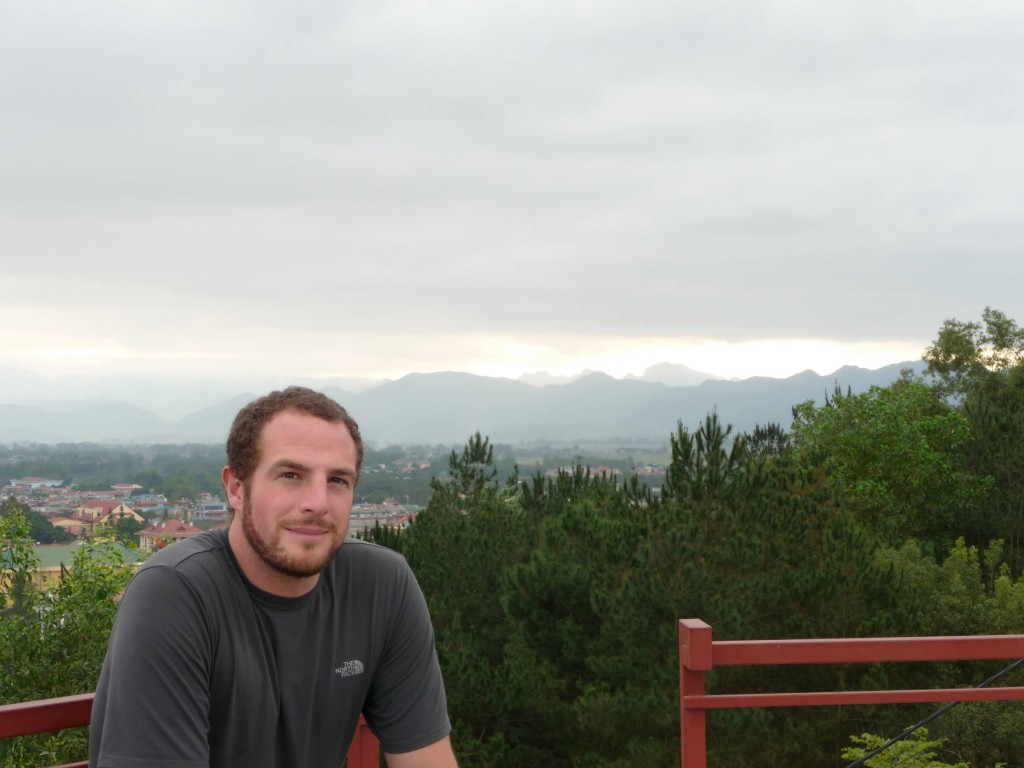 Finally we have found somewhere in Vietnam where people smile back at us, kids wave and giggle when they see us, and people are nice to us!  Dien Bien Phu has been a refreshing and awesome way to finish our time in Vietnam.  Thankfully there aren’t any other tourists here so the locals treat us like normal people instead of ATM’s.

We spent some time wandering around the local market, went to see the ‘Eiffel Tower’ and also climbed up heaps of stairs to the town monument to get really nice views over the town, rice fields and mountains. 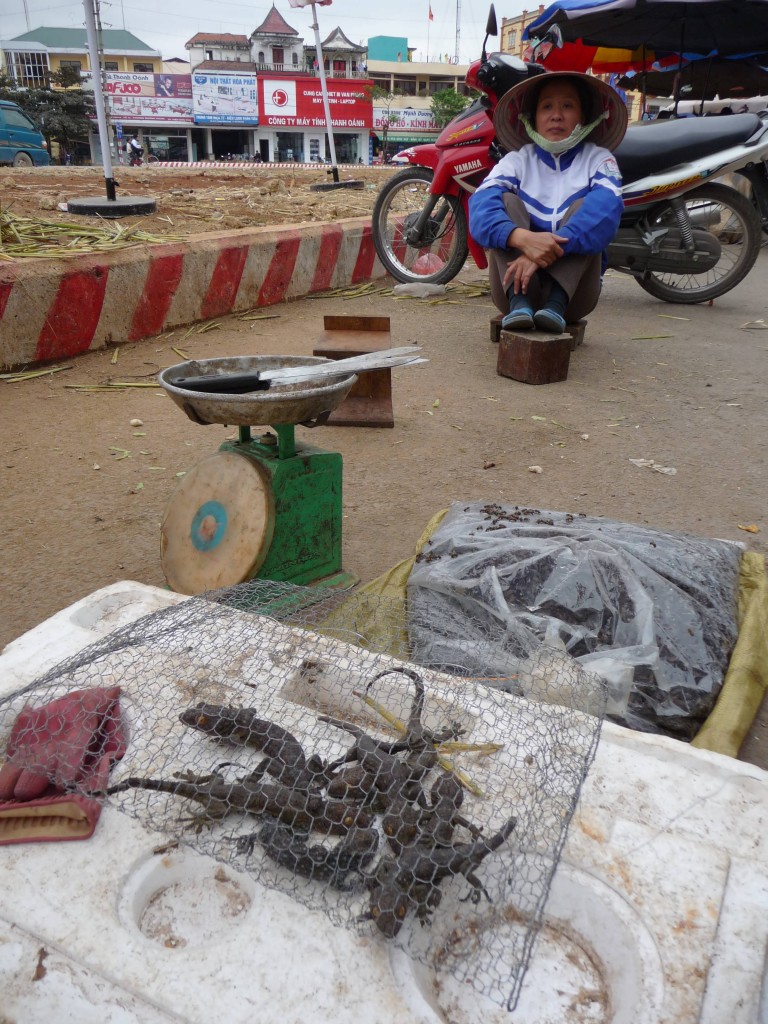 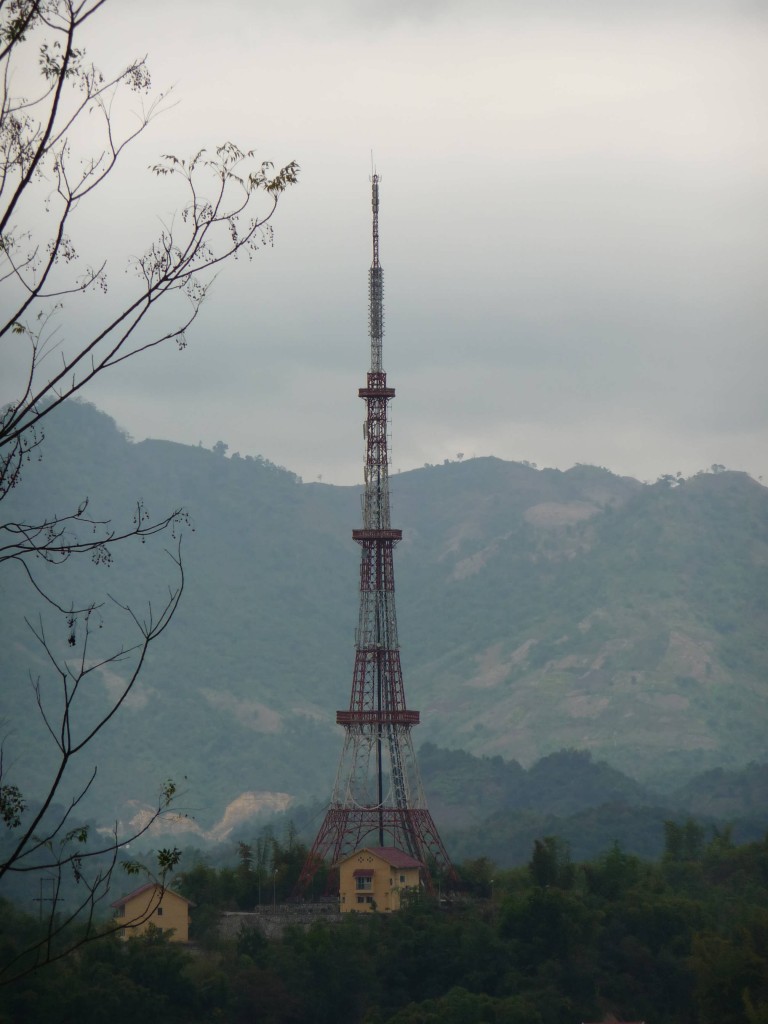 Now we will get the bus to Muang Khua in Laos before heading back to Luang Namtha.  We can’t wait!

The above post was written while we were in Dien Bien Phu and our internet wasn’t good enough to publish it…. As if we needed more evidence that it was a good idea to leave Vietnam, 3 times during the day/evening at Dien Bien Phu we told 3 different receptionists at our hotel that we would be leaving at 5am the following morning so we wanted to get our passports back that night.  All of them assured us that would be no problem, we could collect our passports at 10pm or just before 5am when we were due to leave.  Luckily, at 10pm Dre went and retrieved our passports.  The next morning at 5am we went to check out and the entire place was deserted.  No receptionist to be found, no security guard, we couldn’t find a single person.  This would have been OK if we weren’t locked into the grounds of the hotel!  We walked around the grounds trying to find a way out and the big gate at the entrance had 3 massive padlocks.  Eventually we realised that the only way out was to scale the fence keeping us in – it was either that or be stranded in Dien Bien Phu for another day.  So we literally had to escape our hotel.  We broke out over the filthy fence and ended up with a fair bit of black dirt on us. We didn’t care though, we practically ran to the bus station and jumped on the bus that would lead us back to the safe haven of Laos.