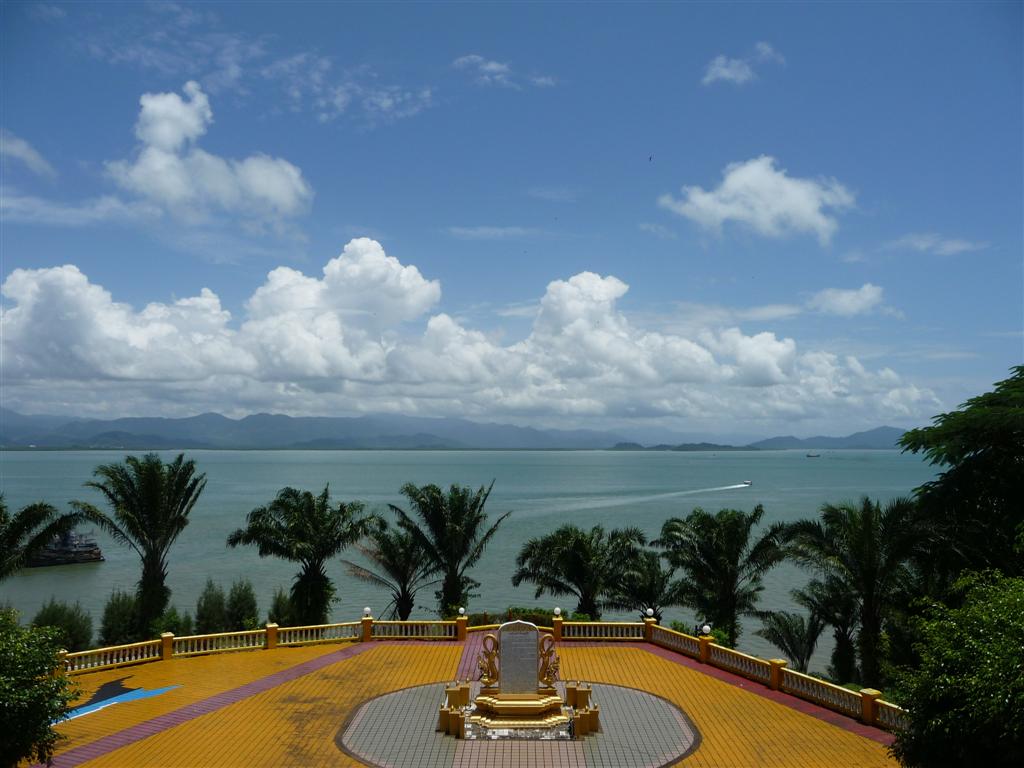 Kawthaung at the southernmost tip of Myanmar (Burma) provided us with an awesome brief insight into this amazing country.  Since we were so close to the border of Myanmar we decided to take the opportunity to pay a visit. 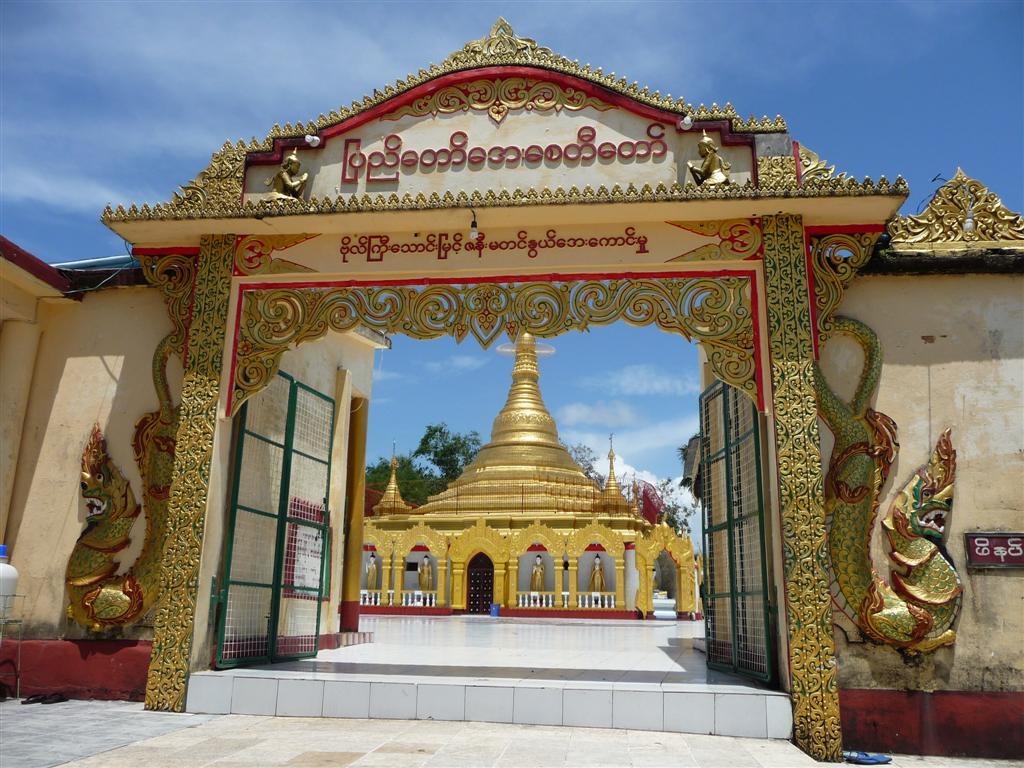 We had imagined that being a border town it might not meet our high expectations of Burma, though we were prepared to give it a go.  To our delight, Kawthaung thoroughly exceeded any preconceptions we had about Burma and we had a fantastic time.

We jumped on a boat from Ranong in Thailand and within about half an hour were treated to our most laid back immigration yet – the Burmese were just happy we were there and several immigration officers actually accompanied us out of the port and helped us with orientation of the town and told us what prices we should pay for various things. 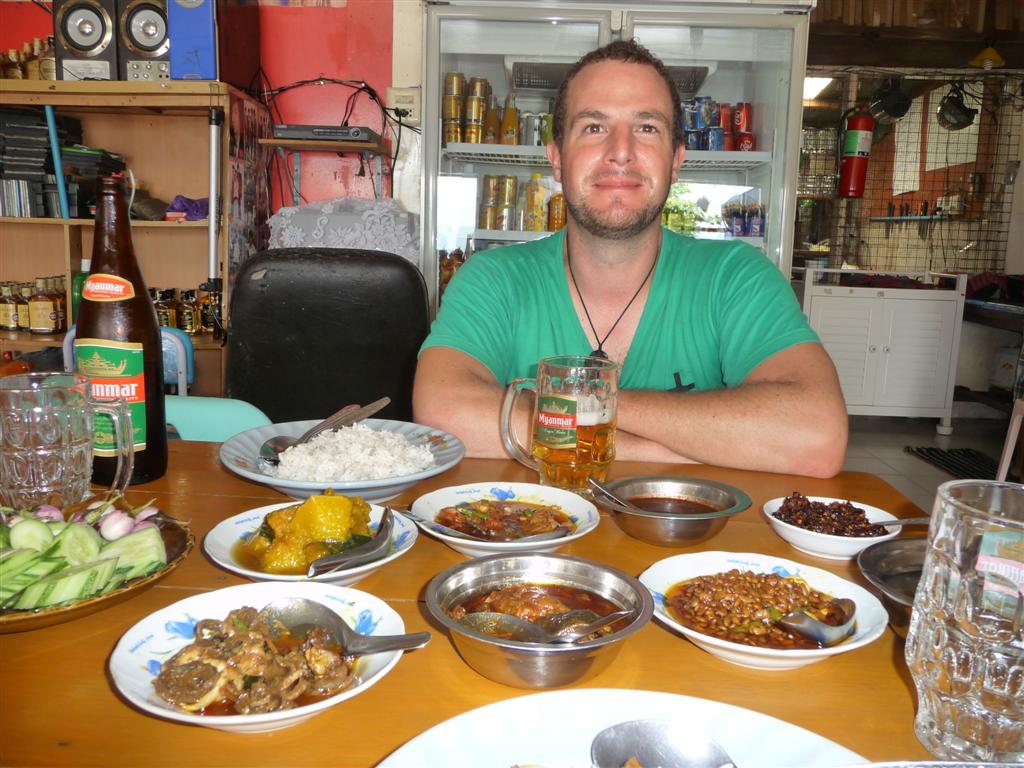 Our first surprise was how amazing Burmese food is!  We were totally unprepared for the exotic mix of spices, a blend of Indian and Thai, but so much better than anything we’ve tasted from either cuisine.  Every single dish we ate was so distinctly different, with spices being so interesting rather than hot or really spicy.  We couldn’t find anything we weren’t in love with eating so ended up eating a far bit.  We were also really impressed with the impeccable service we received, it seems like a blend between modern western society and an old world steeped in tradition and respect.  Staff were aways on hand to prompty and courteously cater for your every whim, and yet also discreetly in the distance leaving you to your own space, ready to jump if you looked as though you might have a question or need anything.

Dre also tried a couple of Myanmar beers, which he loved, and set out in search of the famous flavoured Cheroot cigars to try.  As testament to the astoundingly friendliness in this town, when he did find some Cheroots he explained to the guy (who we soon learned didn’t have much English) that he didn’t want a whole packet, he just wanted one to try.  An immigration guy came up to us and helped out with the transalation, and after the brief conversation the Cheroot vendor wanted Dre to have three, for free, as a gift from his country.  Wow.  We totally didn’t expect a border town to be so welcoming and user friendly. 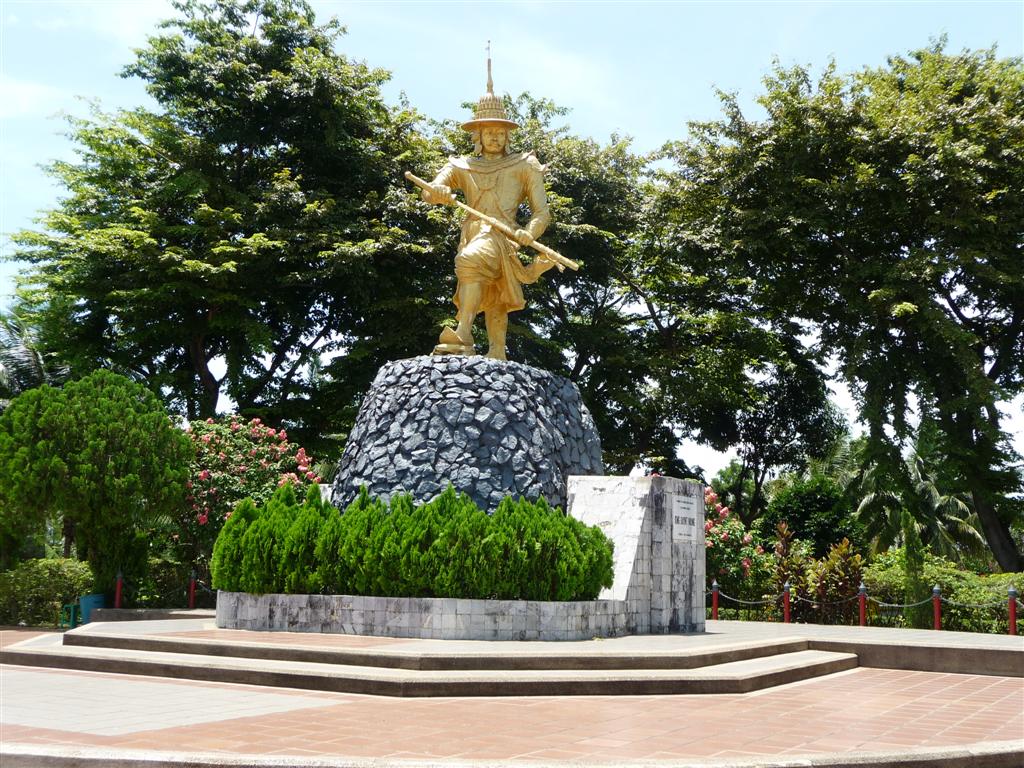 We spent the rest of our time seeing the standard things of the town; the King’s statue which overlooked a stunning vista of ocean, islands and mountains, a couple of temples, which were so different in style from any others we’d been inside, and basically just watching the world go by.

The outside of the temples looked fairly similar to some temples you see in Thailand and Laos, but the insides were vastly different.  Completely mirrored with small tiles and broken up into many small rooms or compartments each with a buddha image inside.  It was really interesting.

We were also amazed at how much English so many people had; thinking about it, it does seem logical since Burma was colonised by Britain for some time, and it was so nice to be able to communicate with the people. 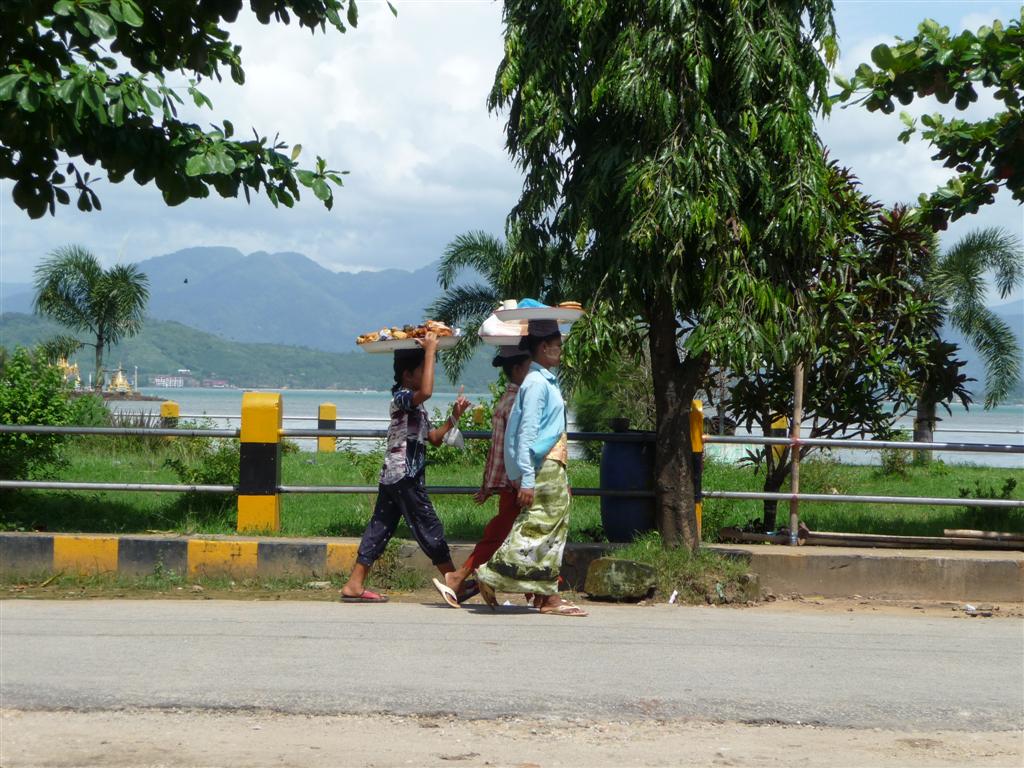 The Burmese people we met were such a striking mix of modern and traditional… most of the men still wear Longyi – sarong type garments and also speak impeccable English; women paint their faces with Thanaka and carry large loads balance on their heads and still want to stop in the street  and ask you where you’re from; everything seemed like such a contrast.  You see two people conversing in the street, one with a modern business suit and the other with traditional clothing and everyone seems completely at ease with each other.

We also saw yet another giant wasp!  This one was very shiny with an irridescent blue and green body that changed colour in the light. 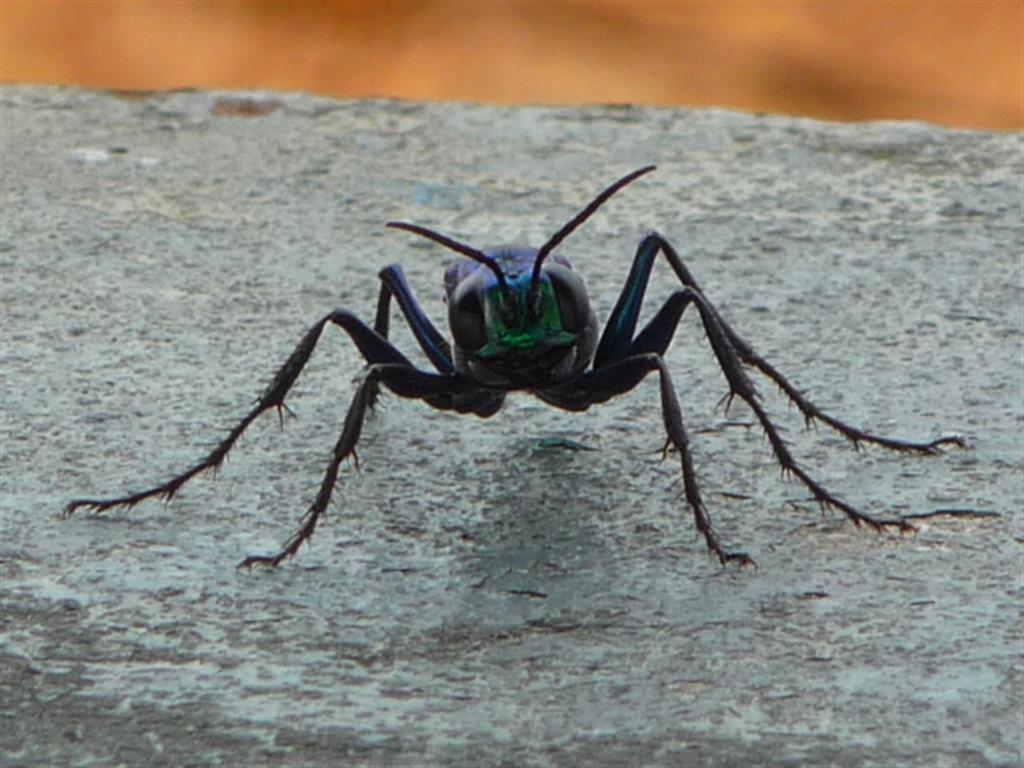 All in all our burmese adventure was so much more than we hoped it would be and has left us in eager anticipation to return and see this country properly – we can’t wait!