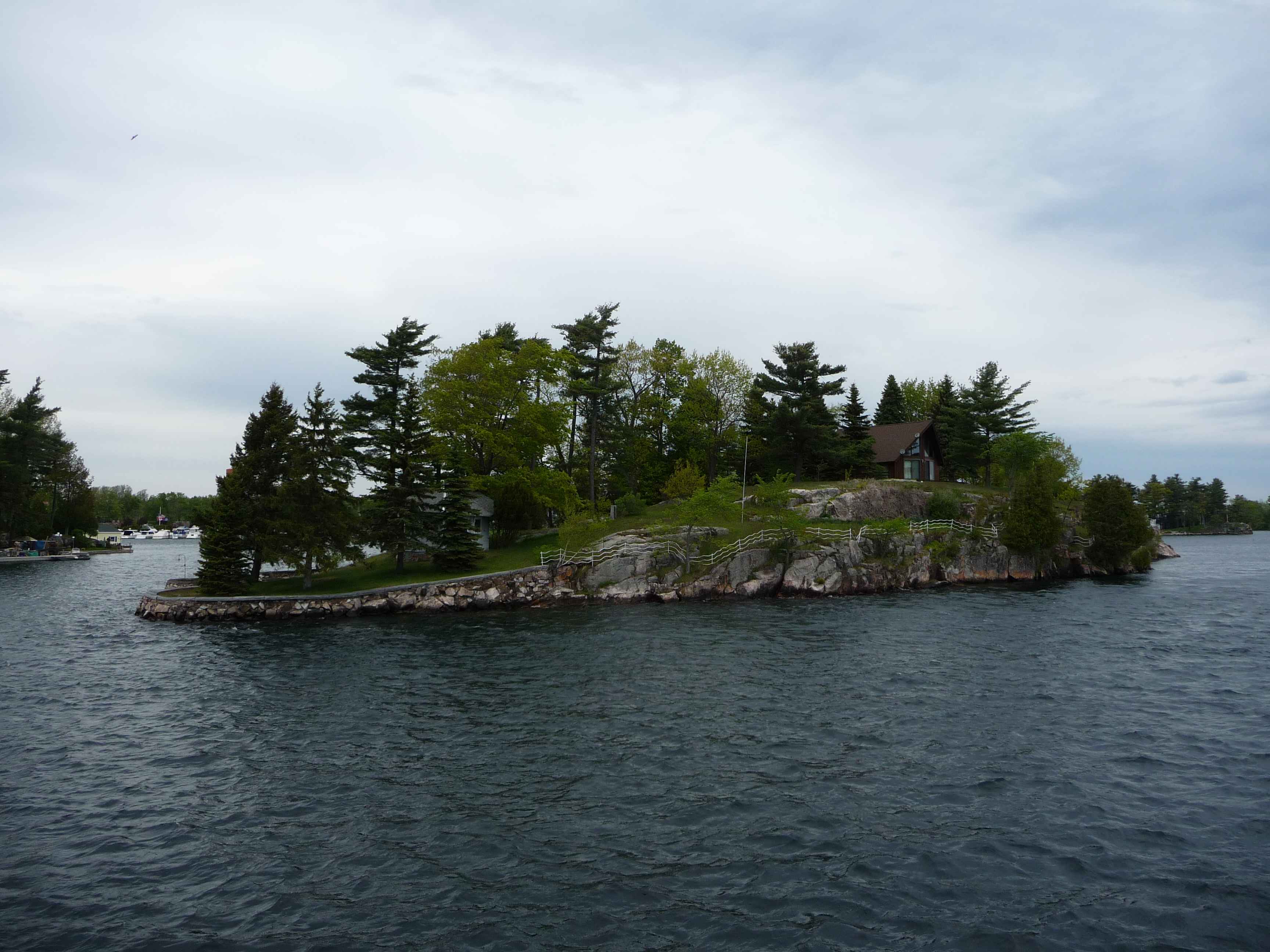 On the way to Montebello we stopped at Kingston, and did a Thousand Islands cruise.  It was a pretty little section of river that divides USA and Canada, and had 1842 islands to be exact.  There were some with only enough room on the island for a small house, and other larger islands with a few houses.  They are primarily peoples summer homes, as the river freezes in winter (but not enough to drive on), so unless you have a small plane or helicopter there is no way to get to the islands in winter.  We saw everything ranging from a small shack to a castle which was built for a rich man’s wife, and once the exterior was completed she died, so the inside is still now a big empty space.  Dre found a fancy house and island that he wants to buy :-)

After that we arrived at Montebello, a huge red cedar lodge on the Ottawa river that was built in 1920 and started off being an exclusive club before becoming a hotel. 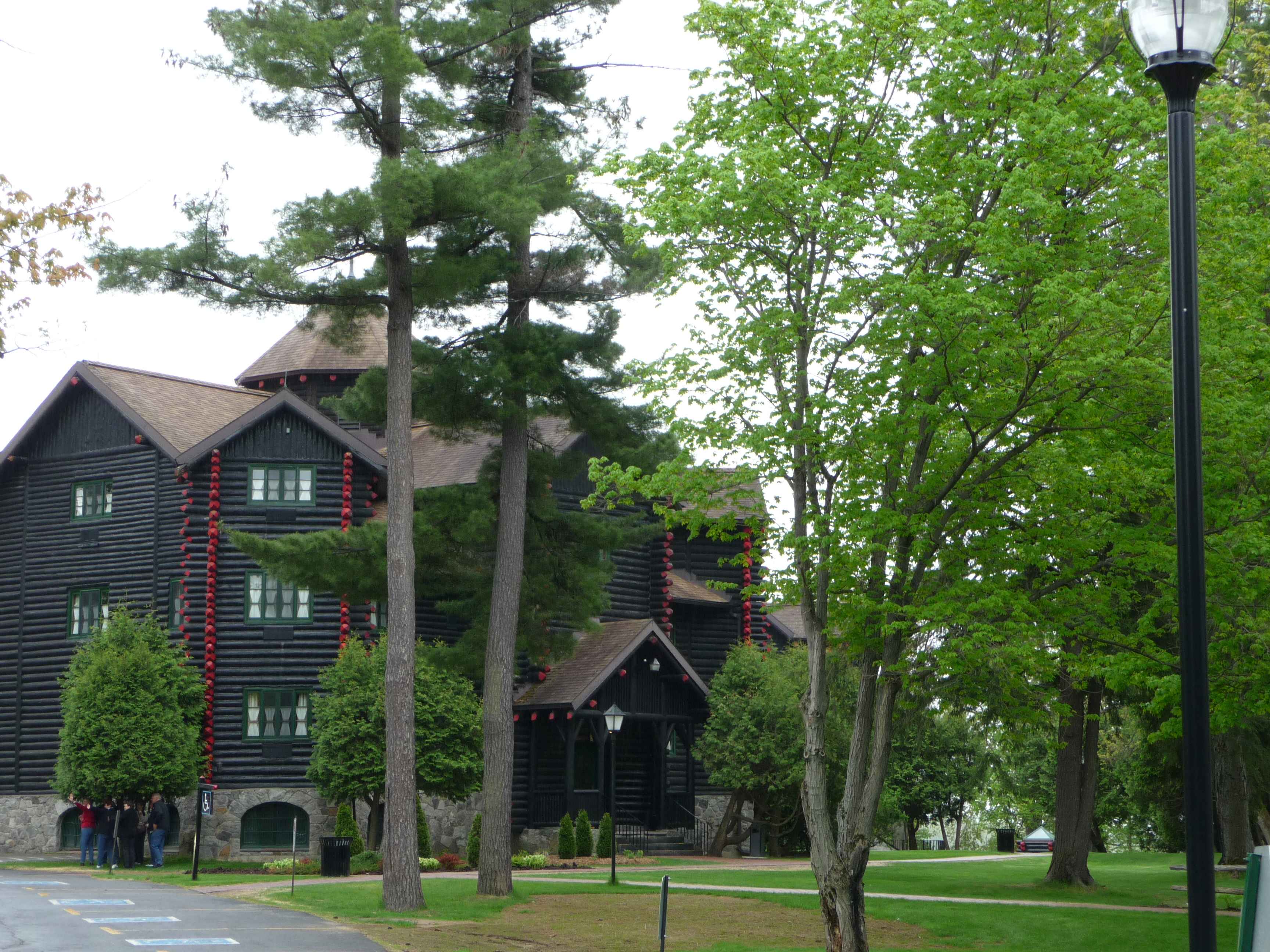 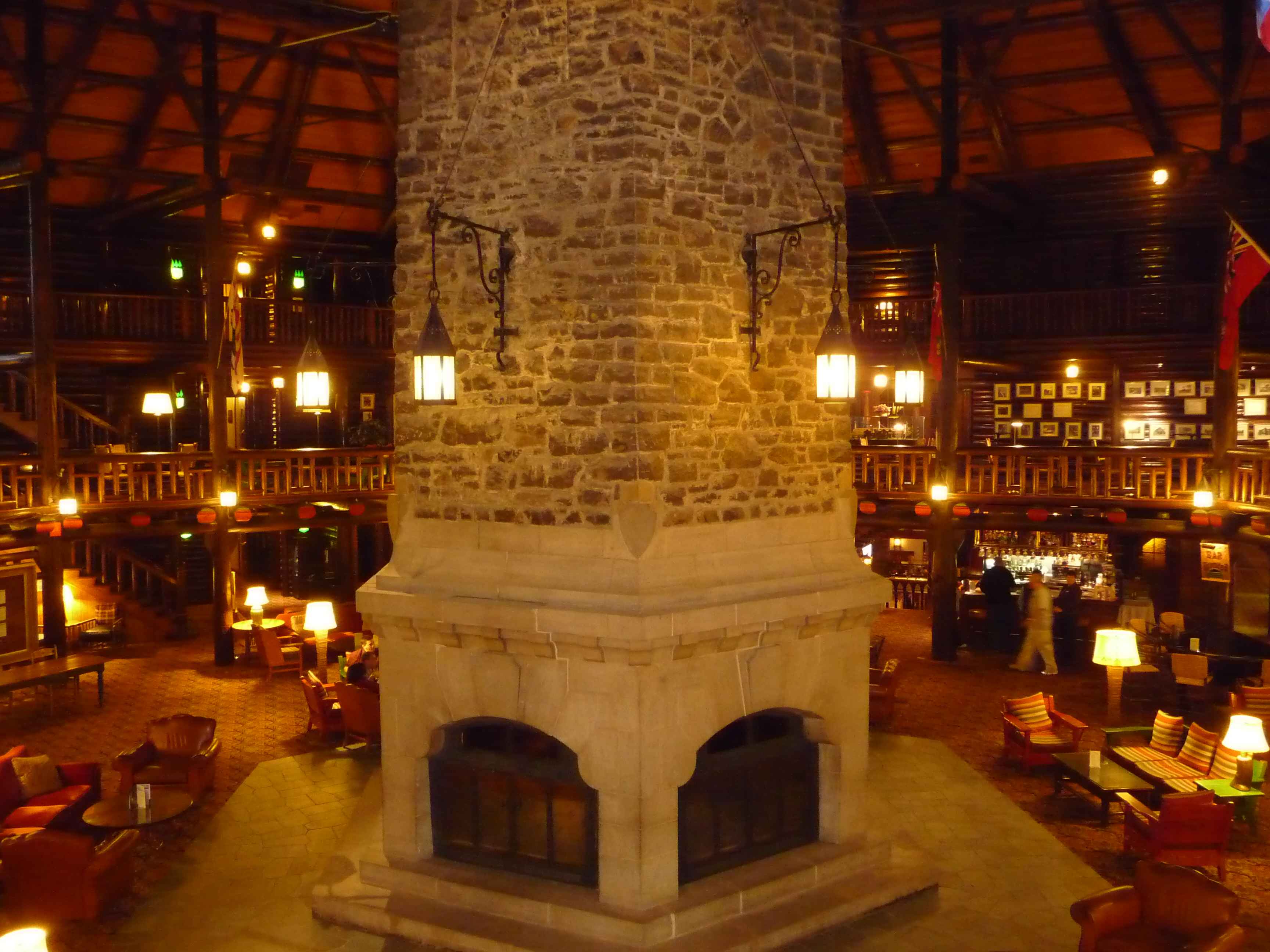