We decided to spend a day riding to Chiang Saen and seeing the ruins and surrounds there.  We’ve been thinking of going to Chiang Saen for probably the last year but hadn’t got around to it until now.  We allowed ourselves quite a few days to chill out in Chiang Rai before heading to NZ, so although our timing wasn’t fantastic to see a new place (because of all the fires in northern Thailand at the moment there is smoke everywhere) we decided that we’d already delayed enough; now was the time to take the journey to Chiang Saen. 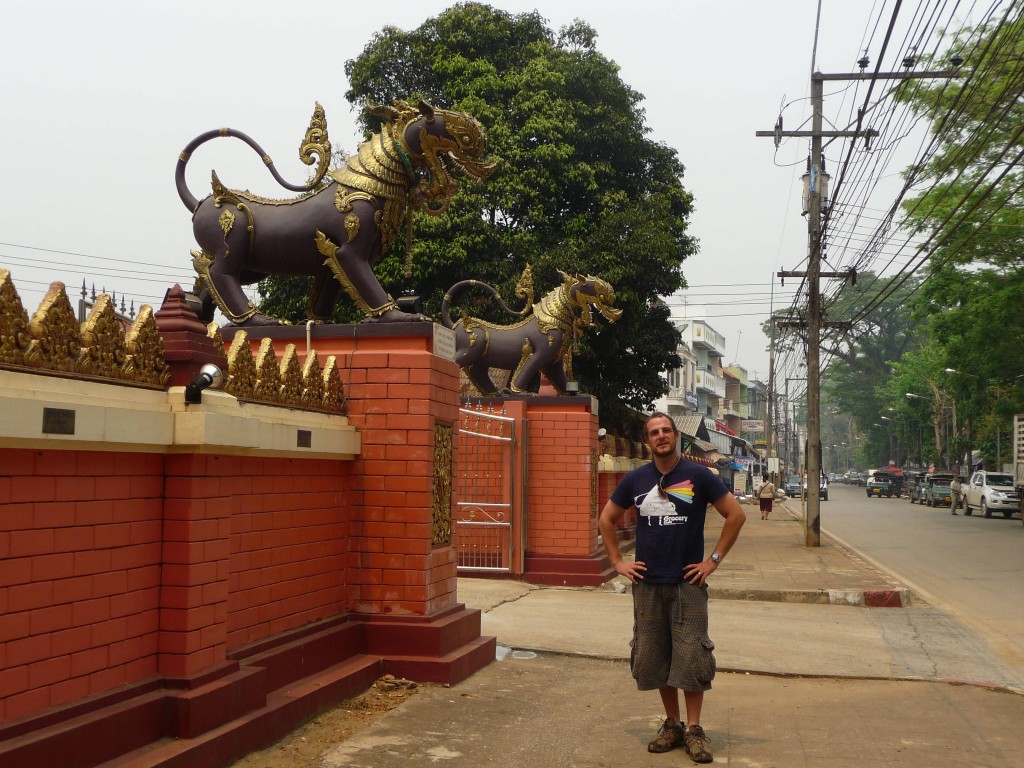 Our visions of quaint country back roads similar to those we drove on in southern Thailand when driving from Koh Lanta to Malaysia were quickly dashed when we realised that the road was pretty much a highway, in preparation for the expected traffic increase when the bridge to Laos goes in later this year.  And, after we’d been on that big, wide road for probably 45 minutes, it turned into a really long stretch of dusty, not-yet-complete road with muddy patches as well.  At one point we considered turning around, because the dust really was thick and combined with the smoke it wasn’t the most pleasant way to spend a day, but thankfully we decided ‘just 10 more minutes’ and after about 5 minutes we arrived in Chiang Saen. 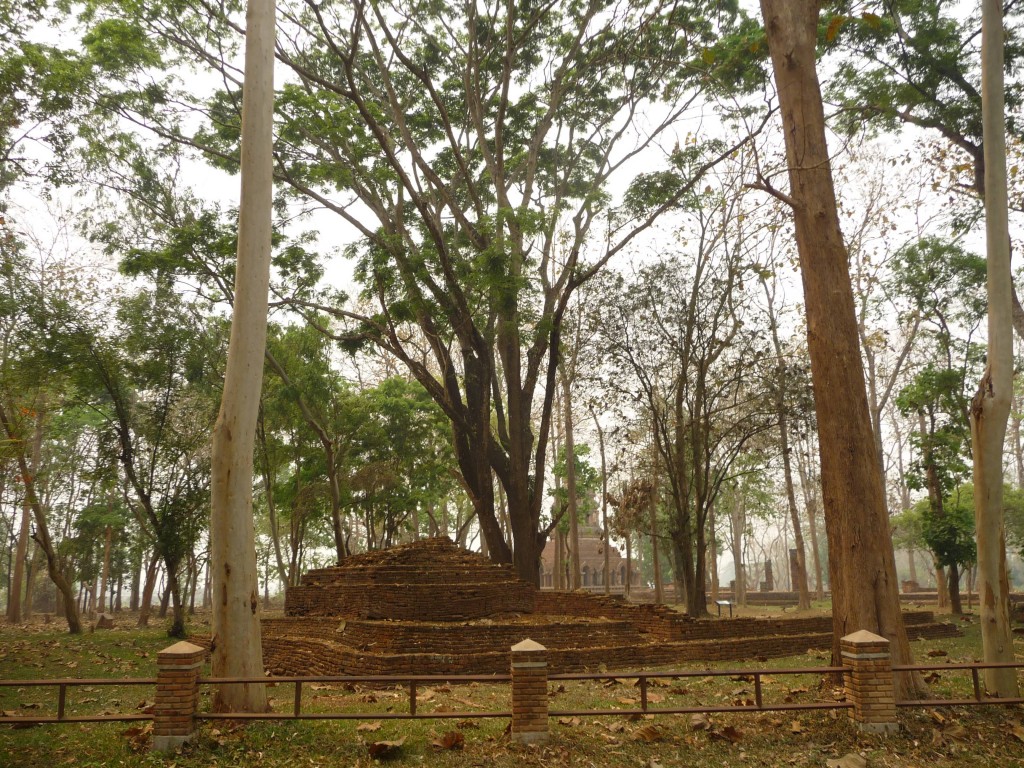 The town itself  was pretty much non-existent, the view of Laos across the Mekong looked like it would have been really lovely on a clear day but was quite hazy when we saw it. 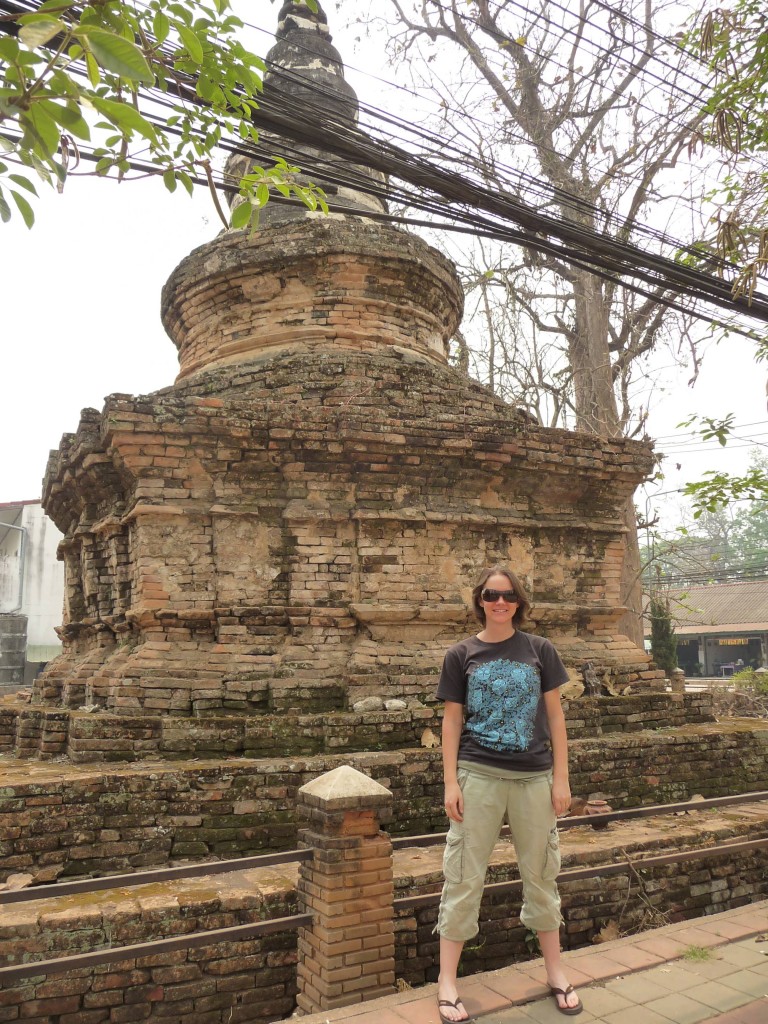 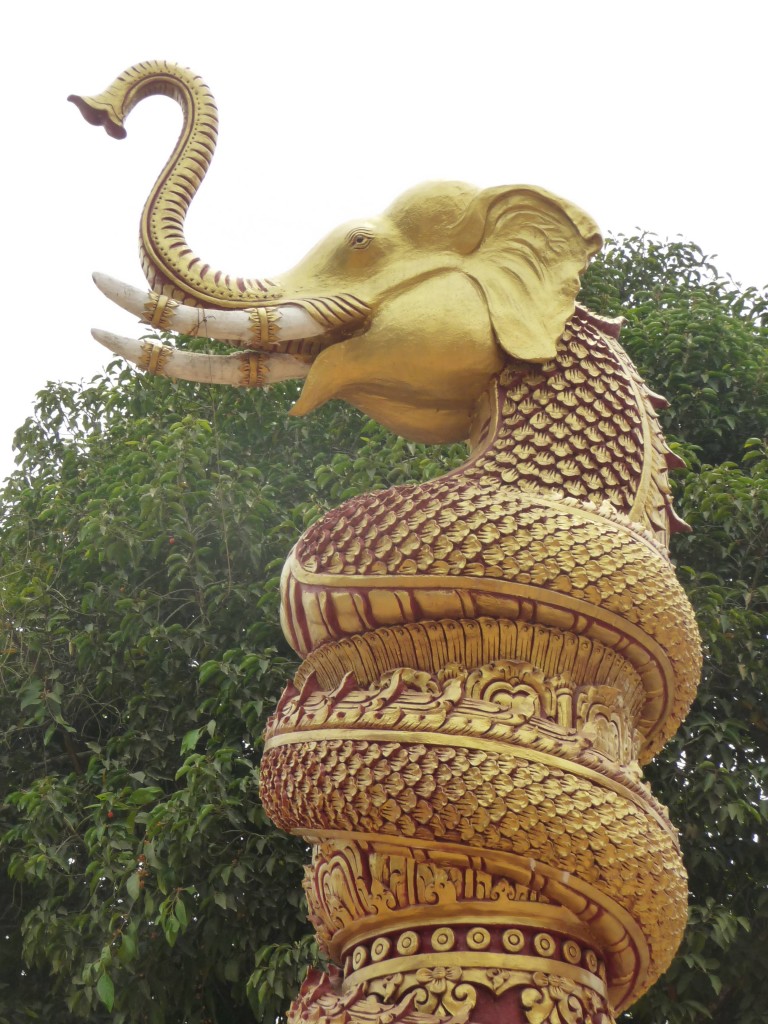 The main attraction was meant to be a lake (which we didn’t find) and lots of archaeological ruins and a few temples.  The main temple turned out to be really cool, up there with one of the coolest we’ve seen in Asia; partly because it was surrounded by loads of trees filled with loud cicadas and partly because it was half ruins and half open air, giving it a really unique feel. 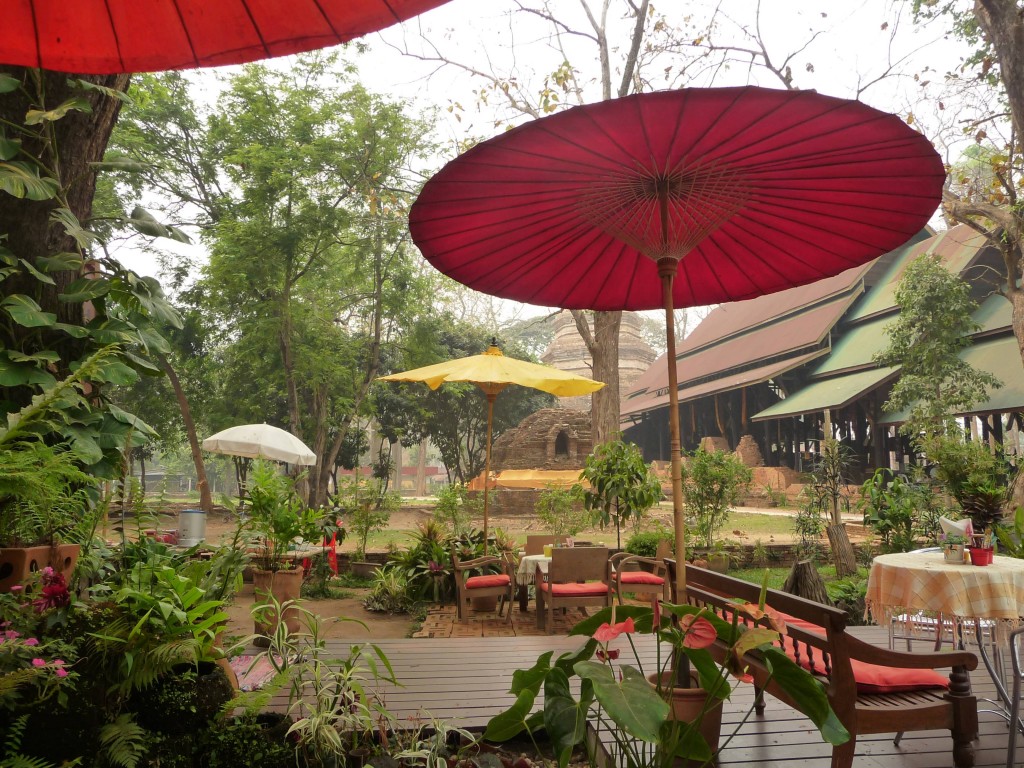 We spent some time sitting in the grounds just soaking up the awesome atmosphere and then decided to head off to see the other ruins, which were also quite nice.  We found some trees covered with huge amazing flowers that smelled really nice too! 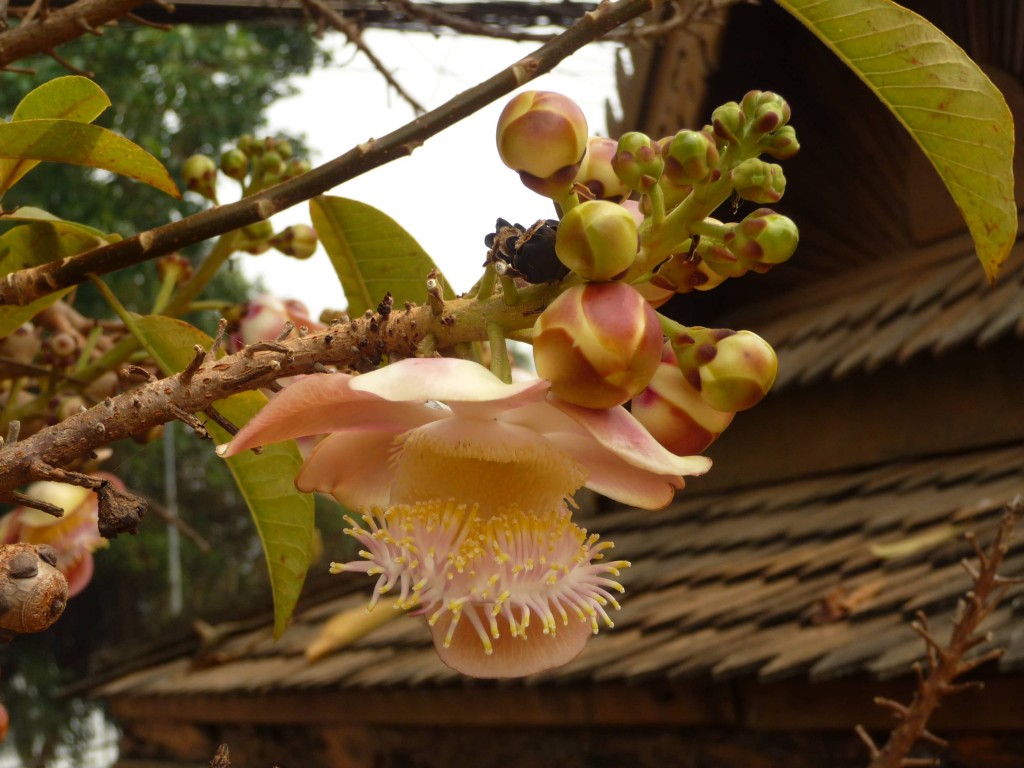 By the time we got back to Chiang Rai we were both orangey-brown, covered in dust, and still both thought we’d had a pretty good day out.  We decided that was enough energetic sight seeing for this time, so decided to spend the rest of our days chilling in Chiang Rai before heading to NZ.  Our photos of are here.