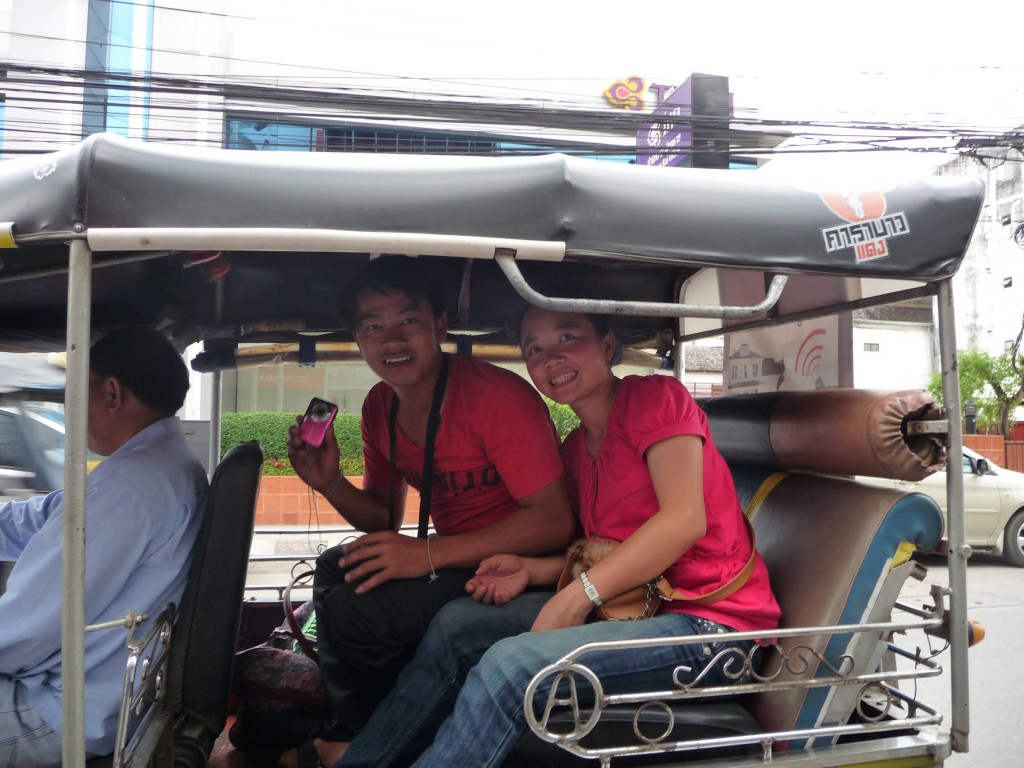 We to Thailand to get supplies for Project Laos that we couldn’t buy in Laos. This consisted of food (including things like cheese, olives, tomato paste, olive oil, butter, sliced bread) and appliances such as toasted sandwich maker, juicer, electric elements, microwave, grill, coffee machine and grinder, toaster, speakers, and other things like that needed to set up the shop. 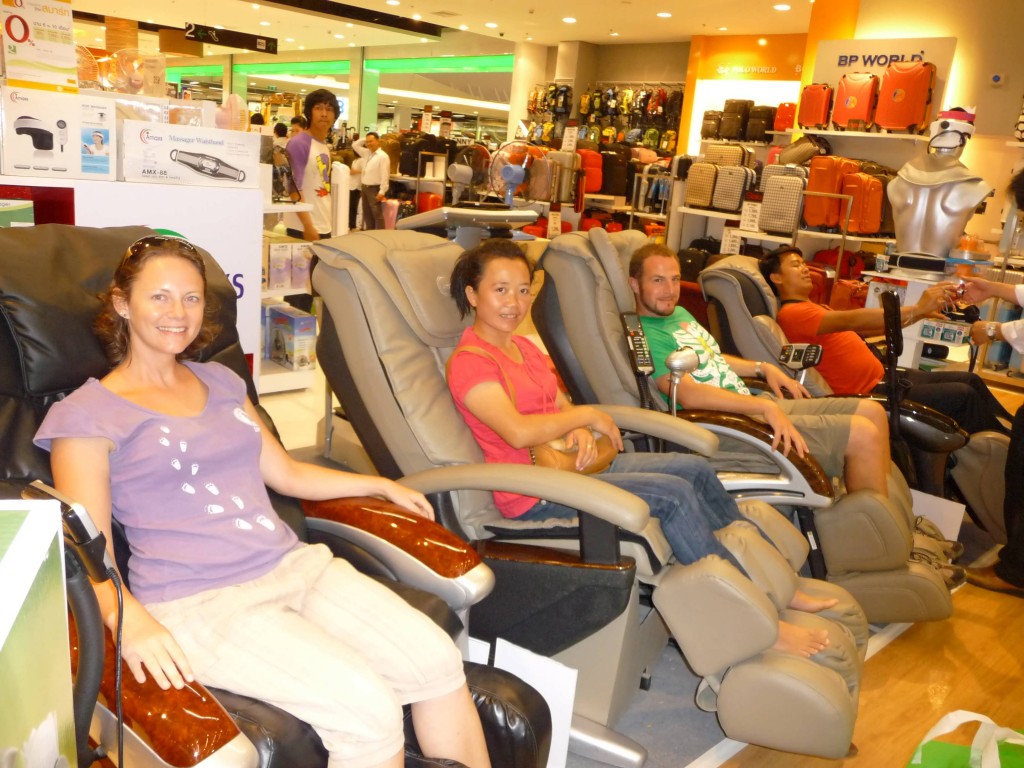 Our time in Thailand was filled with many ‘firsts’.  For Thong, it was his first time outside Laos.  For both Paet and Thong, it was their first time inside a mall, sitting in massage chairs, drinking real coffee, having a swim in a swimming pool (we had to instruct Thong that he had to wear bathers rather than swim naked!), having a warm shower (we had to teach them how to turn it on and adjust the temperature), eating toast (Thong proceeded to put jam on both sides), even using a knife to spread jam and butter was a first.  It made for a really interesting and entertaining experience for all 4 of us.  Next time we’ll definitely go for longer, we didn’t even have time to show them the White Temple or any of Chiang Rai’s attractions other than the walking street and night market.  Before we went to Thailand Thong told us that because they don’t have passports, they could only stay for a couple of days.  We later found out that he actually had no idea, (they can actually leave for 10 days) but was scared to death of leaving Laos (especially to go to Thailand, as the two countries have bad history from centuries ago) so wanted to spend as little time as possible away.  Once there he agreed that there was nothing scary about Thailand and that it was in fact really fun.  So bring on next time, where we will have time to show Paet and Thong some of the more interesting sights.