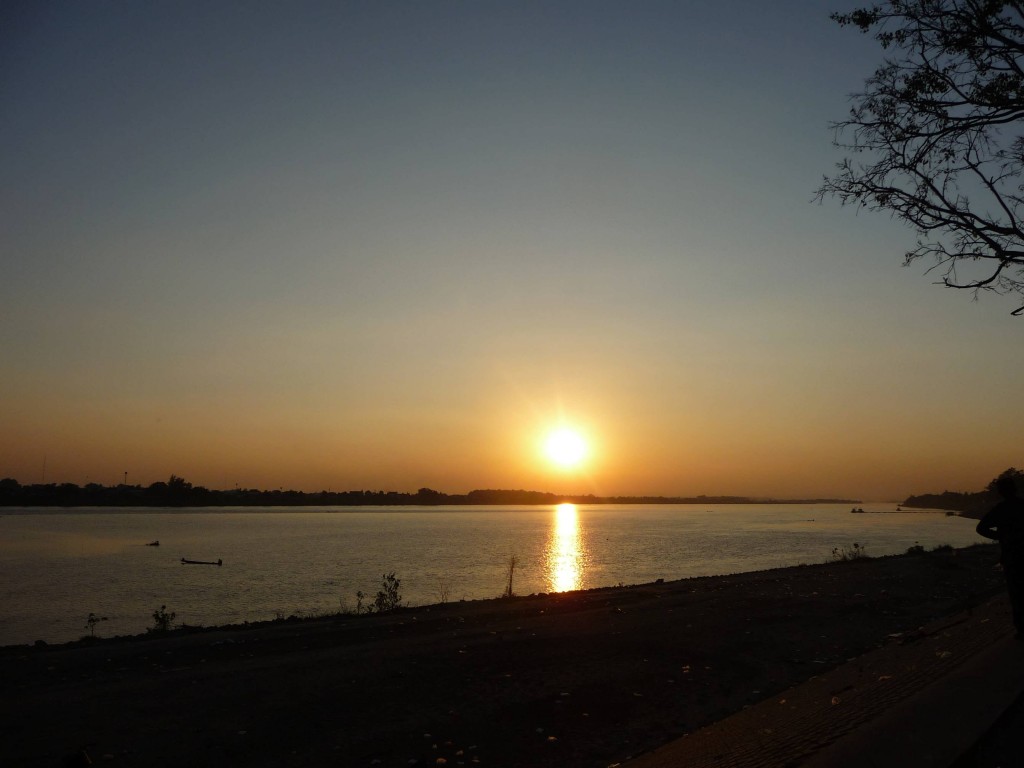 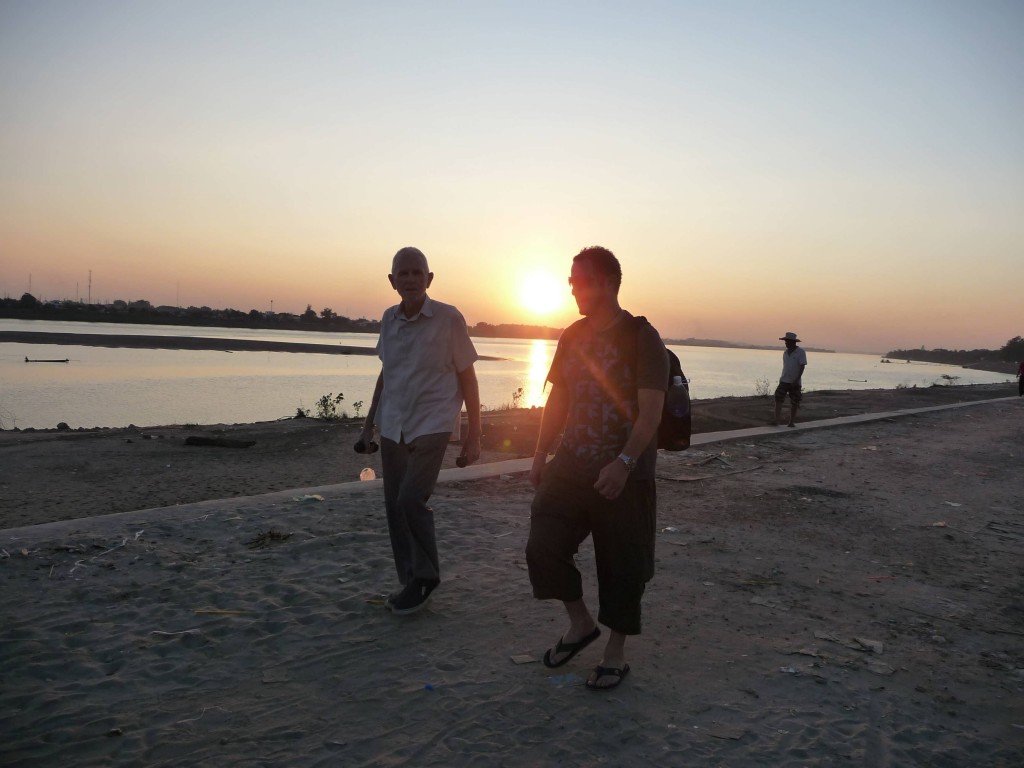 You may or may not recall, a couple of months back we went up a temple on a hill in Chiang Rai and far in the distance we could see another cool looking temple.  We mentioned on this blog that we hoped to find it at some point in the future, so this time when we were in Chiang Rai Dre accepted the challenge of picking the right road to find this temple.  And succeeded! 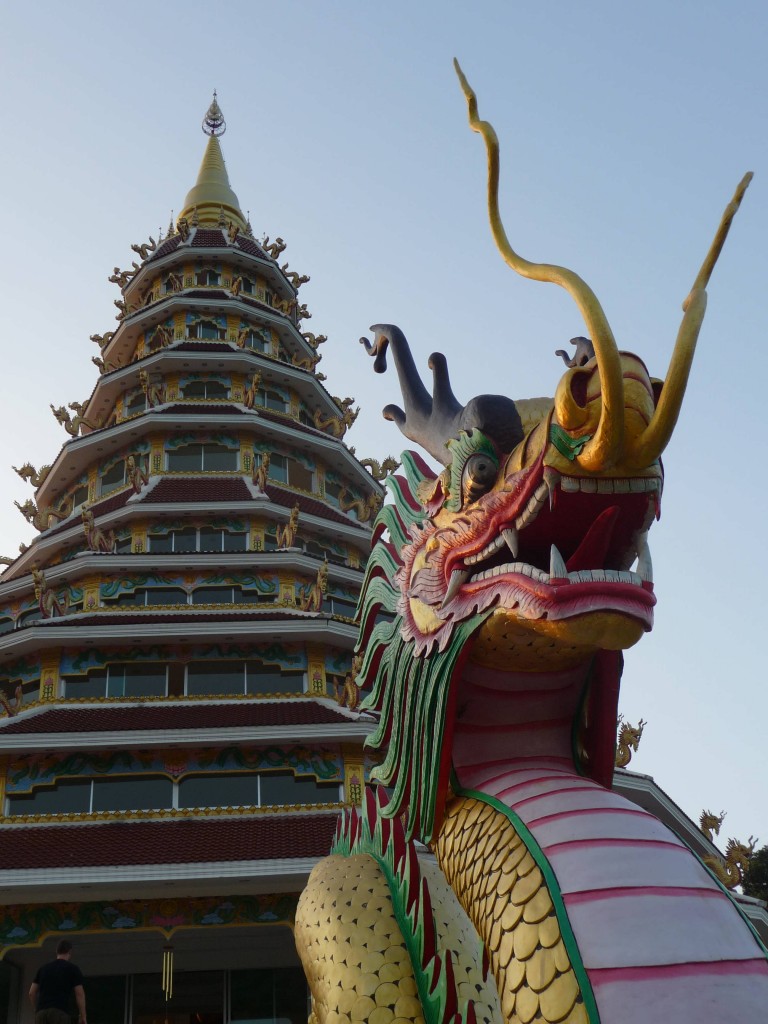 From the hill we first viewed it on, it looked almost like an Aztec structure but when we got up close it turned out to be a fairly new, very well maintained Chinese temple.  We arrived with perfect timing – we got to see the sunset behind the temple and when we walked right up to the top inside the views from every side were amazing.  Inside the smell was so good – all of the Buddha’s and other statues were carved from Sandalwood so the entire temple was filled with the awesome scent of the wood. 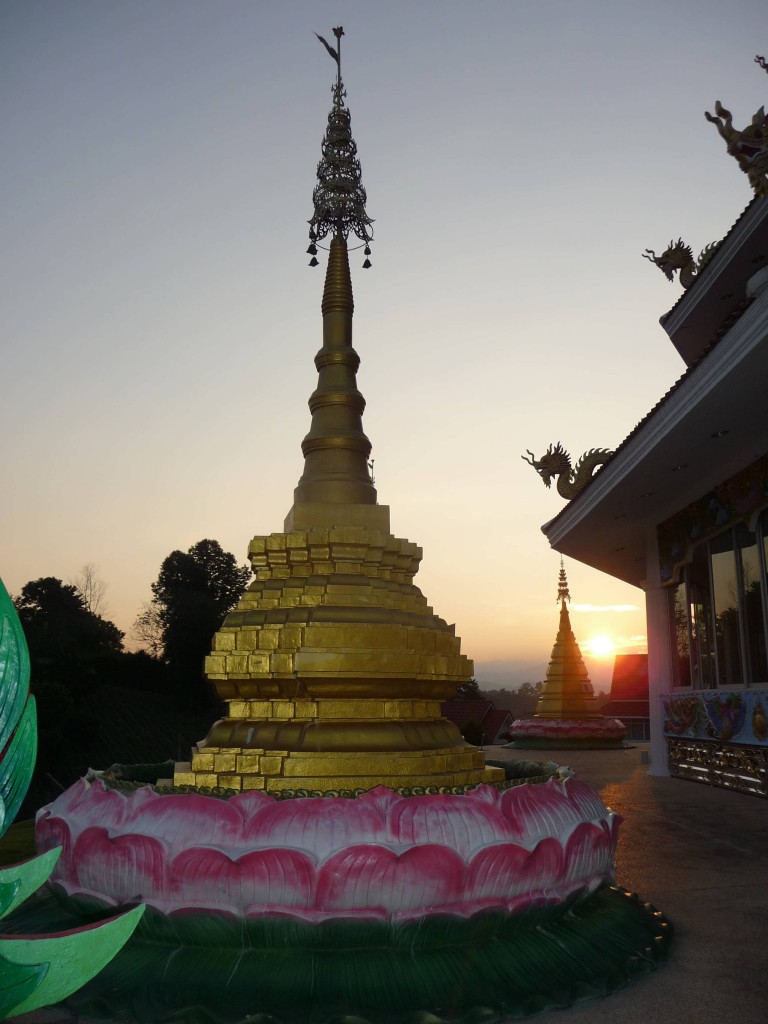 Thong came to meet us to take everything back to Luang Namtha for the shop, and so we took him to try his first ever pizza.  He went into the kitchen and convinced the staff to let him try olives, capers, and anchovies for the first time also – they thought it was hilarious for a sheltered jungle boy from Laos to come to the big city in Chiang Rai and try so many ‘firsts’. 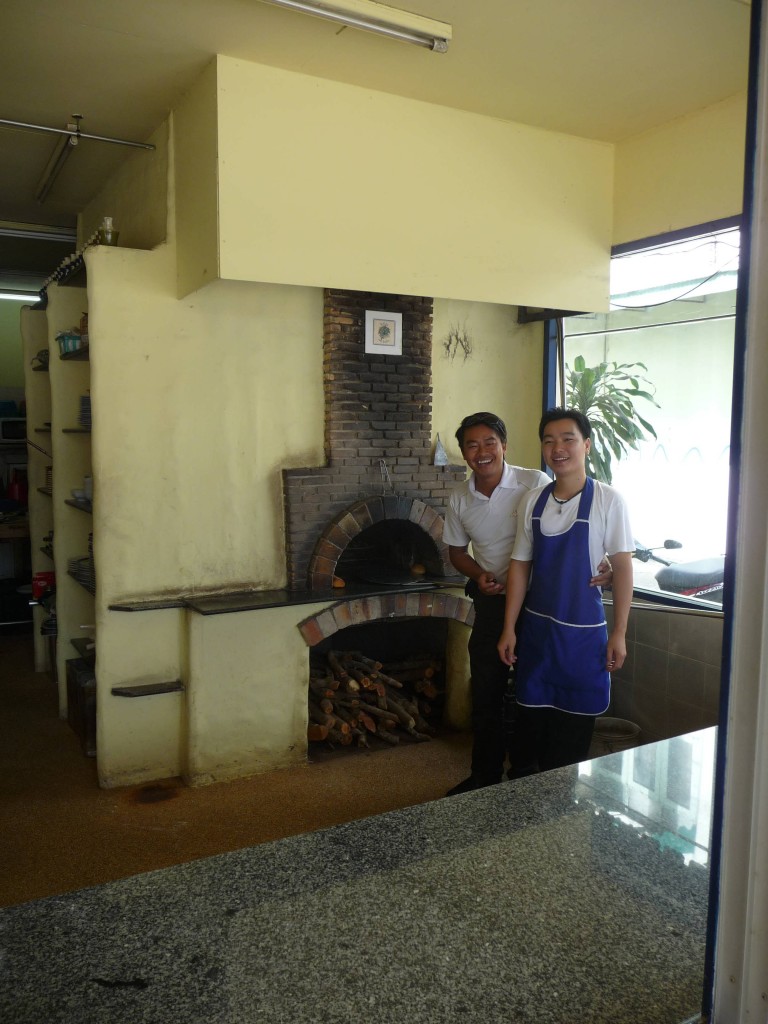 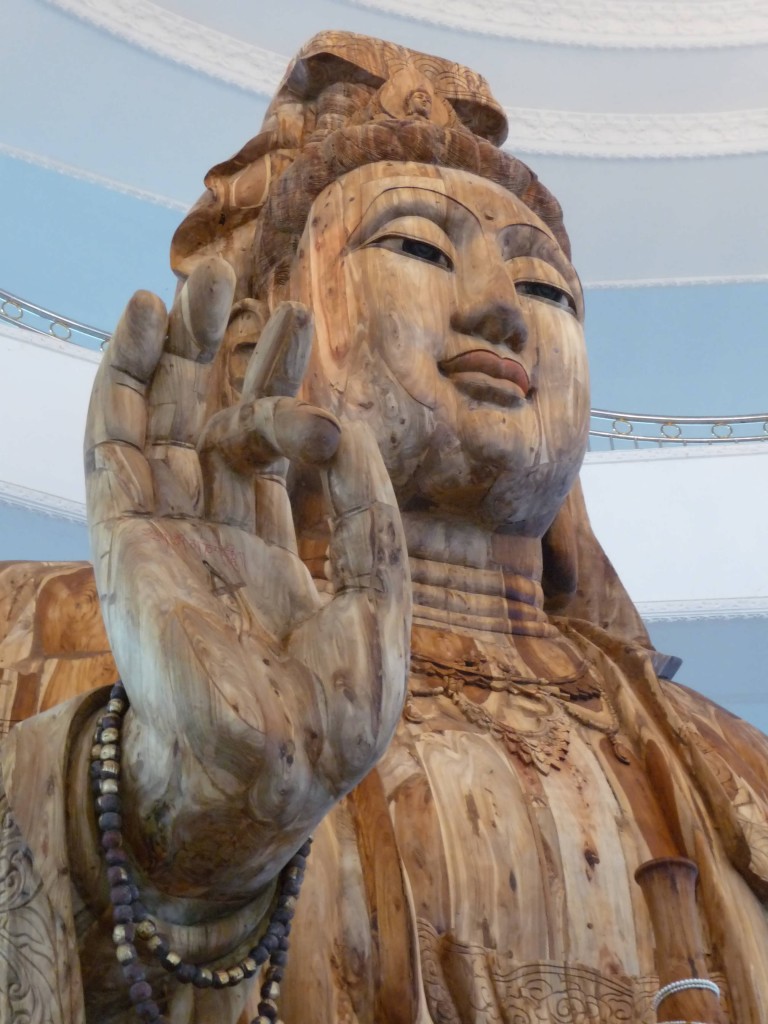 Now we are about to board a night bus for 15 hours to get to Vientiane – it’s much quicker to go this way than to travel down Laos and unfortunately we have to return to our least-favourite part of Laos to get our new visas.  Our photos from Chiang Rai are here.