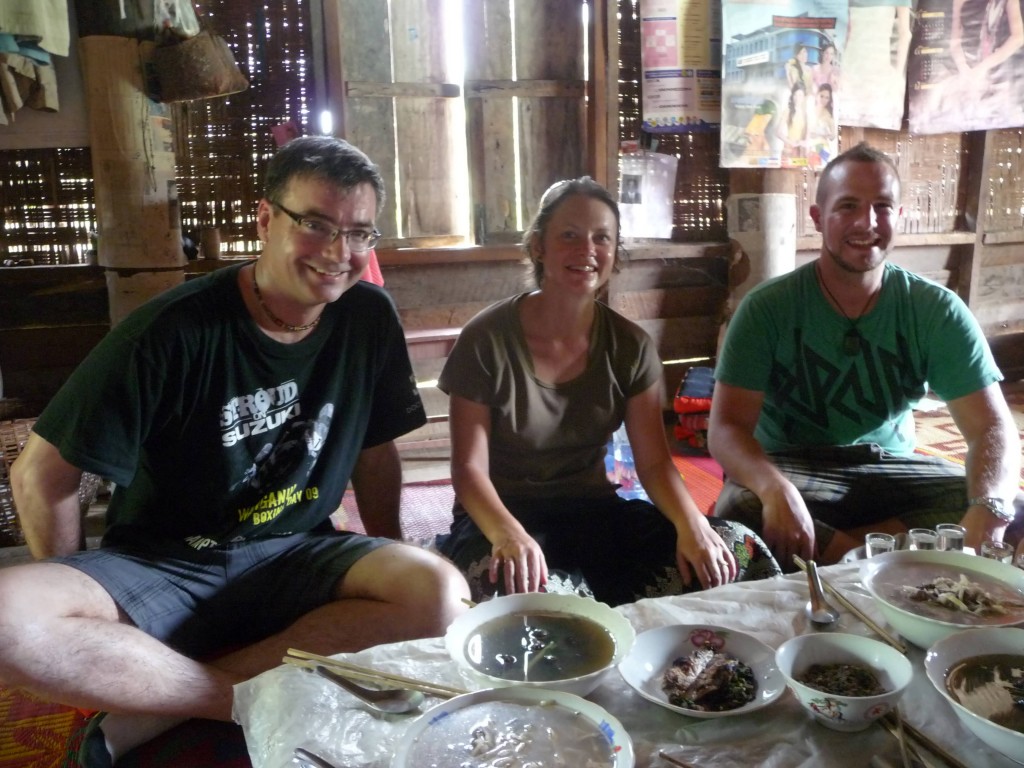 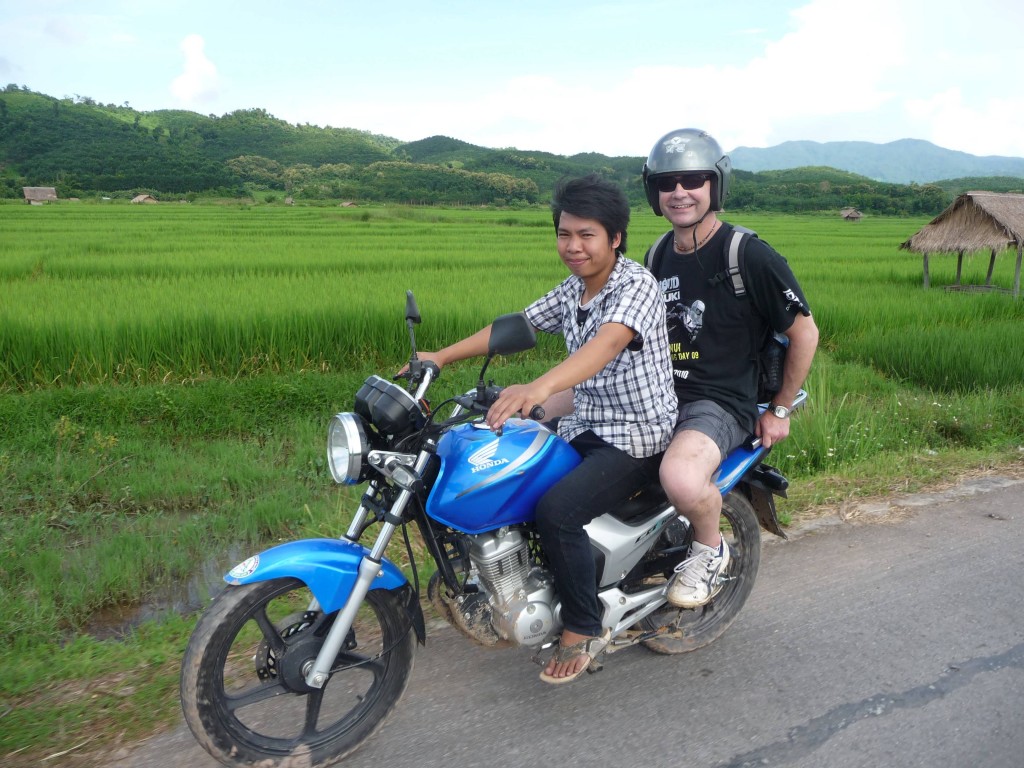 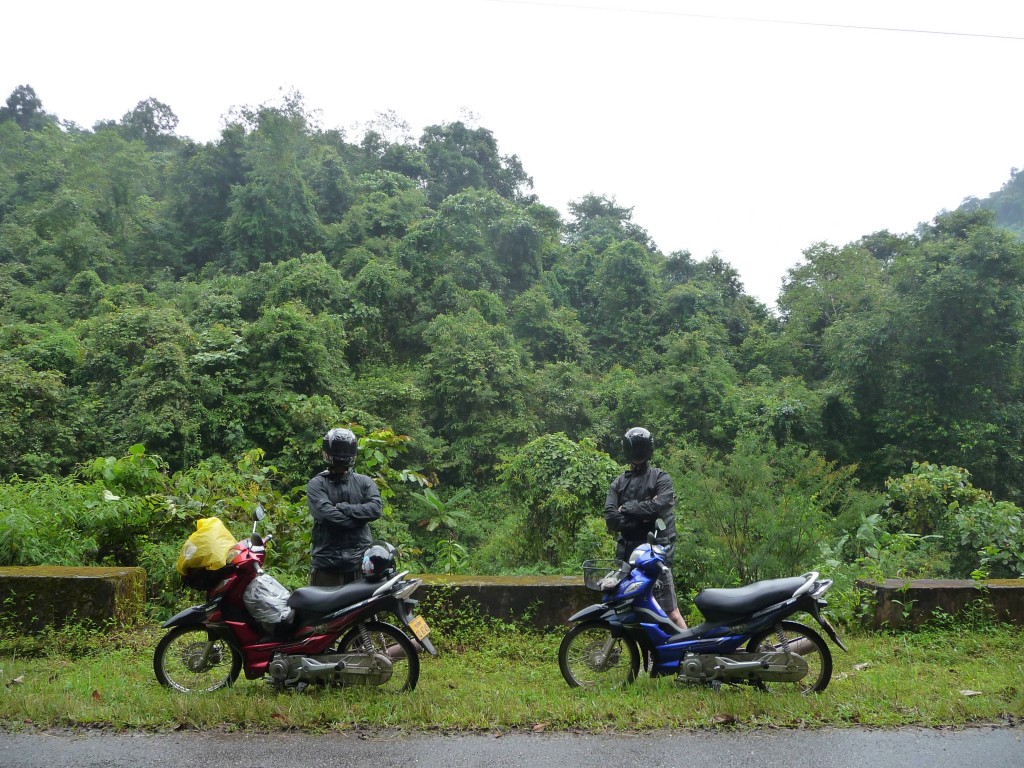 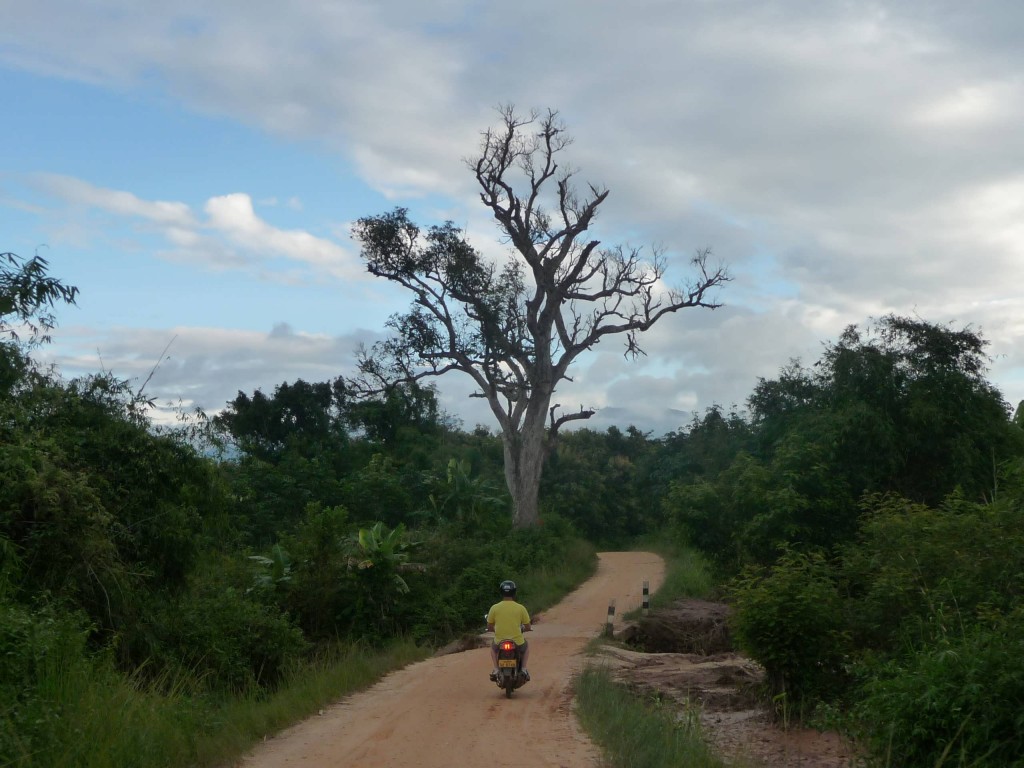 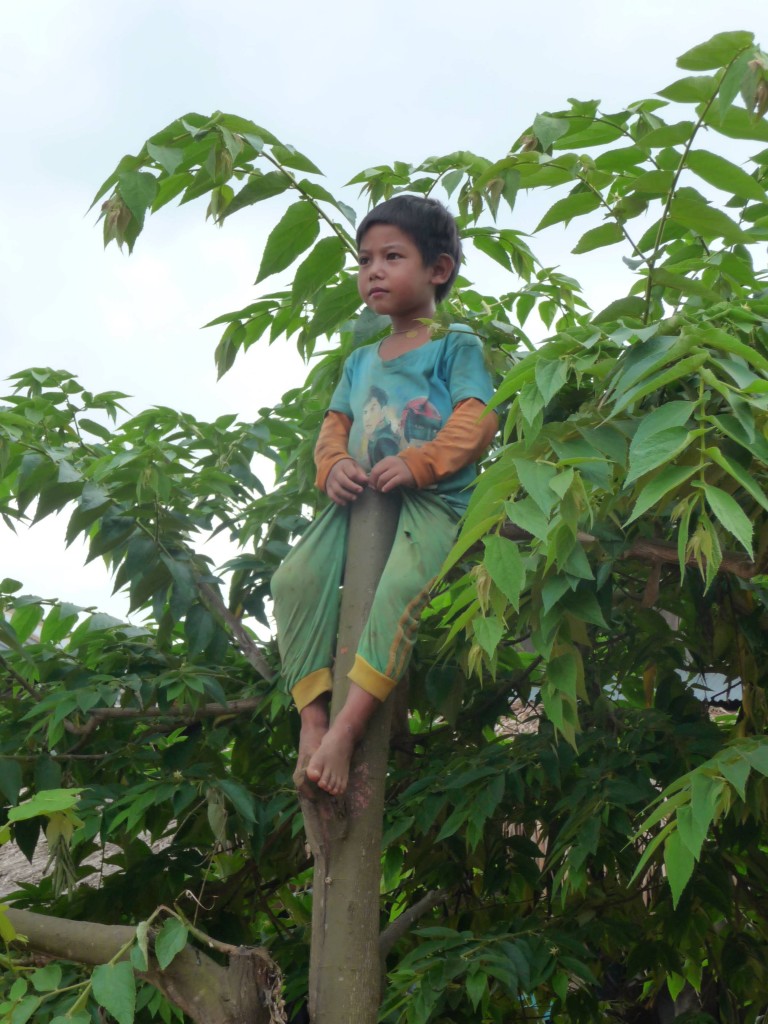 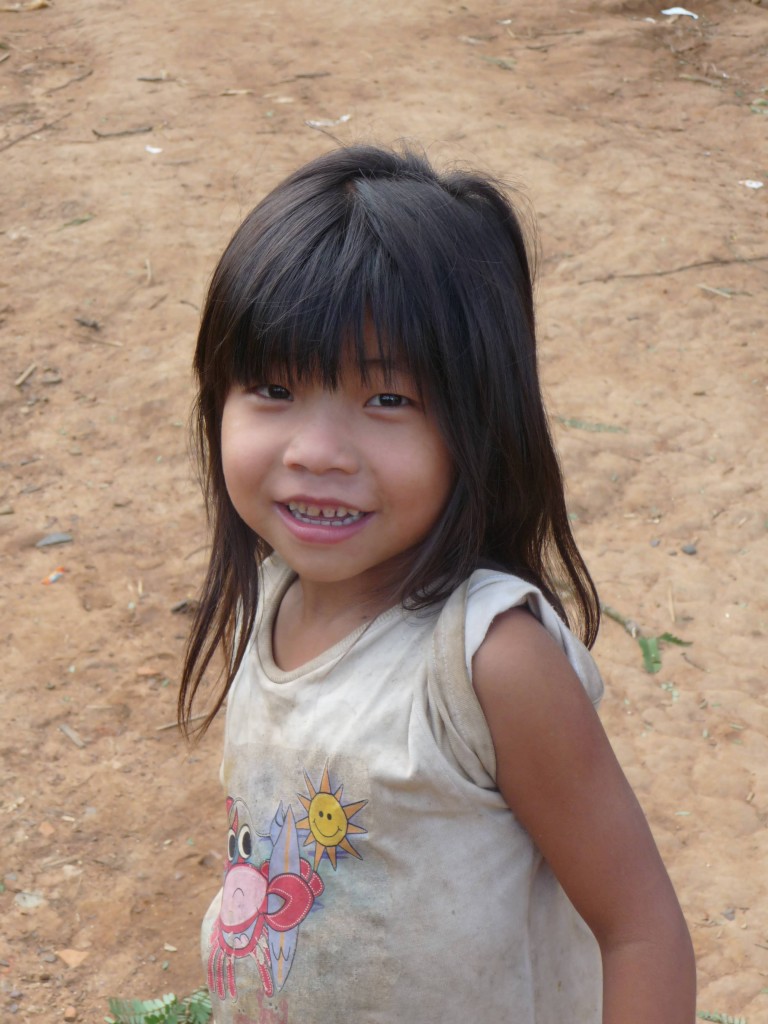 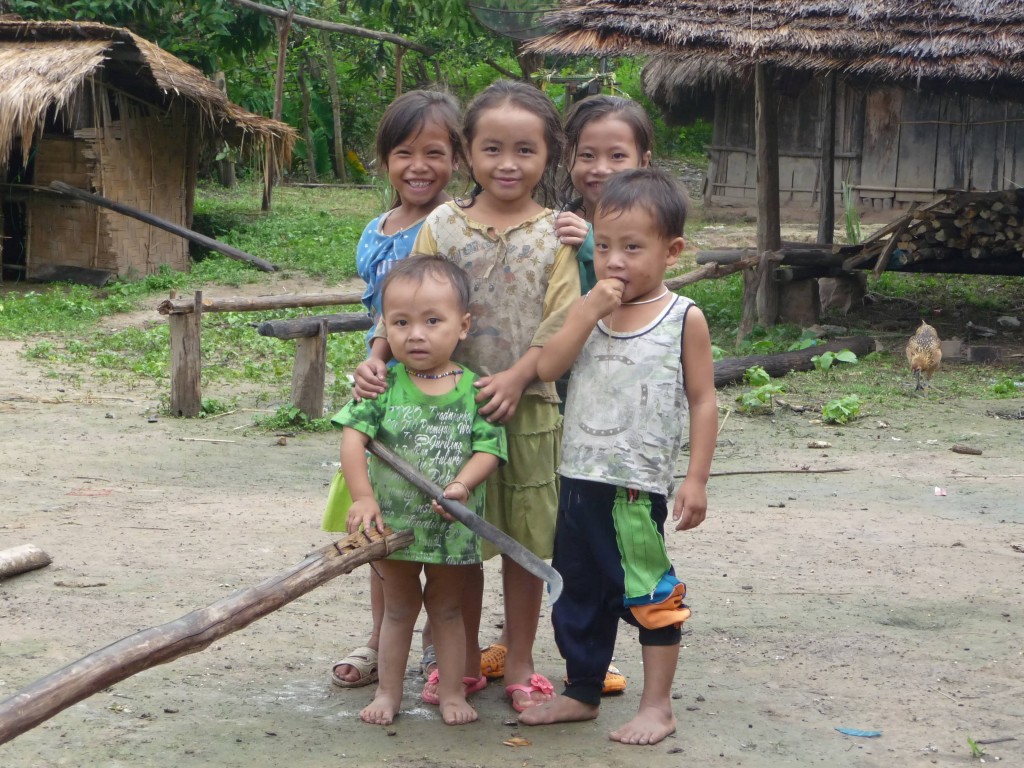 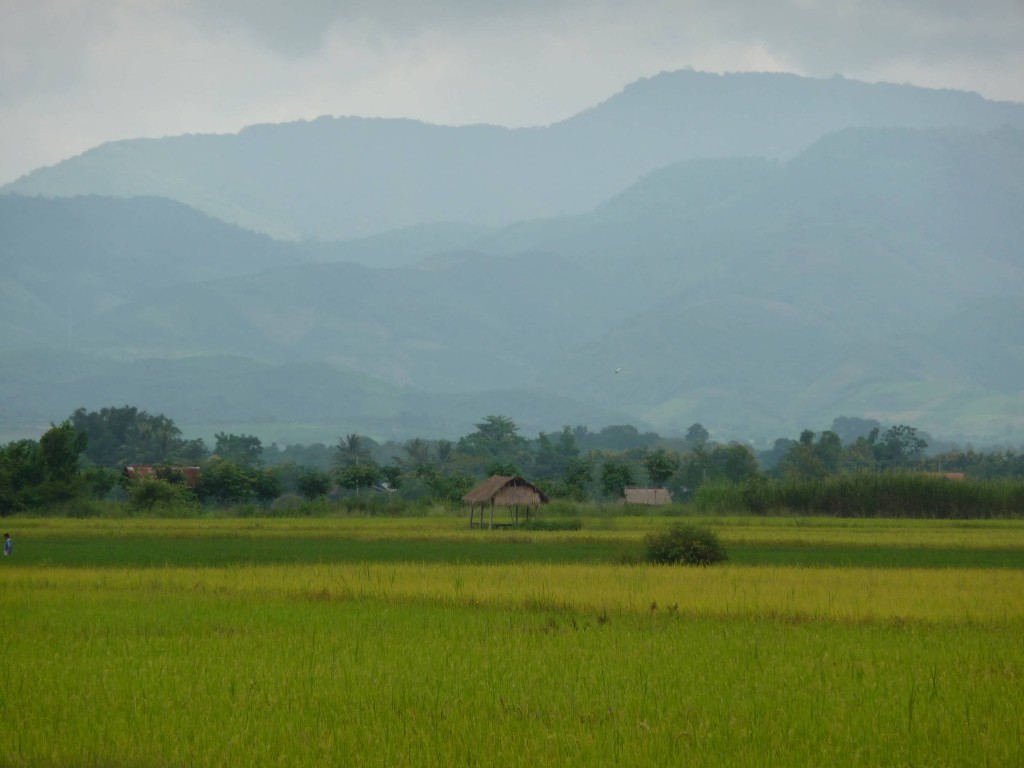 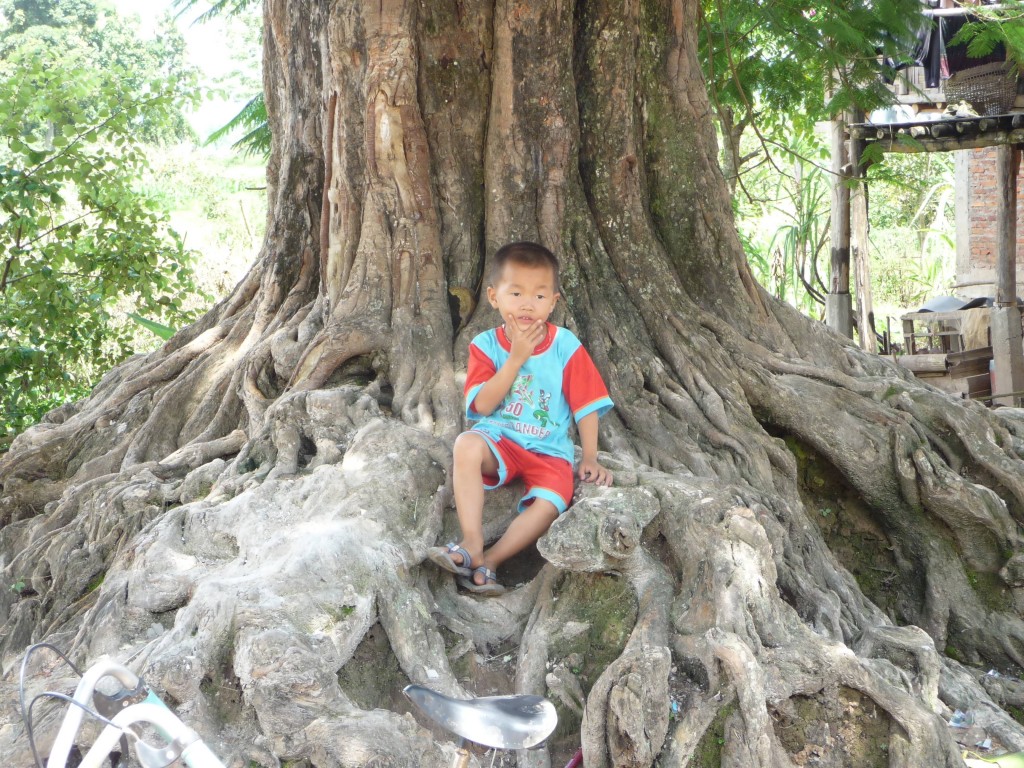 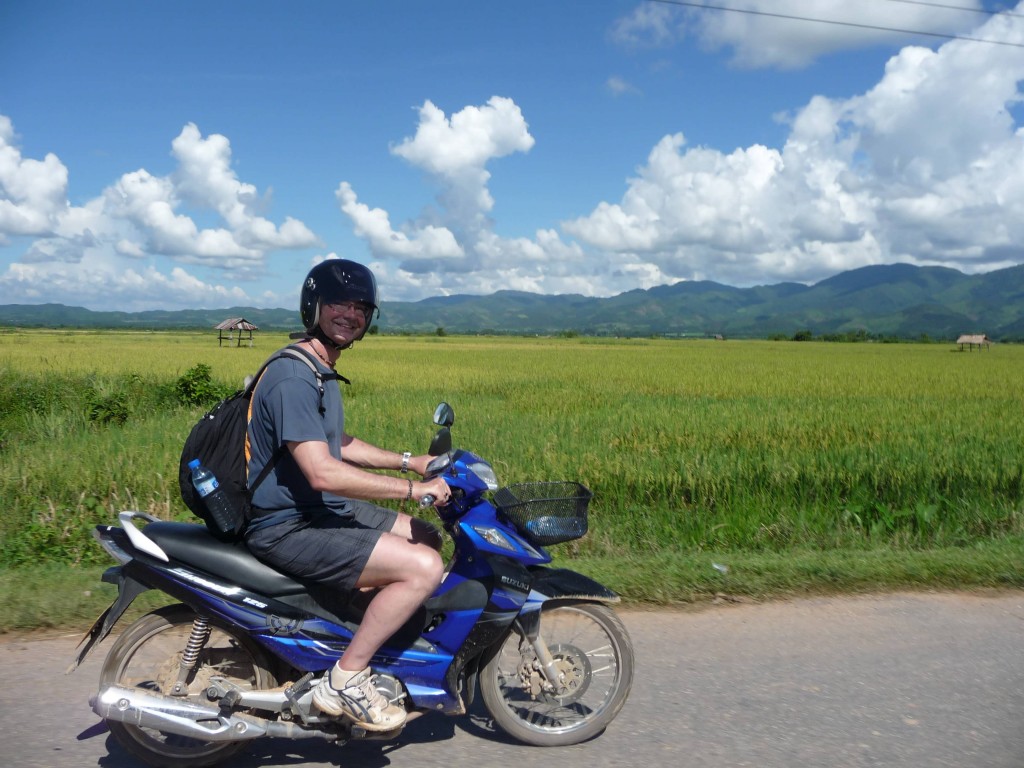 Our good friends from Sydney Nerida and Paul arrived from Luang Prabang and after showing them their room and the shop, as well as heaps talking to catch up, we went to Thong and Paet’s for dinner to introduce them to real Lao food. 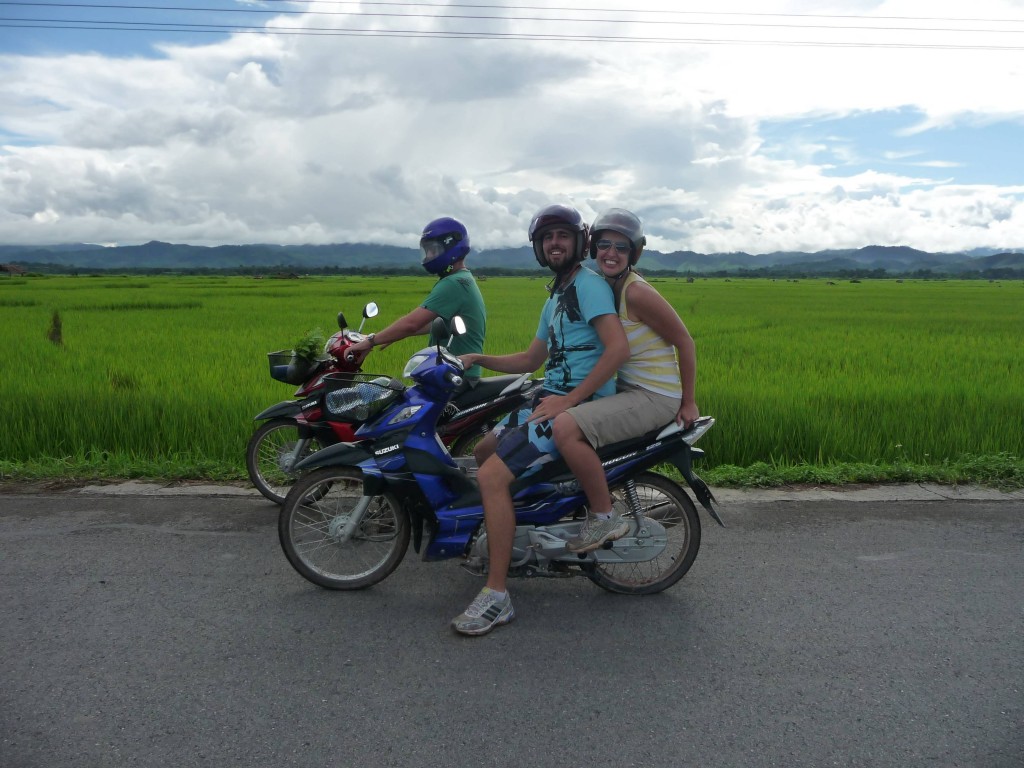 We spent a day biking around Luang Namtha, visiting the Nam De waterfall (which has much more water now after all the rain) and driving through the rice fields and seeing the temples. 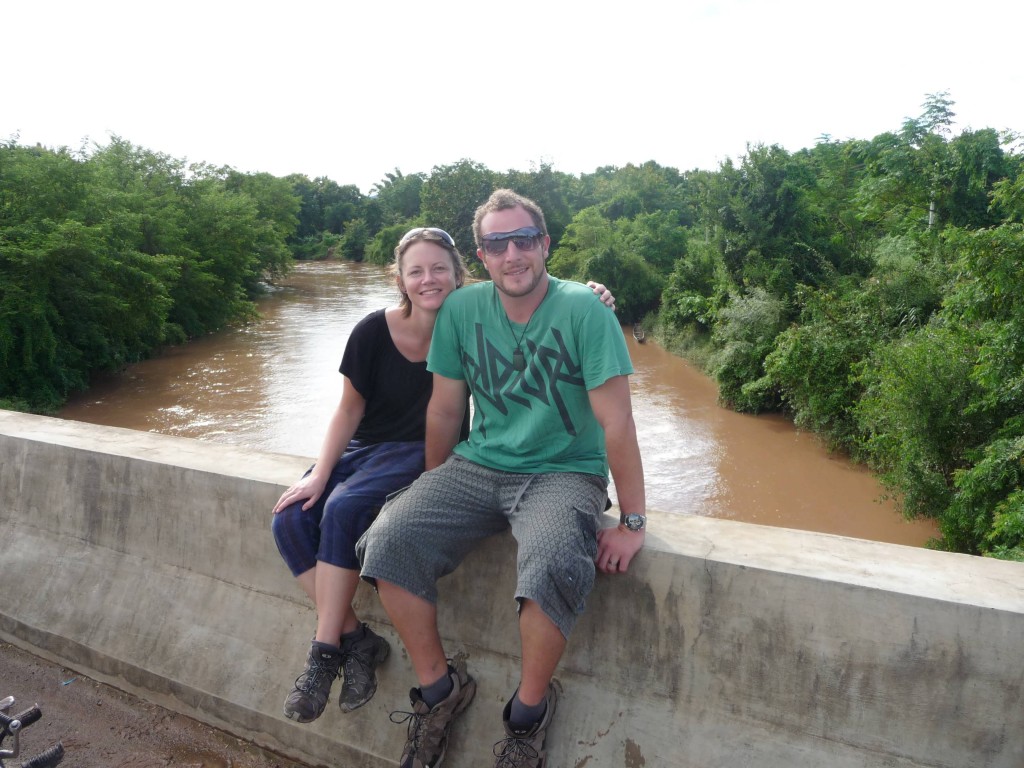 The following day we went up to Muang Sing again, and although we weren’t quite as lucky with the weather as we have been in previous times, it was still awesome; we saw the usual groups of kids and handed out pens and pencils, admired the forest in the national protected area and the rice fields, visited a waterfall we haven’t been to before on the way there, and went to our favourite restaurants.

We also visited a village that we think hadn’t seen westerners before, they were quite curious about us but were very shy and not too sure about us. We gave them some fruit which they accepted and offered some pencils which we think they didn’t know what to do with so they didn’t take them. The sky was getting pretty black so we decided to try to beat the rain and get back to Muang Sing town. 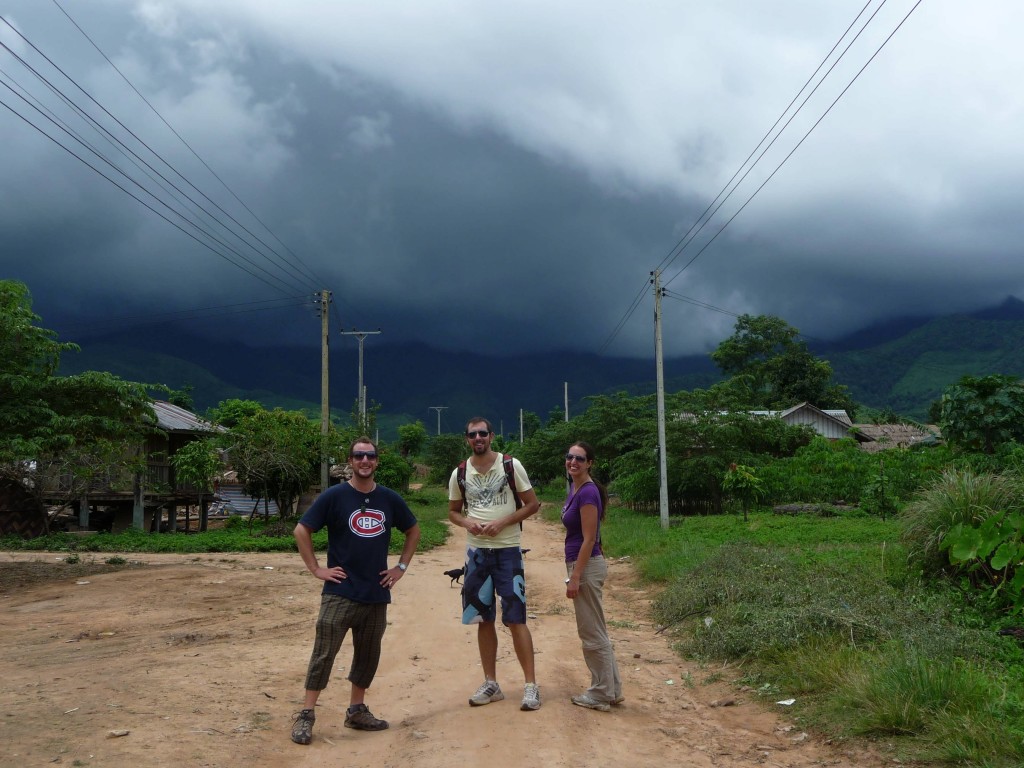 The next day we left before 7am to go to the opening party of Forest Retreat’s new confluence camp, where the Nam Ha and Nam Tha rivers meet. We were intending to stay the night in the jungle there, but in the late afternoon Nedsy got sick, so the 4 of us joined the next boat back to town and returned to the comfort of our hotel for her to recover. 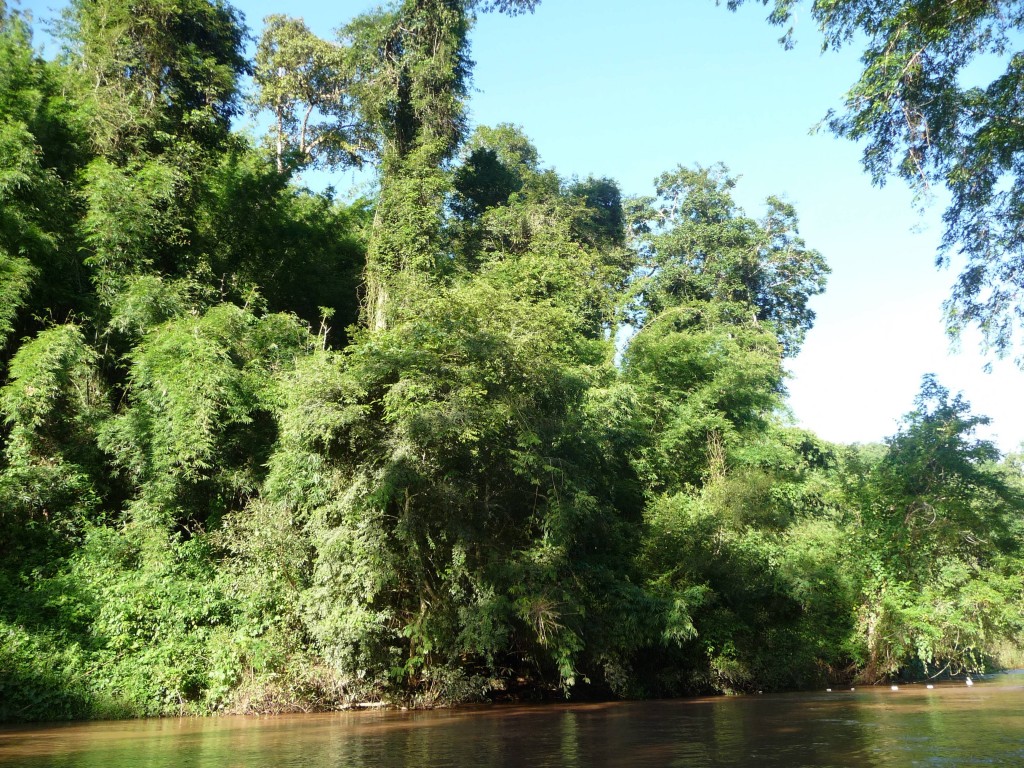 It seemed like we Paul and Nedsy were only here for seconds, we spent so much time riding around and seeing the beauty of the area that we didn’t really get time to chill out as well, but we still had an awesome time. We miss our friends so much so it was really nice to have them here for a few days. Our photos of the few days are here.