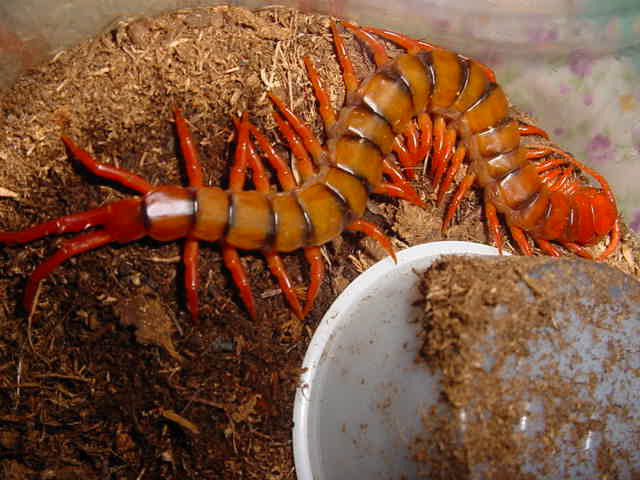 For the past few days, Dre has been saying that he wishes we were seeing more giant insects and crazy animals.  I keep reminding him that in a few days we are going into the jungle where we are sure to see plenty of creepy-crawlies.  I think he forgot to wish that when he saw a Sumatran Giant Centipede, that he would only see it, and not be biten by it!  Yesterday afternoon only a few hours after again saying it would be cool to see some giant beetles or large insects, we went up to our cottage for a few minutes, and the split second that Dre put his feet back on the floor there was one of these Sumatran Giant Centipedes about 25cm long (which apparently grow to 30-35cm and eat bats!) underneath his right foot which promptly have him a poisonous bite.  After medical consultations with some locals, who gave us some herbal medicine which smells like petrol to put on the wound every hour, and a trip to the doctor who wanted to give Dre an injection (of what, we have no idea – of course we declined),  Dre spent the night pacing the floor because if he stopped moving his foot would throb in intense pain.  His foot is still sweating profusely out the top, and the petrol stuff does seem to be working somewhat, so now apparently we just have to wait 2-3 days before it will stop throbbing.  Nothing like some drama to add excitement to life! 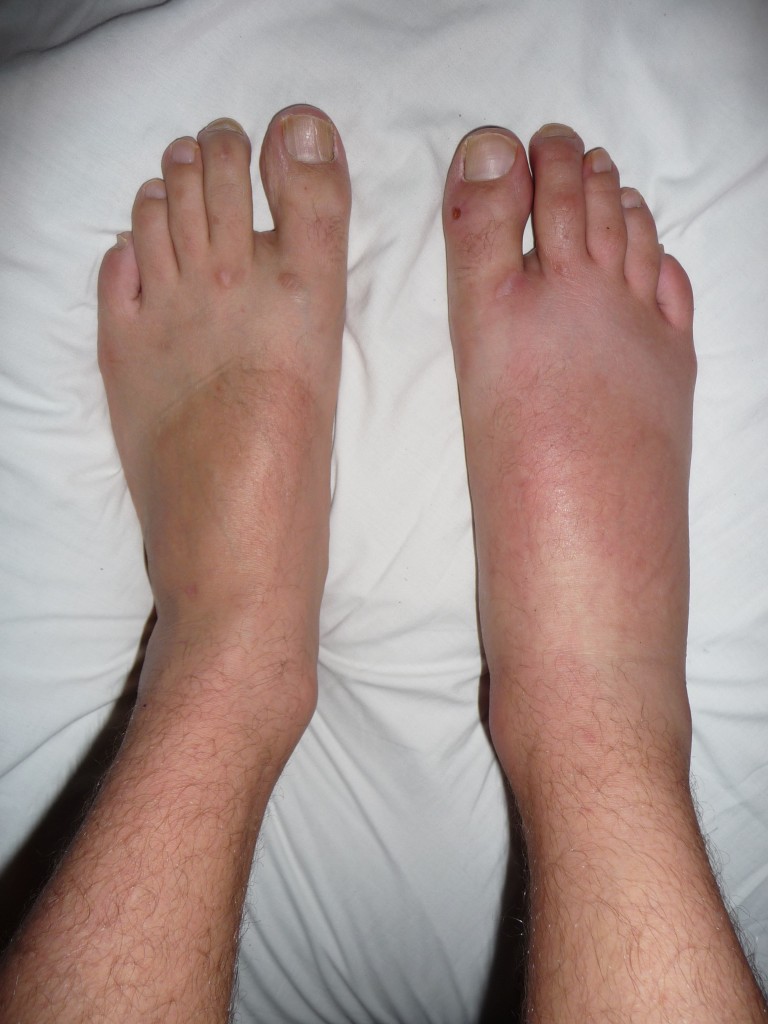