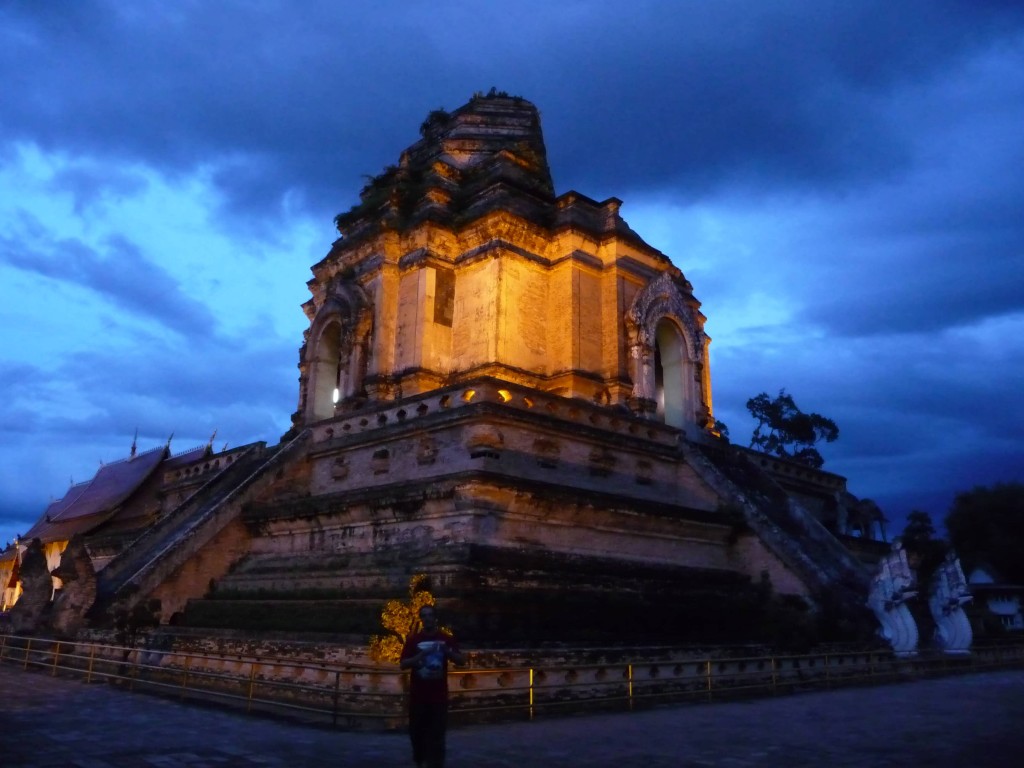 Over the past couple of weeks we’ve been exploring Chiang Mai and chilling out, in between doing some work in our fab little bungalow. We loved the Sunday Walking Street so much we’ve been twice – each Sunday the main street gets closed off and becomes lined with stalls selling food, clothes and arts and crafts, and local families ‘walk’ the street – it was really impressive.

The second time we went we also went to an amazing 14th century temple just as the sun was going down and a huge storm was coming down from the mountains and it was just beautiful.  Then we proceed to get drenched (again!) as the heavens opened and we just kept walking in the downpour.  We also went to the Night Bazaar which was not quite as interesting as it was very touristy – we did get some good DVD’s though. 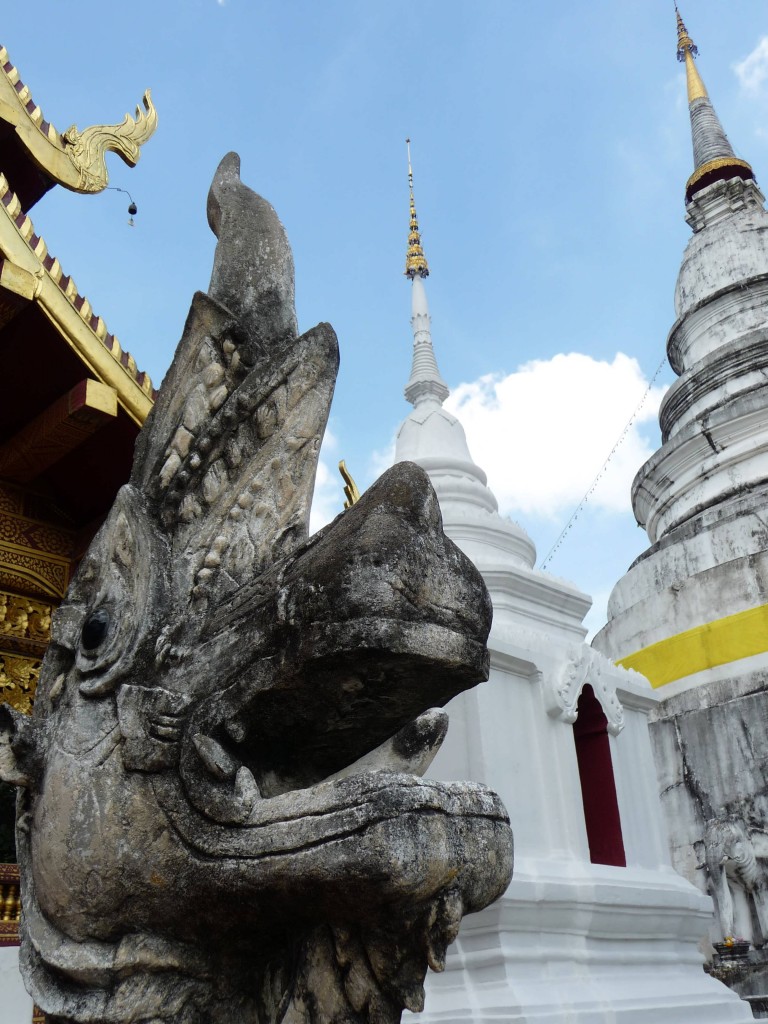 We have visited several temples around town, you can’t really walk anywhere without walking past a few temples – quite a few of them are quite different from each other too so it’s been really interesting.  One of the temples we visited we were so lucky to fluke our timing with a chanting ceremony with a group of monks – it was so cool to see and hear.  Another temple we visited we got to hear a senior monk teaching the young monks (all in Thai so no idea what he was saying!) and then afterwards they did some singing which was very atmospheric as the temple was all lit up and the monks were kind of in a dark area – hard to explain but it was really cool. 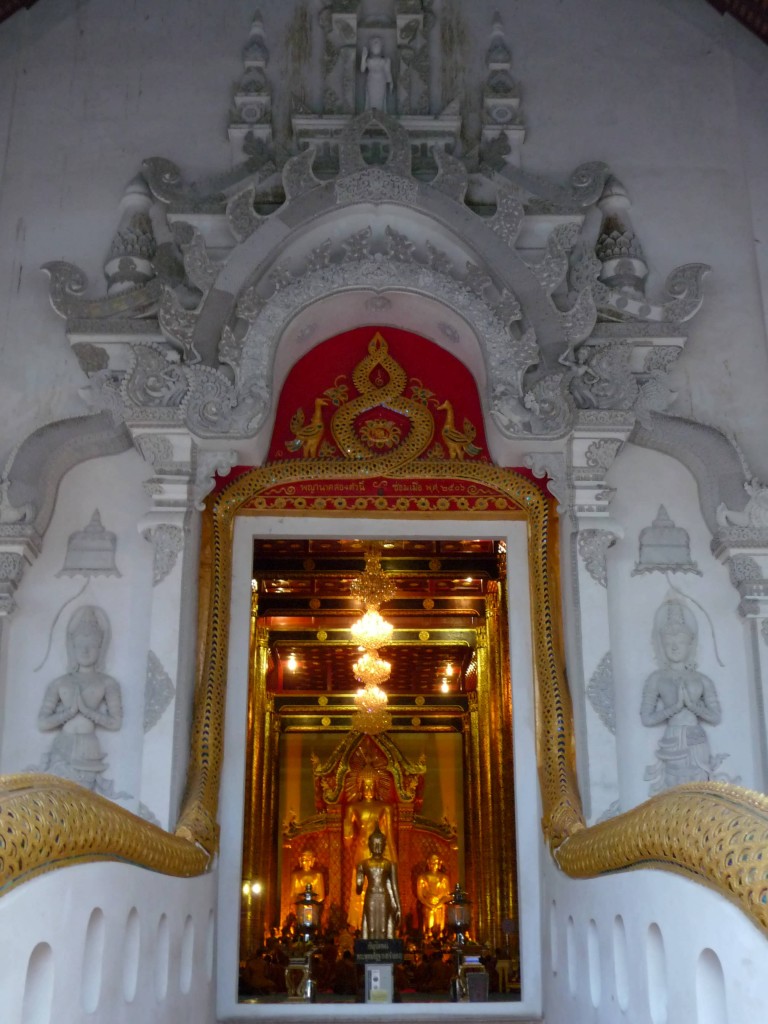 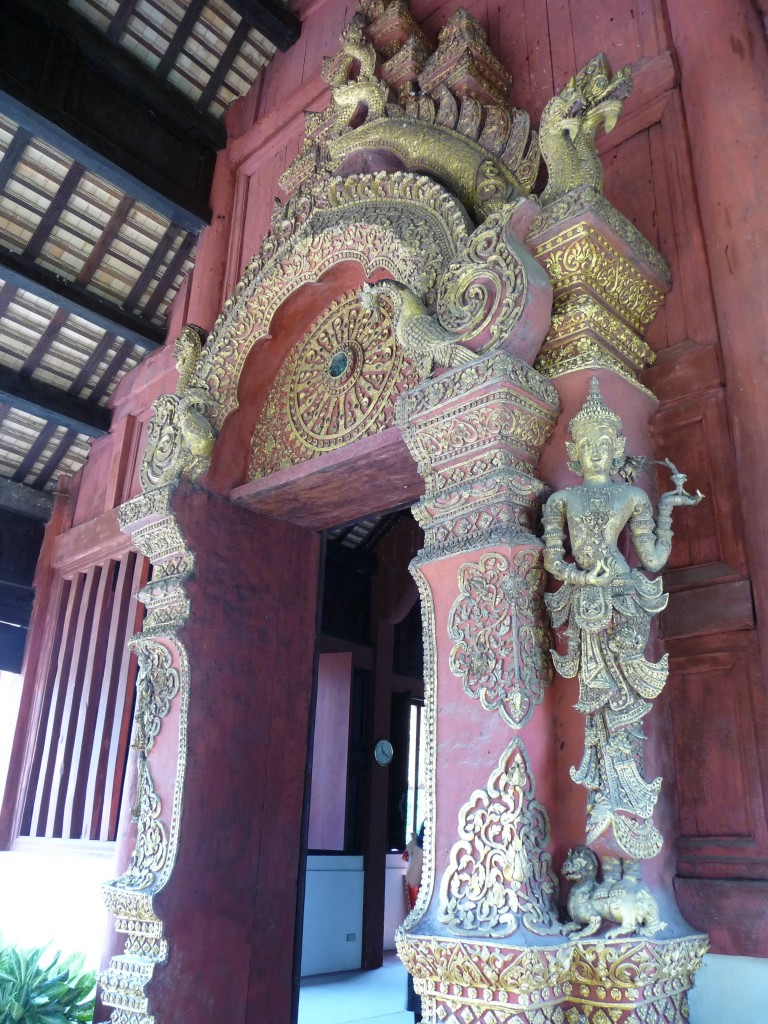 We’ve also done all the usual things – Thai massages, night markets,   stocking up on malaria medication and other stuff we need etc.  Plus we’ve been helping Bon, the gardener here, take care of a baby squirrel that fell out of a tree – it still has it’s eyes closed but eagerly drinks milk off a spoon and likes cuddling.  It actually seems as though it will be OK – it must be just big enough to survive without it’s mother as long as someone can feed it. 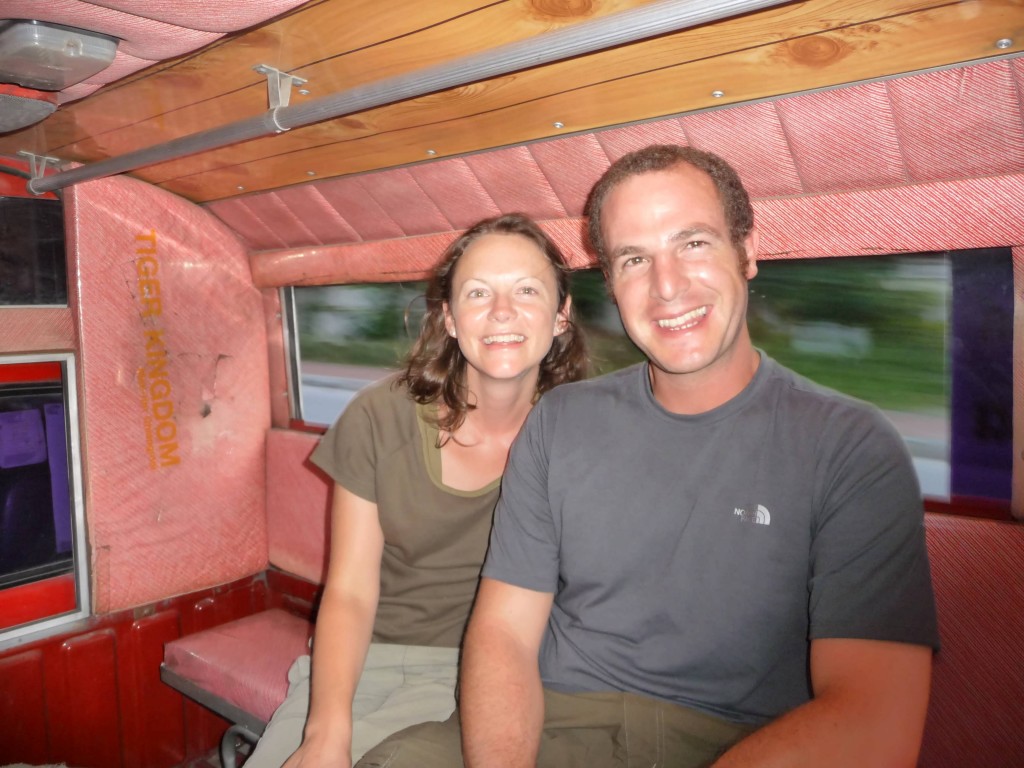 Chiang Mai has been the perfect place for us to spend the past month and it’s been great being able to work as well as being tourists.  We’re also totally ready for our next stop now – it’s funny how you get used to things and only a few days ago we were both thinking “Oh no!  Surely our month in Chiang Mai isn’t up already!  We want to stay here!”  But now we are both really looking forward to the new-ness of going to a new place, and looking forward to spending some more time in National Parks.  Bring on Laos!!!!  Our photos are here.