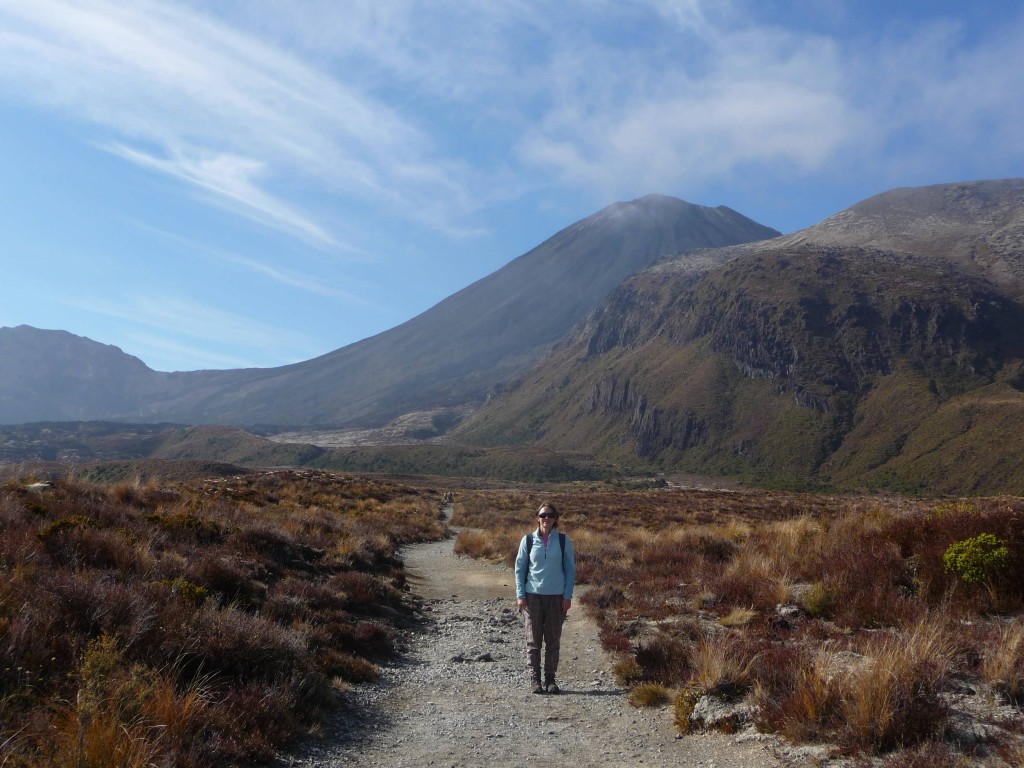 We couldn’t have wished for a better day to do the Tongariro Crossing.  Before we came to New Zealand we decided that we’d love to do this walk as long as the weather was right for it. 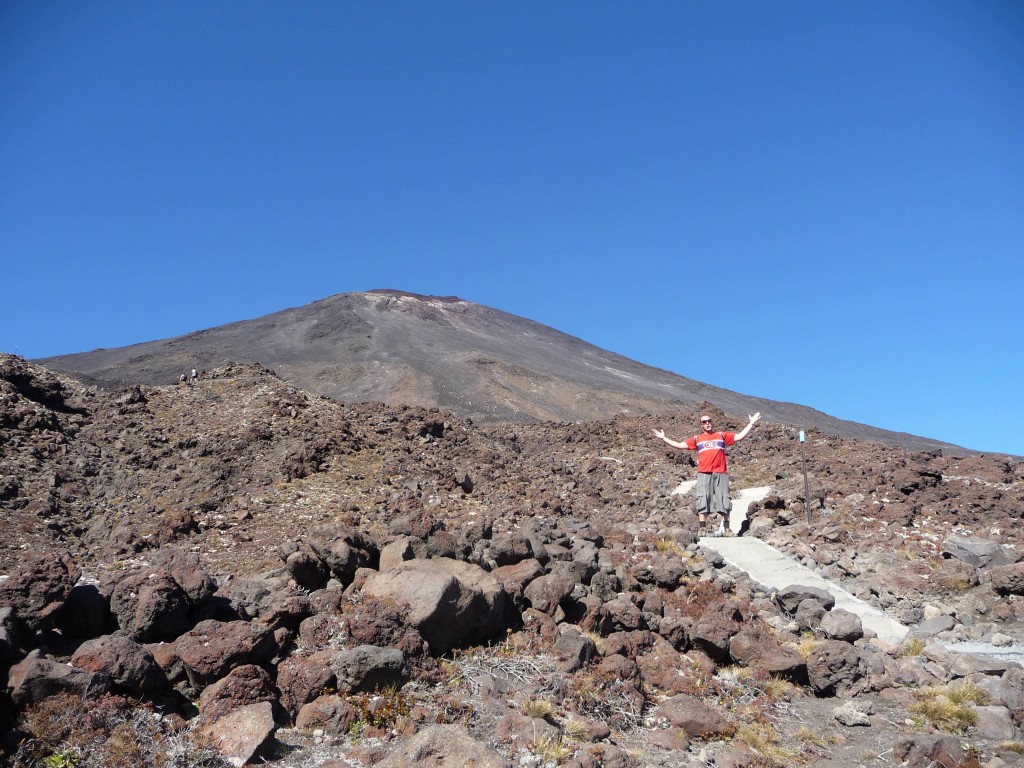 We mentioned to Kate and Marcos that we were doing the walk and they decided to come along too, and managed to score us a batch in Turangi as well so it worked out very well! 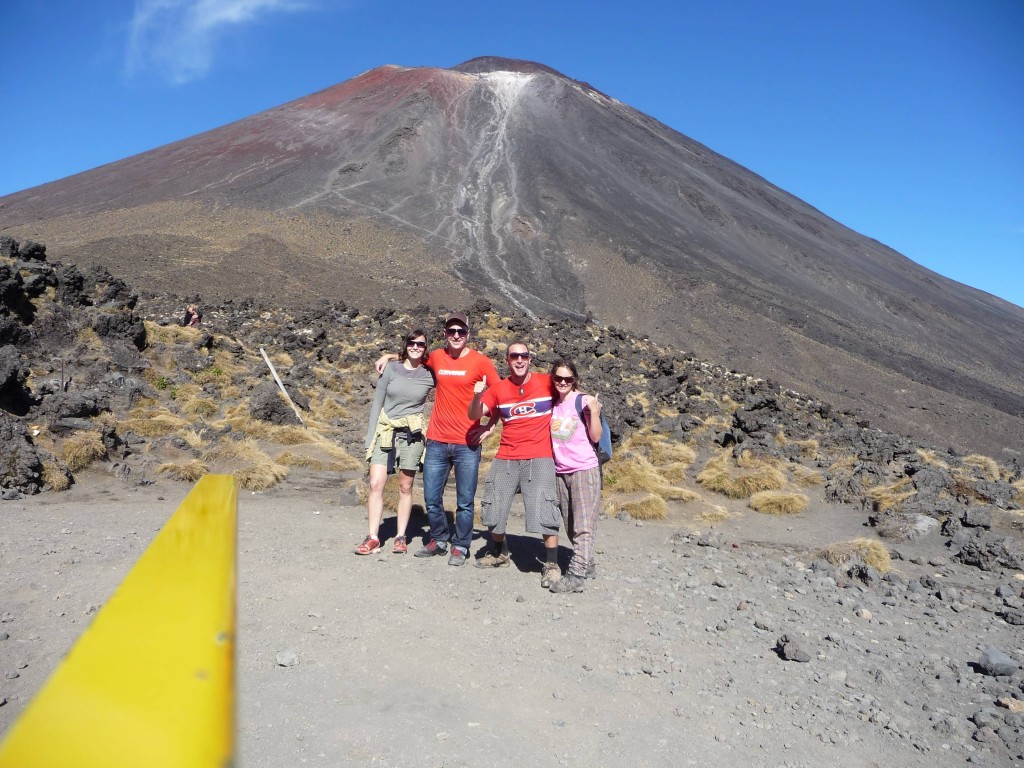 The walk itself started of fairly level, but quickly turned into a series of stairs up the mountain until eventually we had amazing views of the surrounding area and the crater.  The view of Ngauruhoe along the first half of the walk was stunning and made so much better by the beautiful blue day. 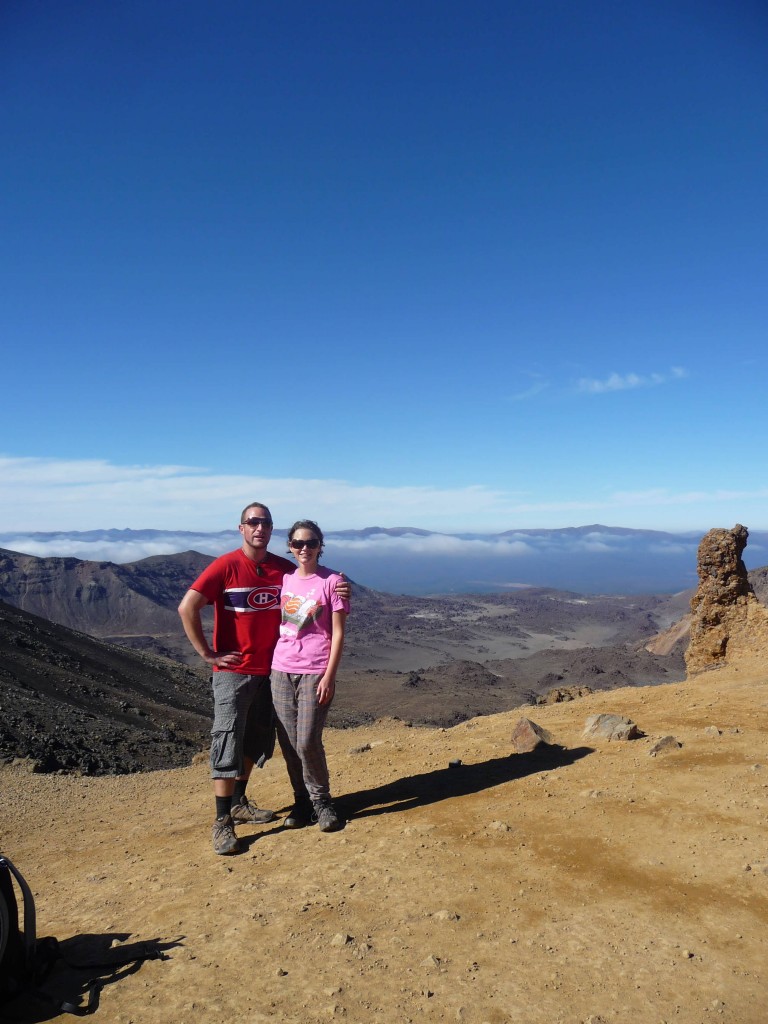 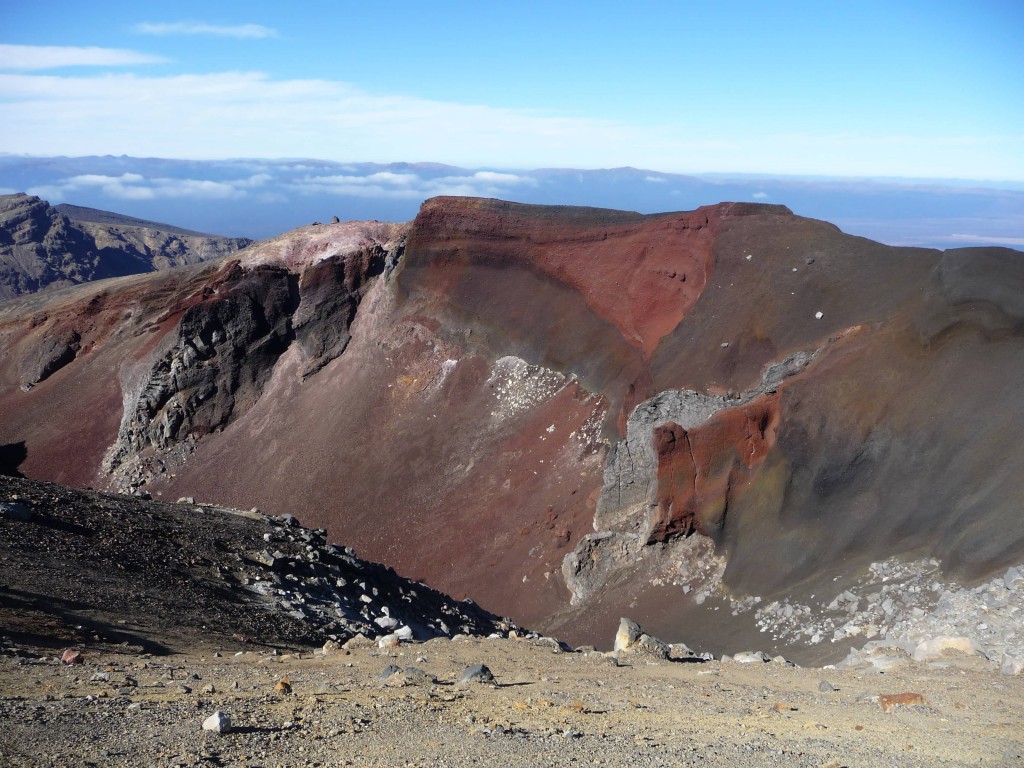 One of the cool parts of walking on an active volcano was the geothermal activity we saw, with hot steam rising from the ground in several places and the beautiful Emerald lakes near the crater. 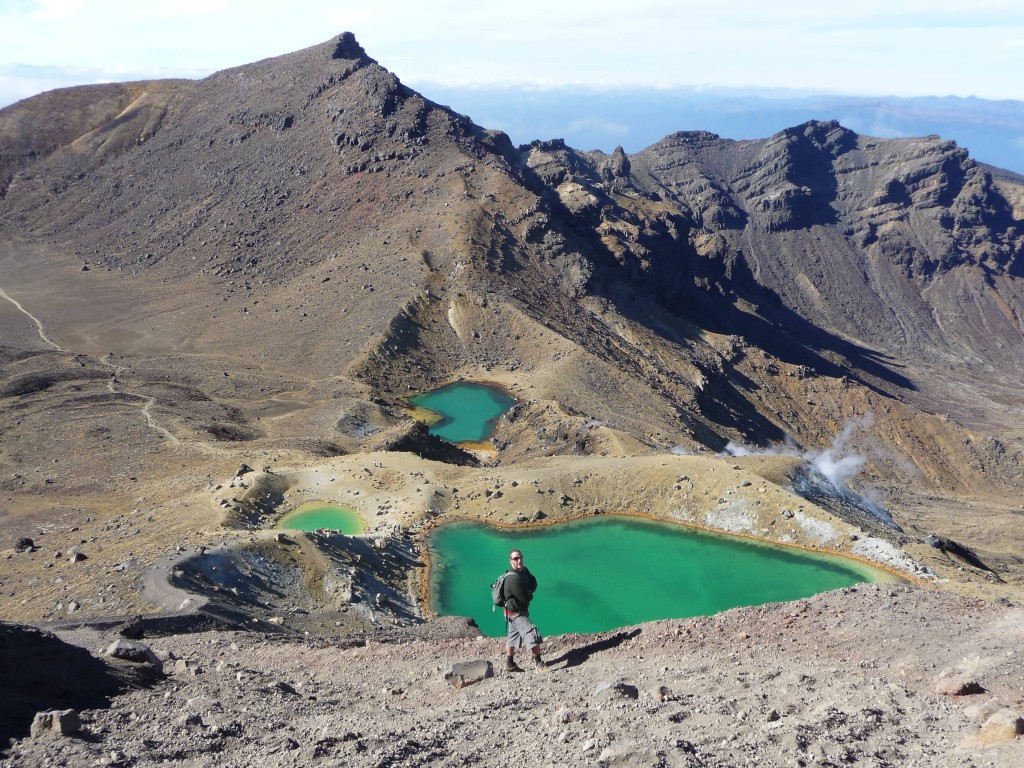 The way down from the top was the most treacherous, with one section being quite steep and slippery, but overall the entire walk was really well formed and we were quite amazed after being in Asia for 2 years to be reminded of how well-made and safe everything is in New Zealand. 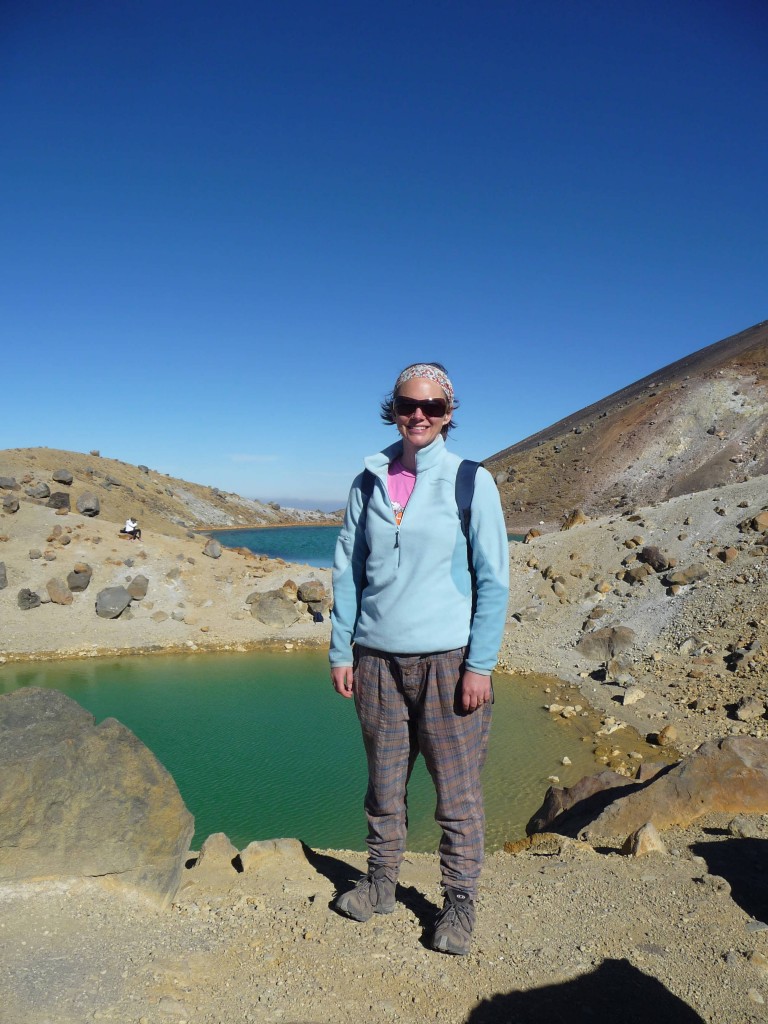 No sooner were we saying that it would be nice to be walking in the NZ bush, than the trail started going into the forest so we felt very lucky to have scaled a volcano, walked up and down rock formations and seen mineral lakes and also spent a bit of time walking in the forest.  The 20km adventure was well worth it and we’d definitely do it again!  Our photos are here. 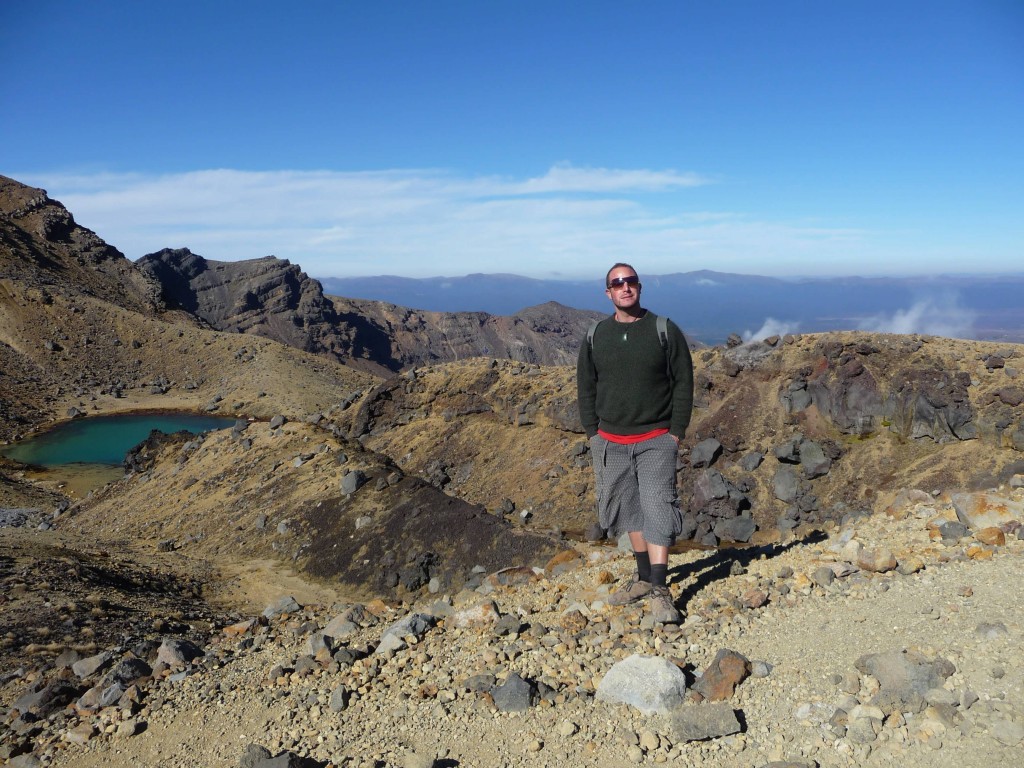