The past few weeks we’ve spent a lot of time exploring new areas of Luang Namtha we haven’t been to before, as well as visiting a few tried and tested favourites. 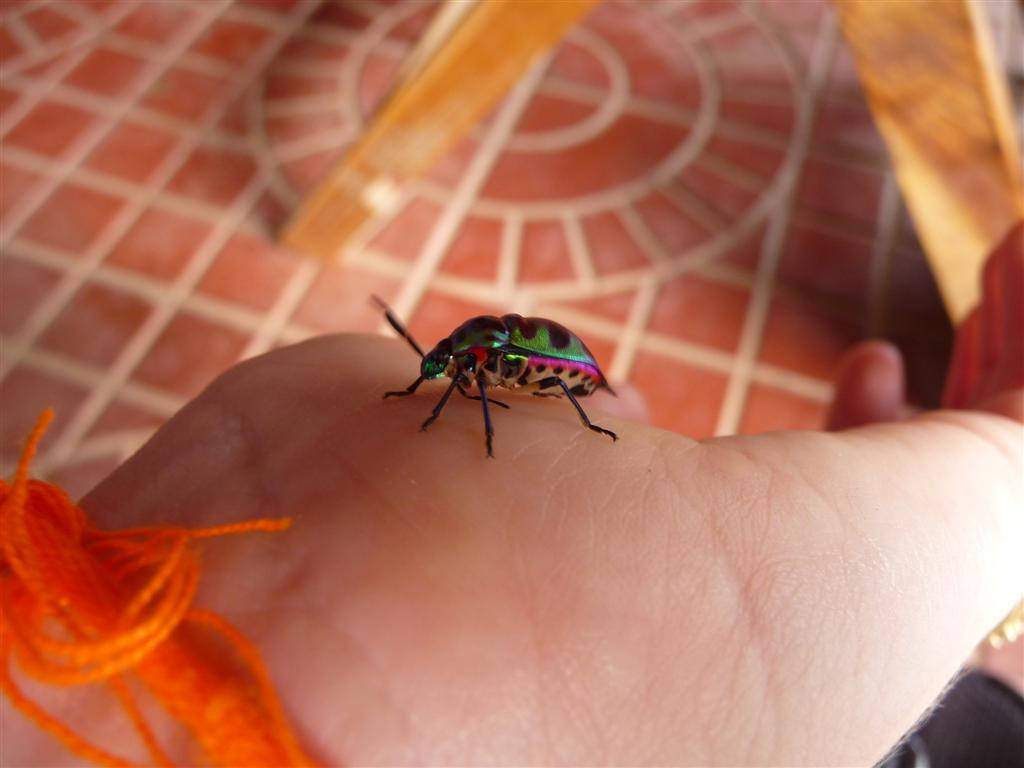 It has involved finding many insects we haven’t seen before, and many days contemplating the beauty that is so easy to find here. 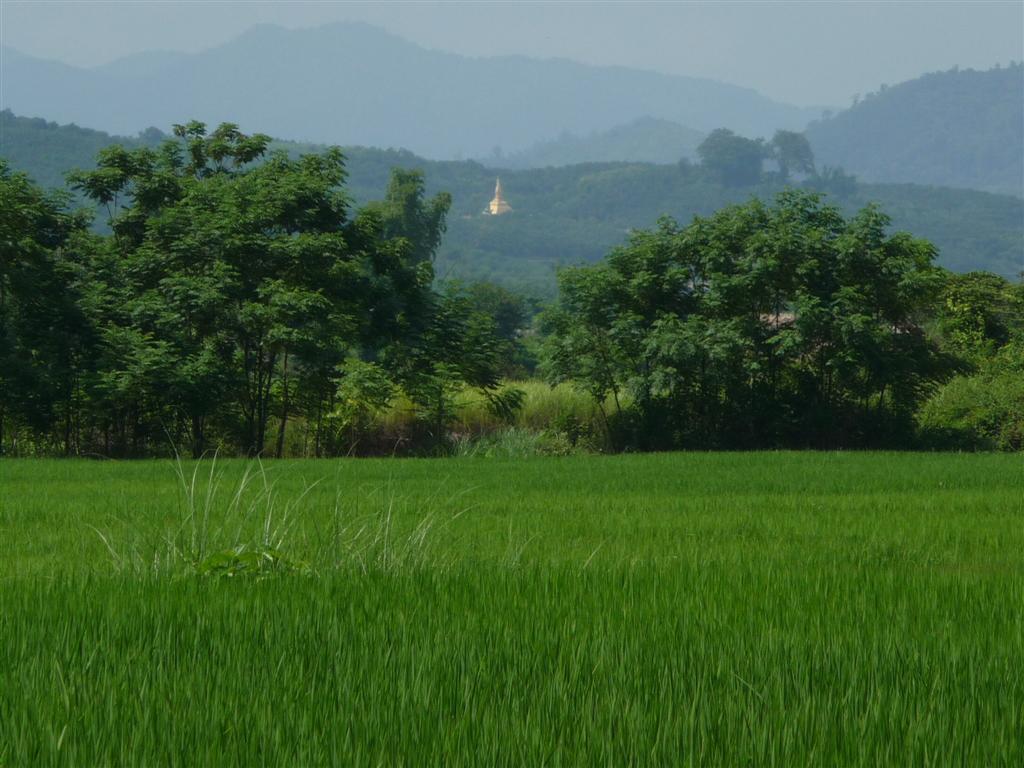 We started out by finishing off the pizza oven, which has now pretty much just been sitting and waiting for it’s new chimney to arrive for a few weeks now.  Once we’ve got the chimney and the new bench beside it to make pizzas on, we’re good to go! 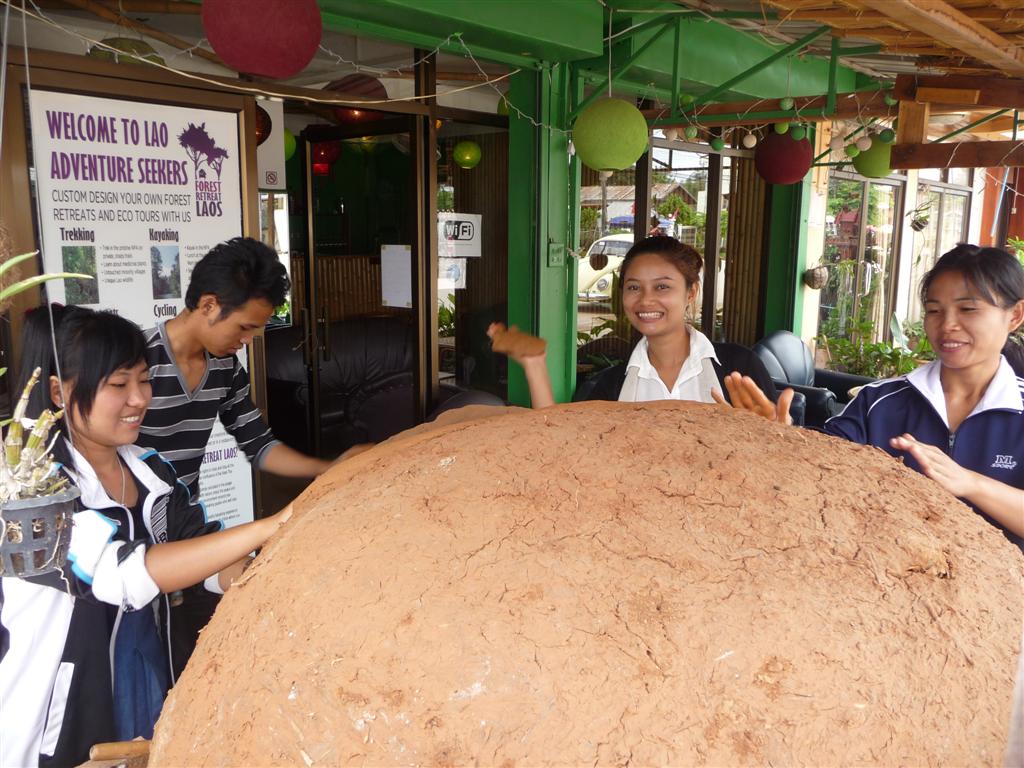 After our last trip to Thailand we decided it was time to spend a lot more time exploring LNT again, and so almost every day in the past few weeks we’ve gone and done something new or something that we know is fun. 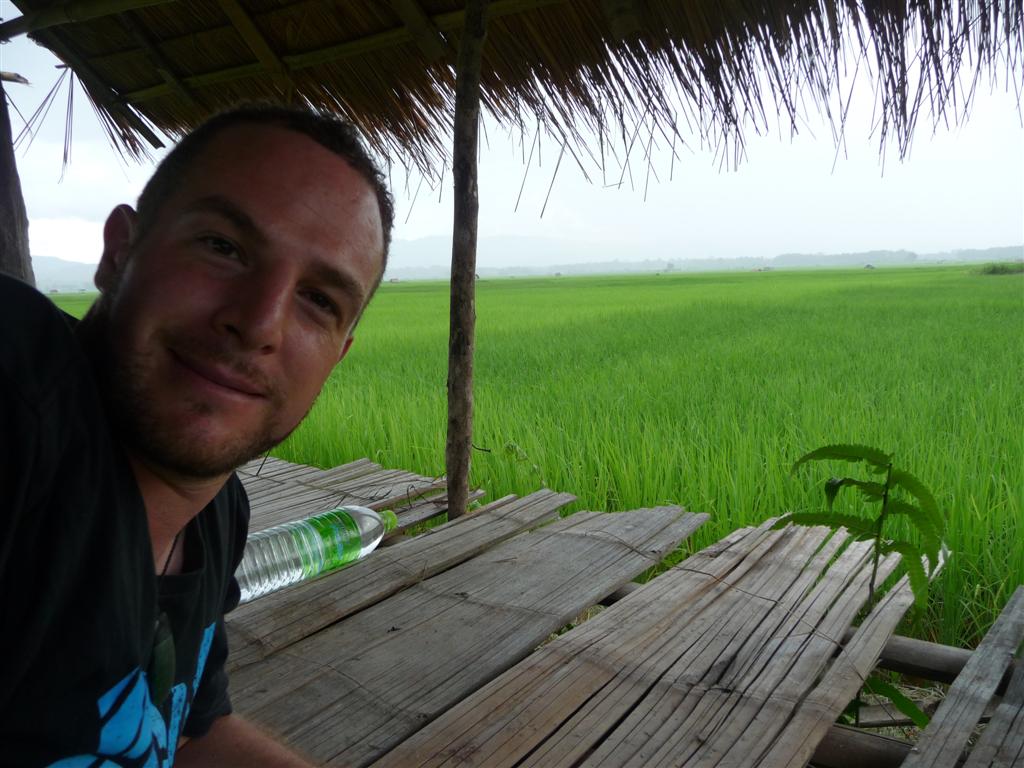 We’ve spent many days out in the rice fields, including many fields which we didn’t know were there before, watching the thousands of dragonflies which are now here in Luang Namtha.

Here is a video of not-great quality that shows the huge numbers of dragonflies:

One of the days we followed a new road we drove along through a tiny village, past their extensive rice fields until a river crossed the road. 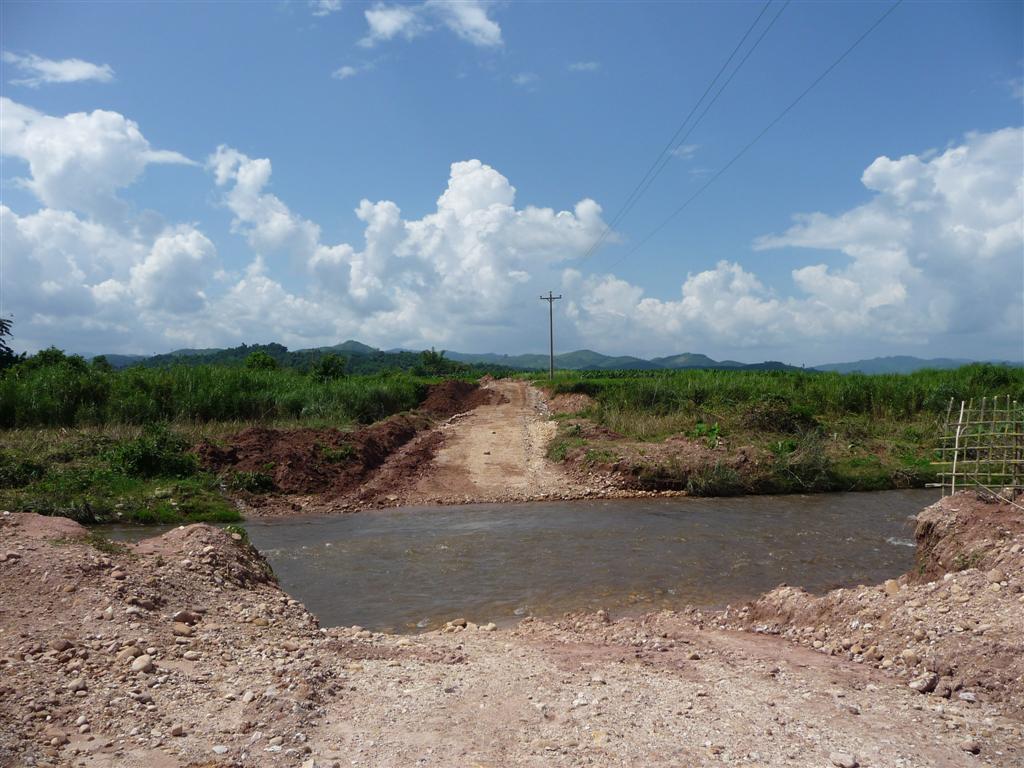 We got off the bike and walked down to the river, and after 5 minutes or so a guy drove up, also jumped off his bike and asked why we weren’t going to drive through the river and keep going.  Ummm, well because we are quite happy here playing in the cold water of the river and have no real desire to cross a reasonably deep river on motorbike.  He encouraged us to go across, and then demonstrated by walking across himself and beckoning us to follow.  We managed to convince him that we really were happy staying at the river and so he eventually left, telling us if we changed our minds we could find him further up the road.  We settled down to have a quick swim in the cold water which was so nice on the steaming hot day.  A group of kids came down to see what we were up to and played in the river next to us for a while until we decided it was time to leave and headed back to town. 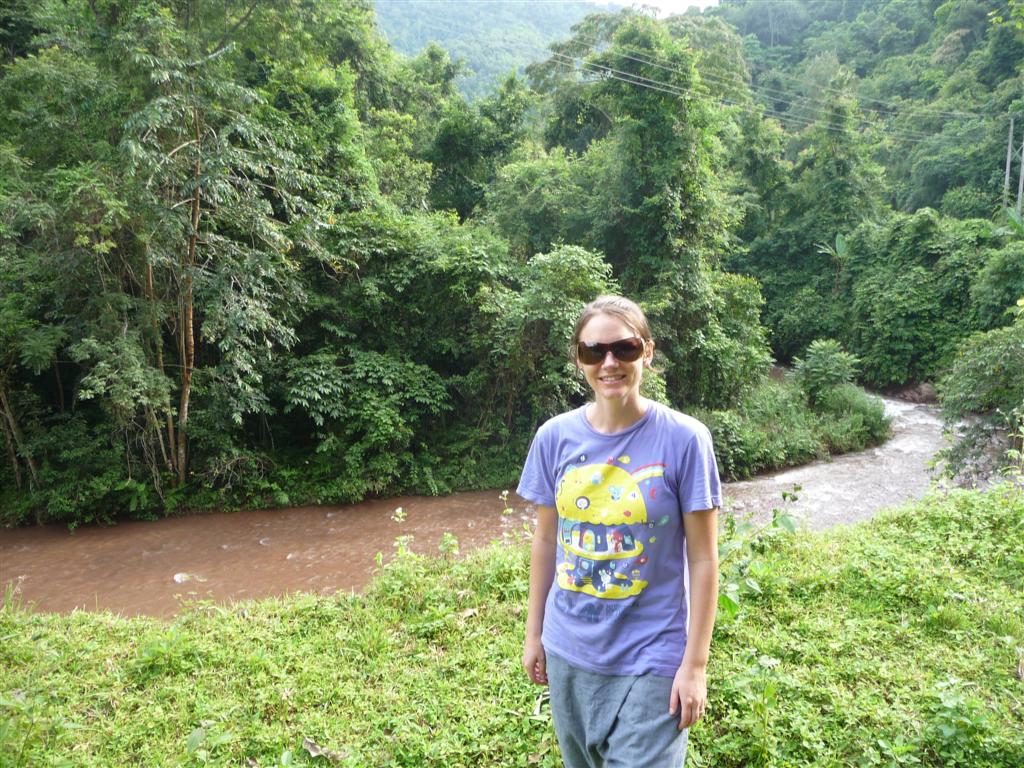 Another day we spent on the Nam Tha riverbank watching river life go by.  It’s been amazing this month how much the river has filled up, both with rain flowing down from China and also the rains that have fallen here. 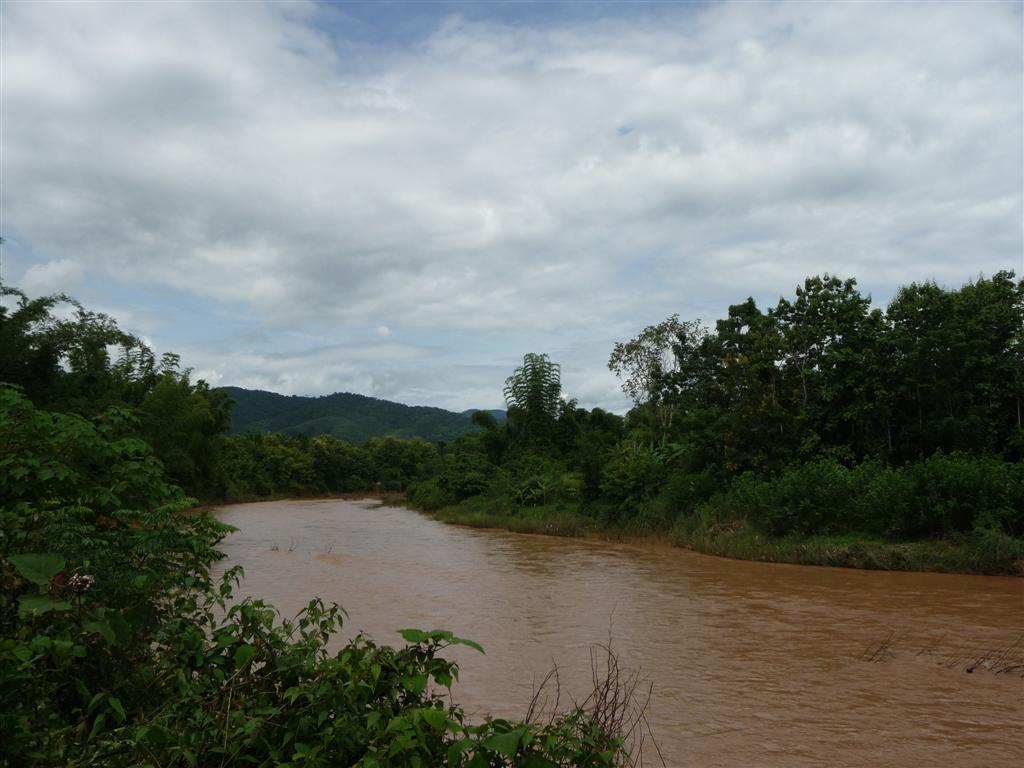 One morning Dre suggested a day out in the jungle at one of our favourite waterfalls, during which time we saw a huge number of awesome insects including a giant wasp drag a spider back to it’s underground burrow.  You can read a detailed account of that here. 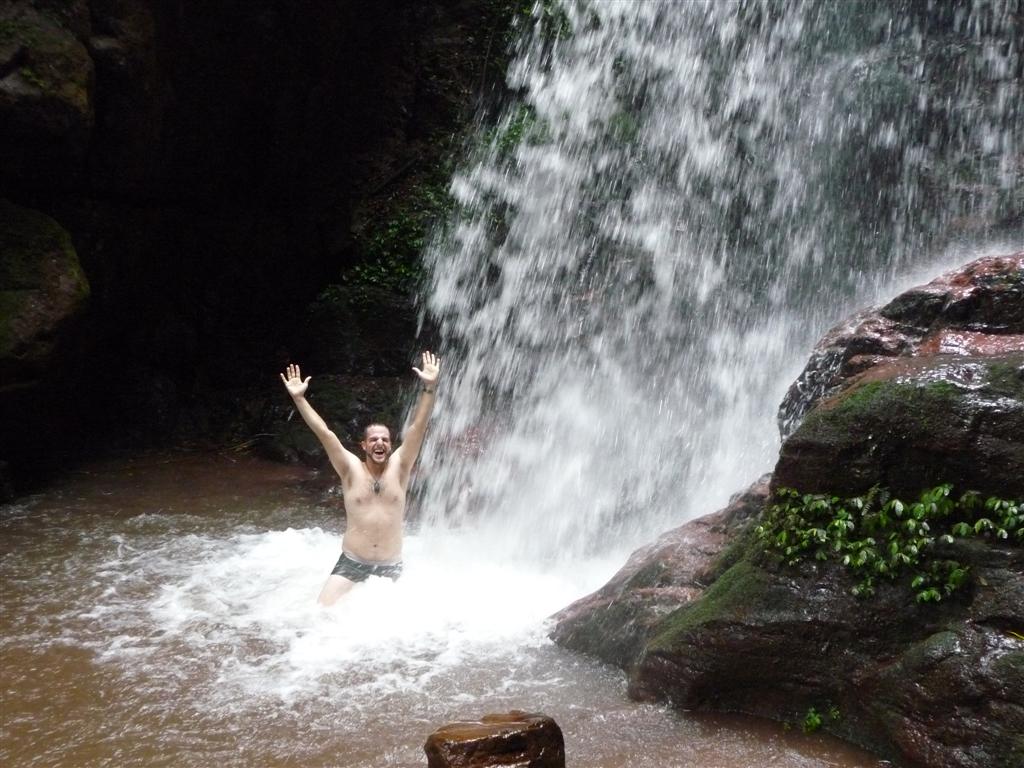 And we also spent some just wandering around, finding more cool insects and admiring the beautiful abundance that is everywhere. 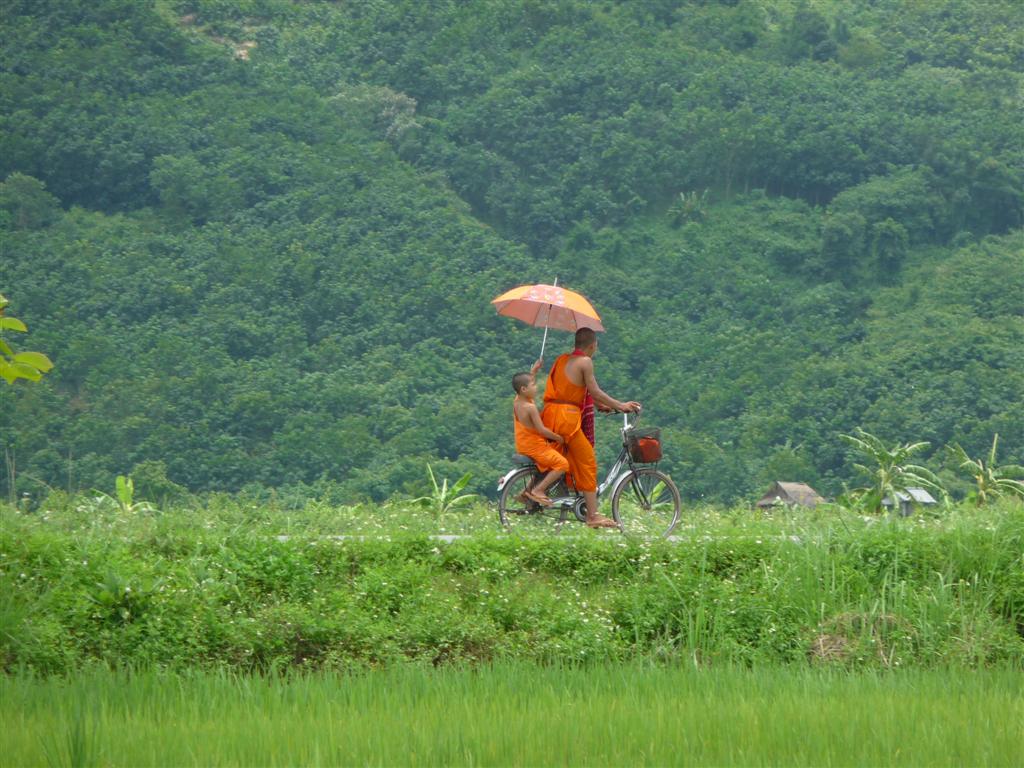 Now it’s time for us to head back to Thailand, this time we’re missing the ocean, so we’ve decided to head down south to spend a few weeks at the beach again.