As you probably know, when we travelled to NZ, Australia, Malaysia and Thailand for 2 months recently we told our staff that as their reward for successfully running the shop while we were gone that we’d take them on their first trip outside of Laos.

So 3 of the staff that worked during this time took the challenge; Korlee, On and Toc had never left Luang Namtha province before, and Korlee had never even left the town of Luang Namtha. 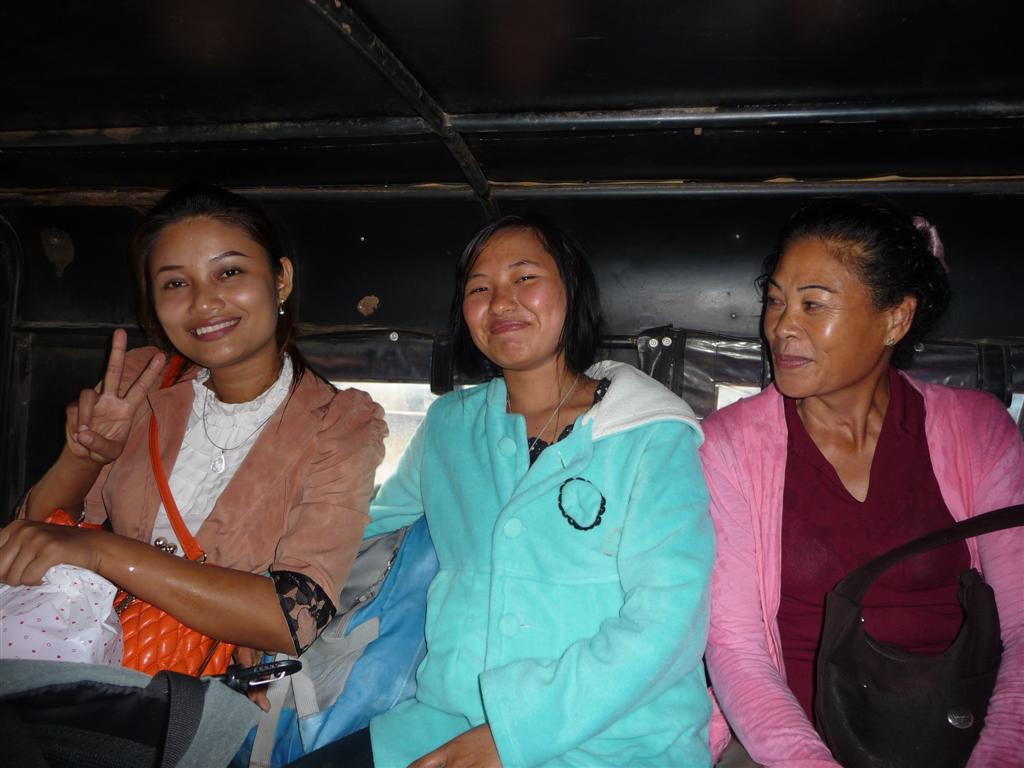 The adventure to the ‘big city’ of Chiang Rai started with the girls having to wait 2 hours for the Lao immigration office (the section that stamps Lao people in and out of Lao) to re-open after lunch.  During this time though, they managed to make friends with the tourist police, have lunch with them and exchange phone numbers ;) . 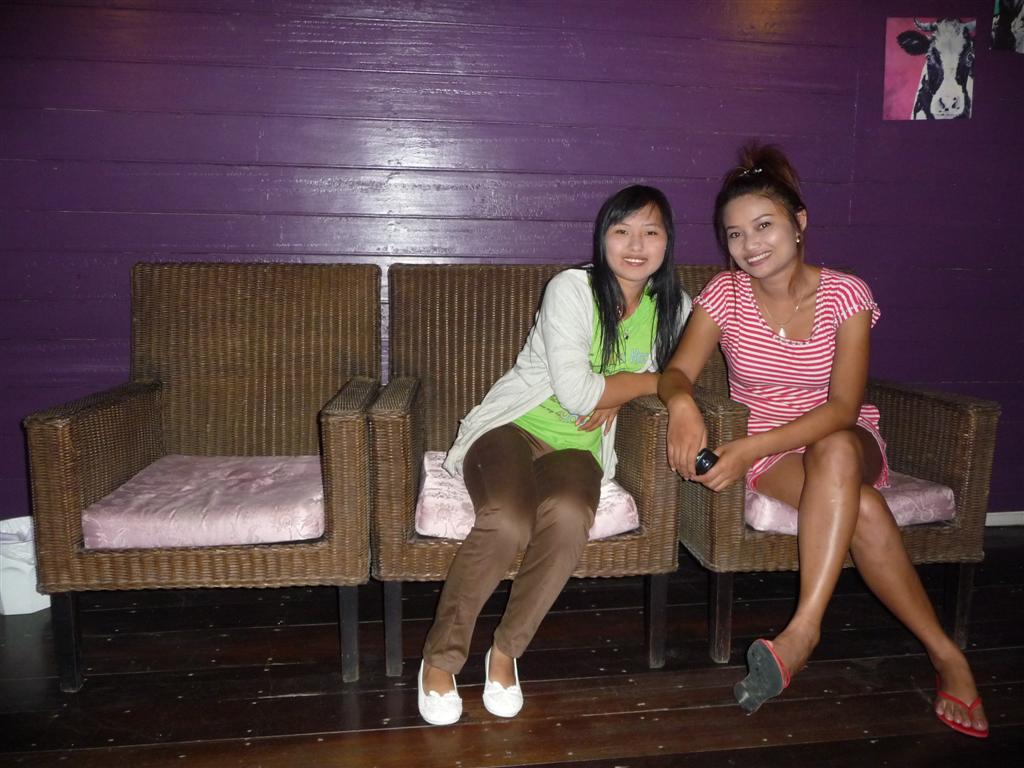 Once they crossed the Mekhong they were into a new world; the forbidden Thailand and needed us to pretty much look after their every move.

The first night we took them to the night bazaar, and they were in heaven shopping in the Thai market with so much more selection than anywhere in Laos. 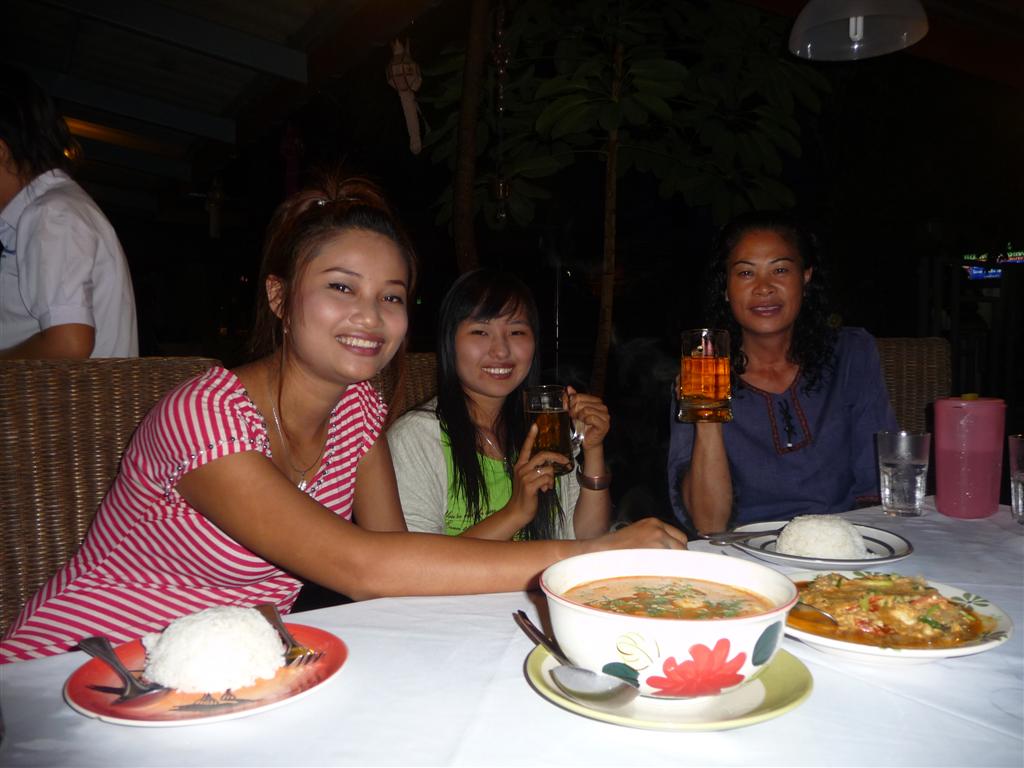 The second day was full of adventures for them:  we went to their first supermarket, Makro, and bought all the supplies for the shop.  They were amazed and awed that such a big building could exist and have so much selection in it. 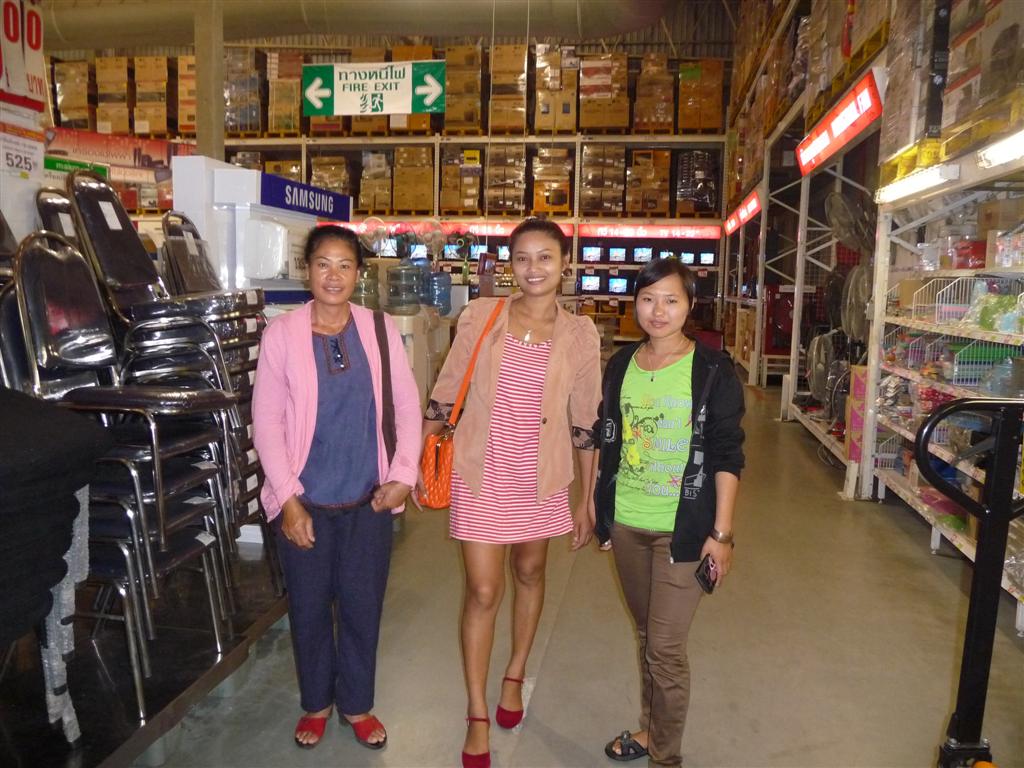 This was followed by even more amazement – the mall.  Toc was petrified to ride on the escalator, none of them having ever seen one before or known of the existence of one.  We eventually convinced her that it was fine, and took them to see their first movie. 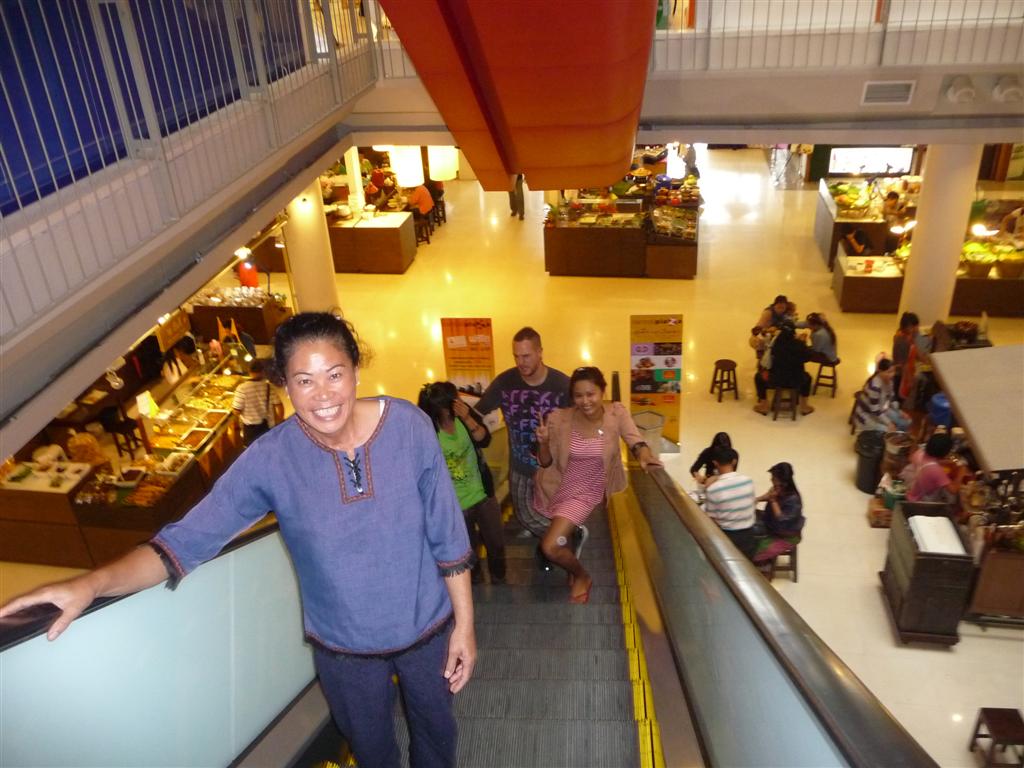 We saw more supermarkets, actual clothes stores, computer stores, TV stores, and so many other things that don’t exist in Laos.  The second night they wanted to go back to the night bazaar for more  shopping. 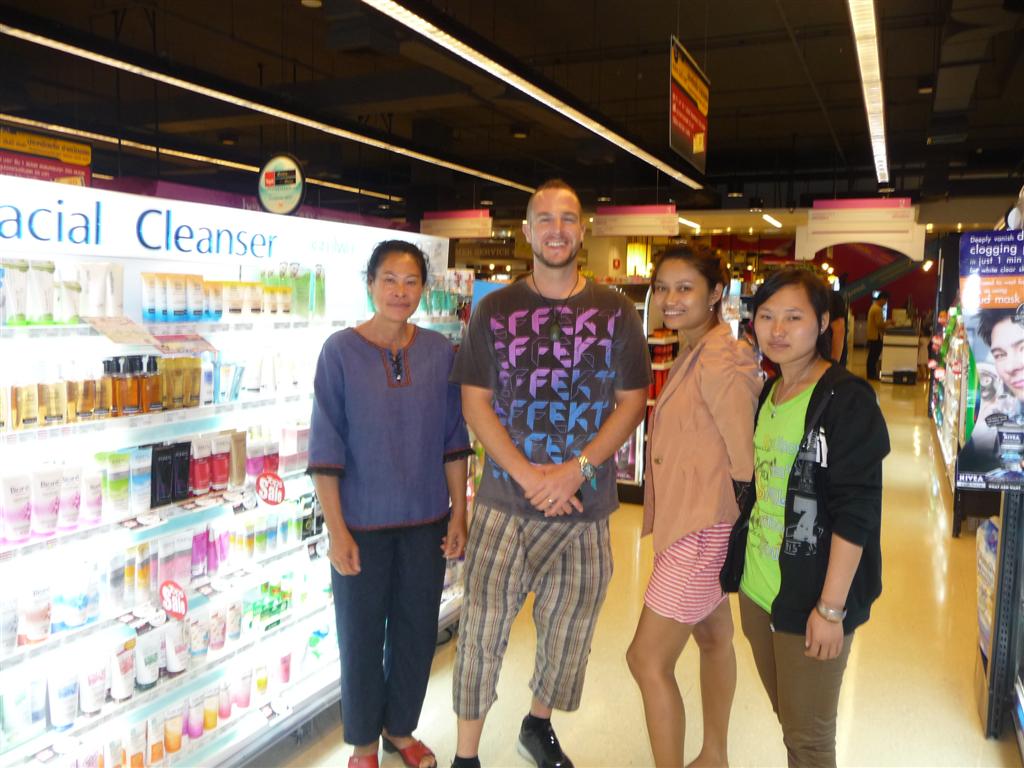 We had hoped to take them to the white temple also, but it ended up raining a fair bit and so the final morning was just chill out time before the return to the safety of Luang Namtha. 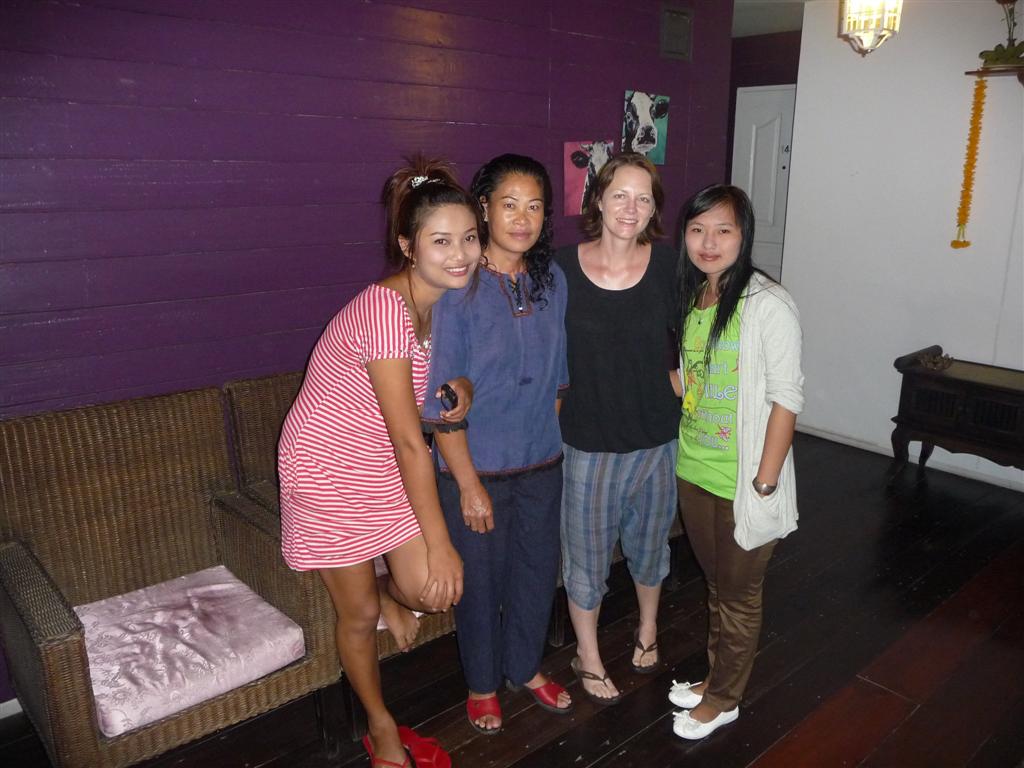