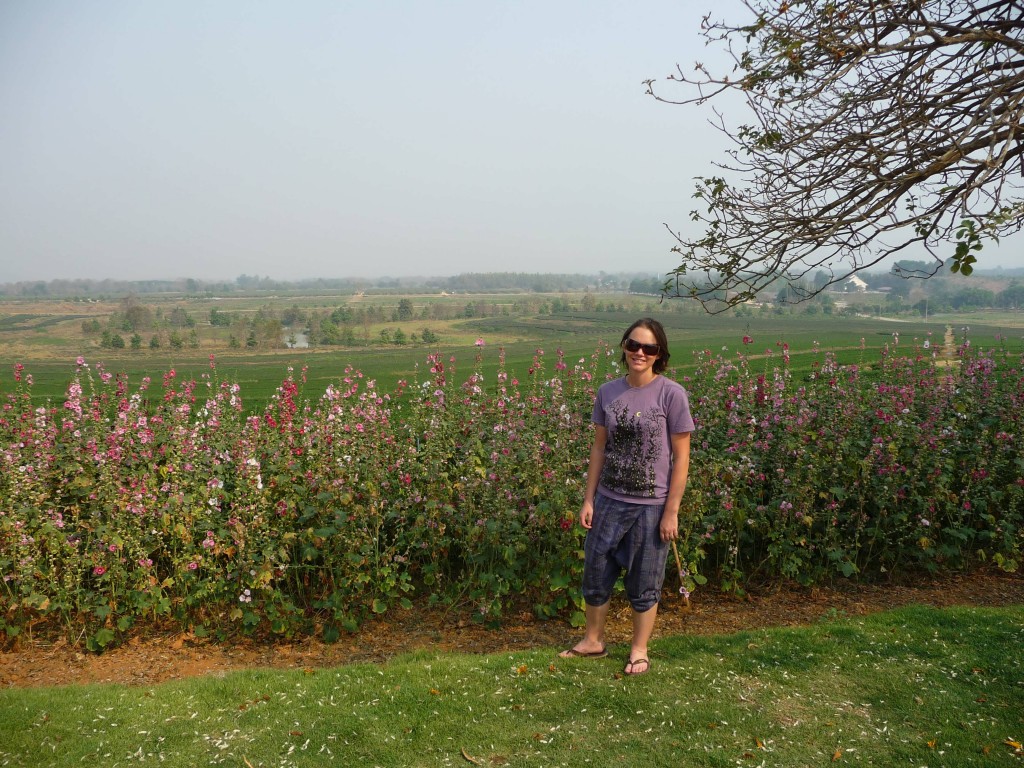 We have been spending about one week in every 3 or 4 in Chiang Rai and lately we have been seeing a few new things each time and really getting to know northern Thailand well.  Recently we drove out of town to a newly opened restaurant that was getting good write ups in the papers for having not only good food and wine but also extensive gardens and tea plantations.  It turned out to be a pretty fun day out which involved eating a lot of fresh tea leaves and wandering through the gardens. 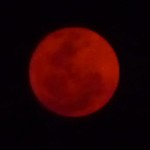 When we got back to Luang Namtha we had to say goodbye to our friend Jacob, the guy who has been doing his PhD on the minority tribes in the area for the past year or so.  We made a party for him in the shop and had a night starting at the shop and then the Chinese disco.  There was a cool red moon too! 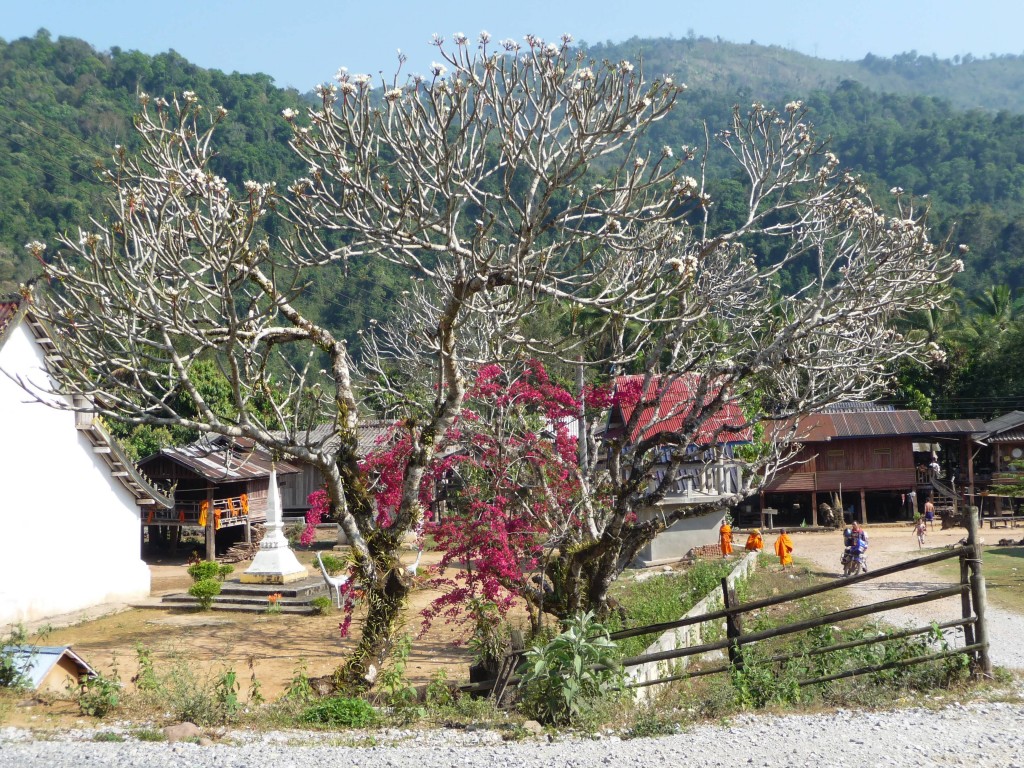 We also decided to get a bigger bike and ride a few hours through stunning views to stay on the Mekong again. The journey was really enjoyable and we stopped many times along the way to relax in ride paddy huts or just a good view points. 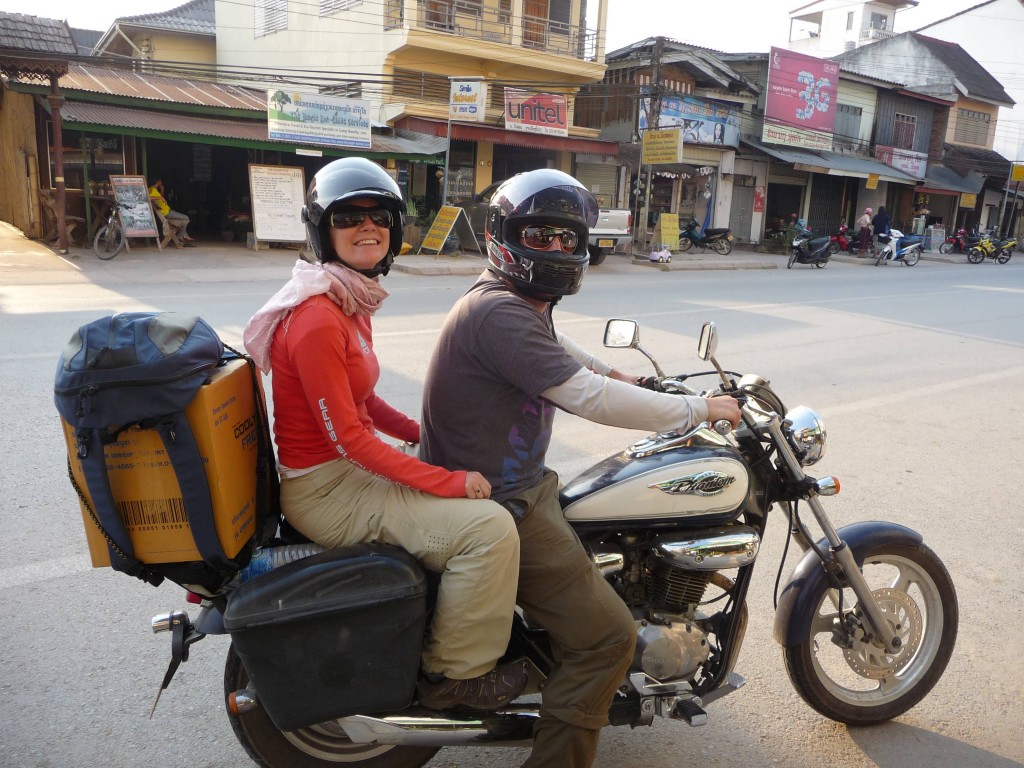 The couple of days that followed our friends Phil and Abigail came to visit, and we had a great time catching up and showing them some of Luang Namtha’s beauty.  This included time at the river, in the rice fields and eating some more of Paet’s awesome food.  We met Phil and Abigail last time they were here in Luang Namtha a few months ago, and they had a spare week before they returned home to Switzerland so came back again to hang out with us and soak up some more of Luang Namtha’s awesomeness. 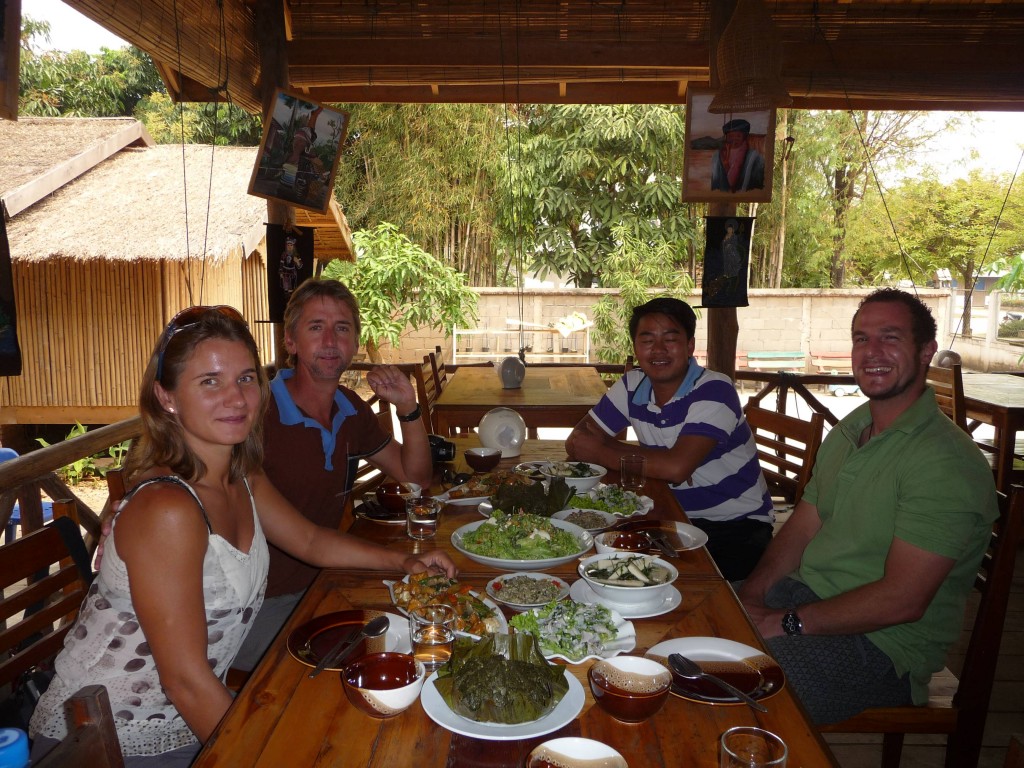 Another farewell was then to be had – it was Anna’s last visit to Luang Namtha while we are still here (her final visit will be when we’re in NZ).  Anna is one of the guides on the Stray bus that comes to town twice a week, and Forest Retreat always serves them cocktails and breakfast and so we get to know the guides quite well.  So again we made a cocktail party and went to the disco.  The Chinese disco is always an experience – normally a strange one, and not always a fun one, which is why we don’t make it there that often.  This time though we had a ball and danced for hours.  There was a guy there wearing his bike helmet inside, so Dre convinced another guy who was dancing that it would be cool for him to wear his helmet too, and so a hilarious scene followed with him dancing with his helmet on… only in Laos. 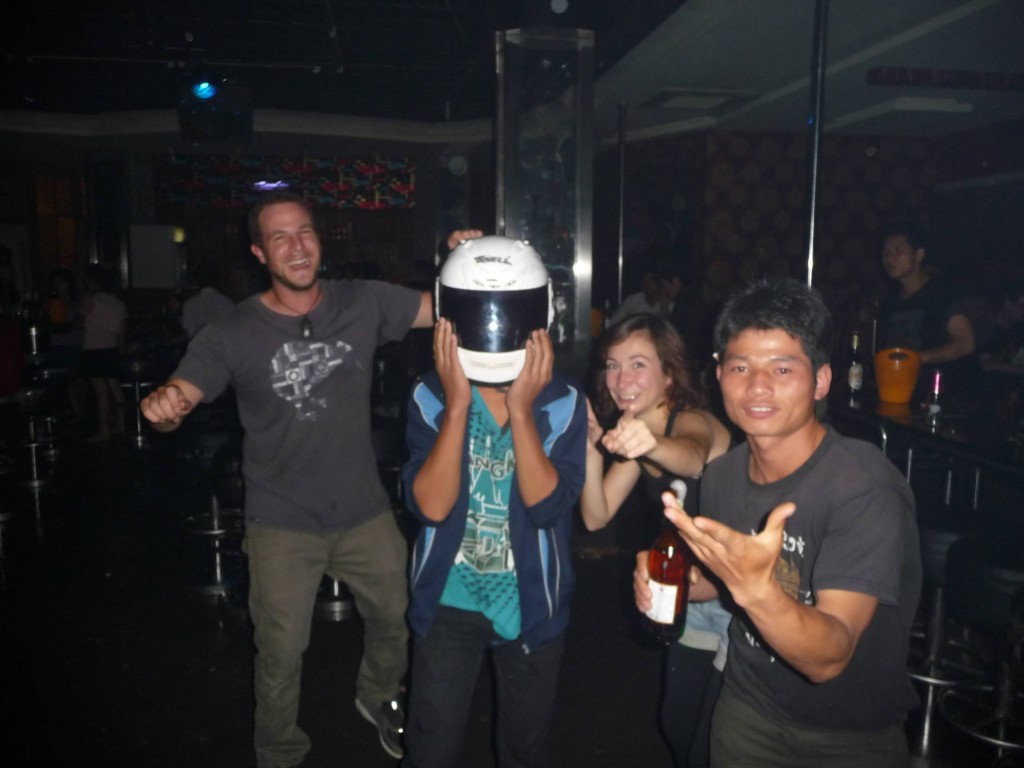 Less than a week later we had our own farewell, we had a bit of a party in the shop and prepared to say our temporary goodbyes to Luang Namtha and our friends here while we return home for Karen’s sister Julia’s wedding and travel a bit more.  Before we leave for NZ, we’ll hang out in Thailand again for a while.  Our photos of the past few weeks are here.