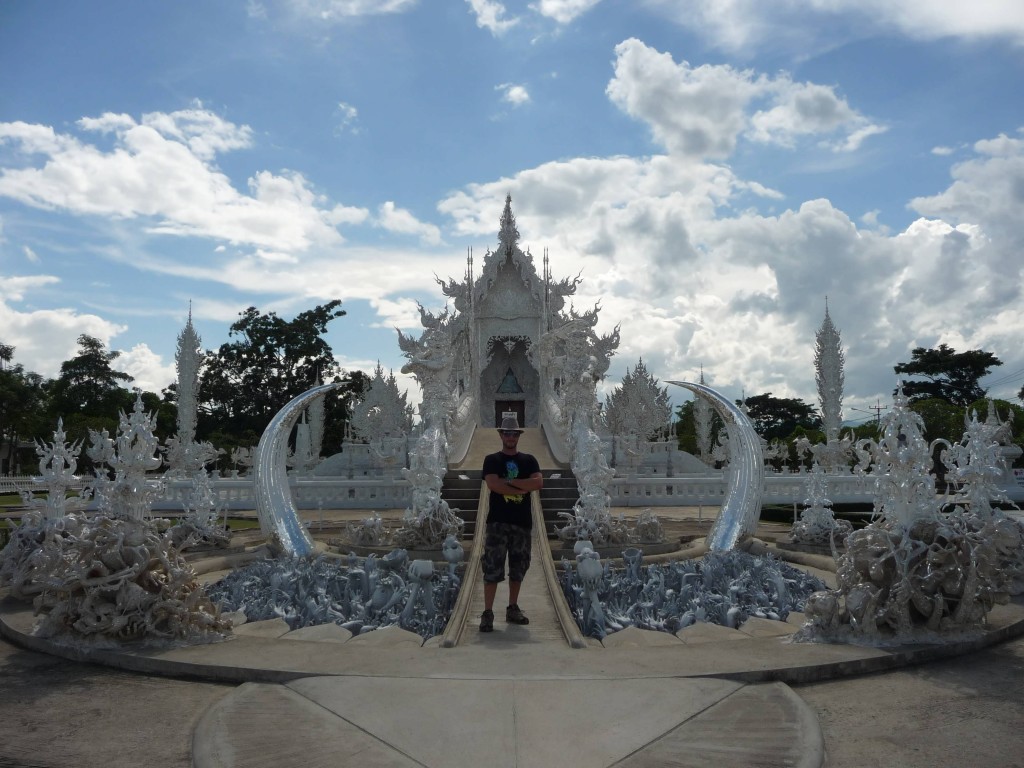 We were thinking of going to Myanmar for a couple of days for Karen’s birthday, but after all the work we both did in Luang Namtha neither of us could really be bothered.  So we just spent a couple of days relaxing in Chiang Rai, riding around on a motorbike and visiting the White Temple again and also going to the Buddha cave, which we haven’t seen before. 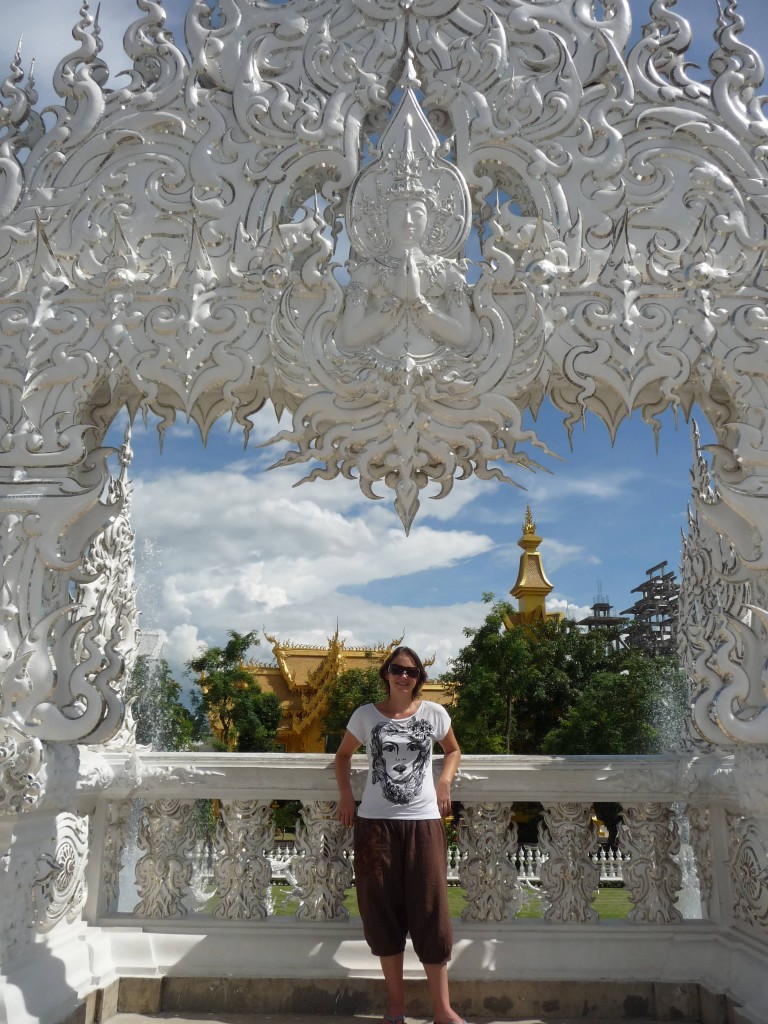 Visiting the White Temple again was well worth it – last time the front section was still being completed and also the mindblowing artwork inside was less finished.  There is still one entire wall inside to be completed – we can’t wait to visit again because it is the coolest artwork in the coolest building we have ever seen.  We spent days across the road from the White Temple last time we were in Chiang Rai, but actually visiting again and going inside and walking around the grounds was way cooler than we thought it would be, just because it is such a unique and fabulous building. 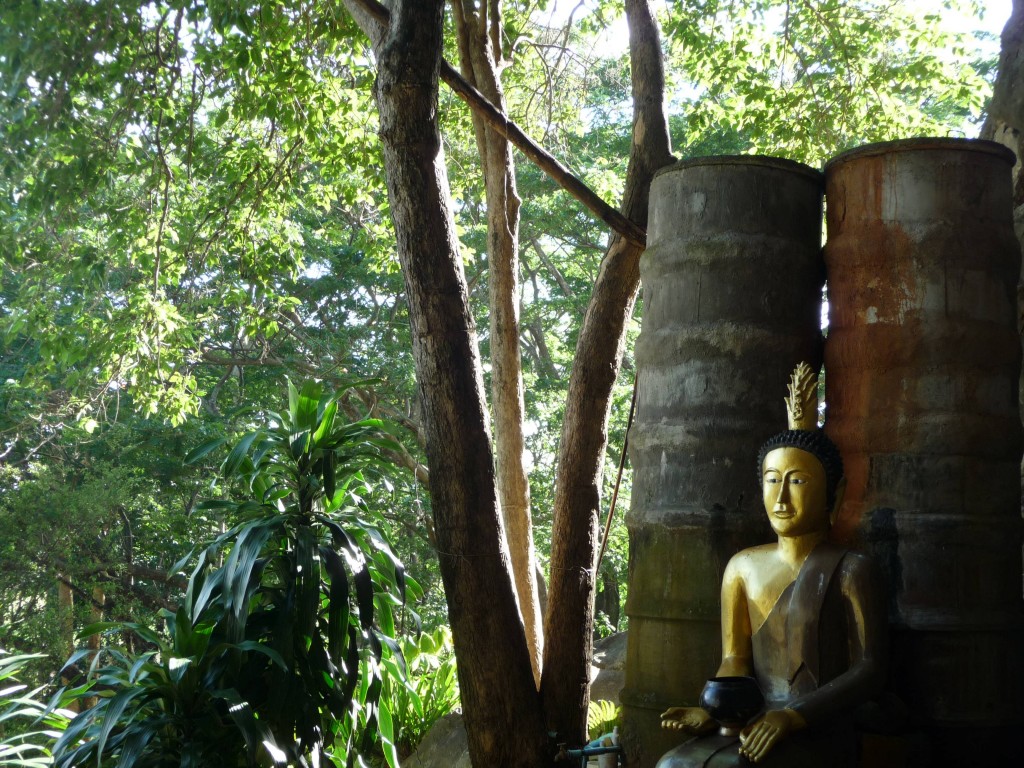 Visiting the Buddha Cave involved lots of riding on country roads that we haven’t been on before, which was very beautiful.  The cave itself was on the river’s edge, opposite Chiang Rai beach.  It is a very serene location.  We met a monk there who had lived at the temple for just a few months and was eager to practise his English.  After talking to him for a while and seeing the cave we wandered around the grounds and then started being attacked by a swarm of mosquitos so high-tailed it back onto the roads. 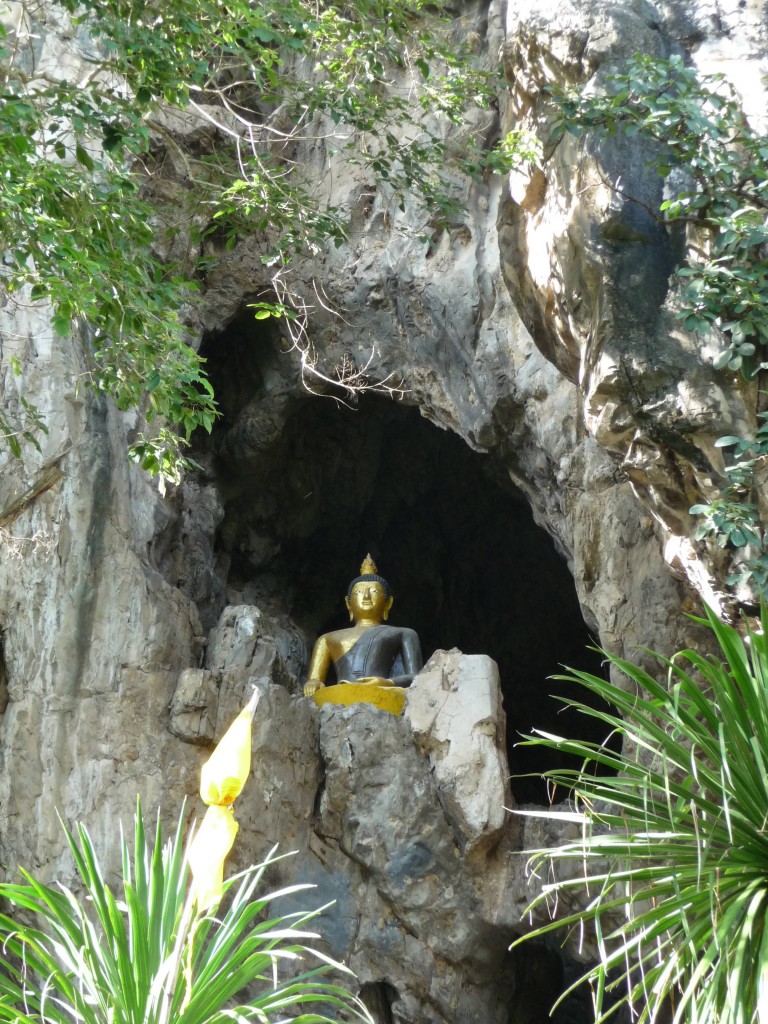 Although we didn’t make it to Burma, it was a nice relaxing way to spend a couple of days and much needed after Luang Namtha and before the 3 day journey to NZ.  Myanmar (Burma) will still be there when we get back :-).  Our photos are here.