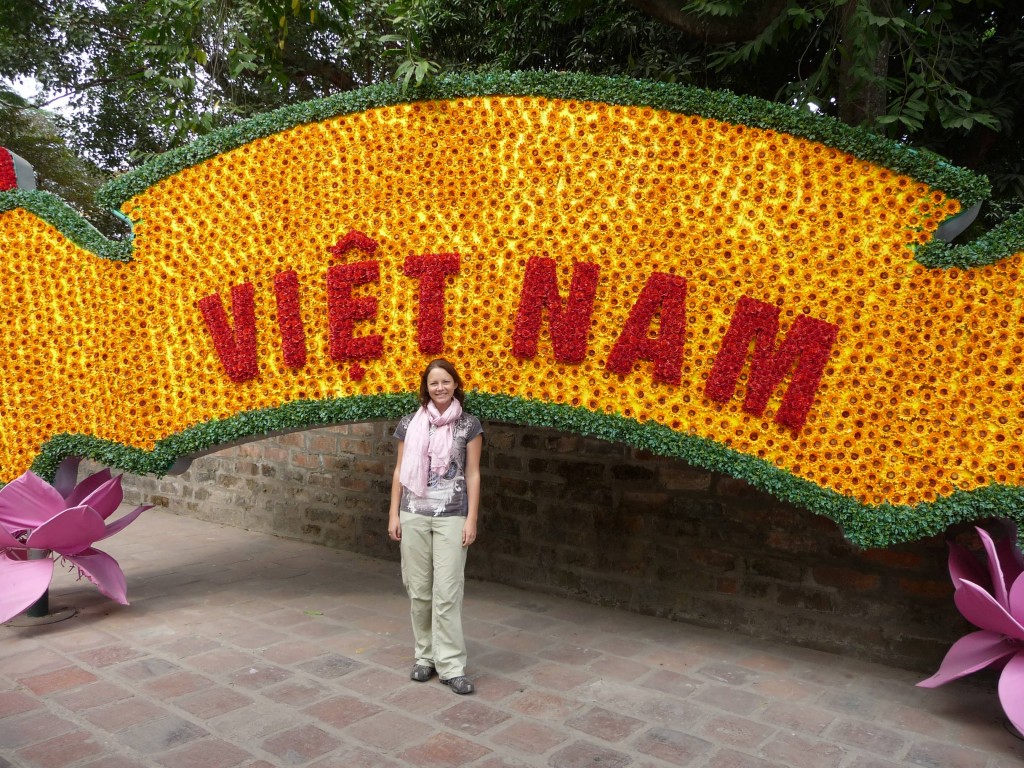 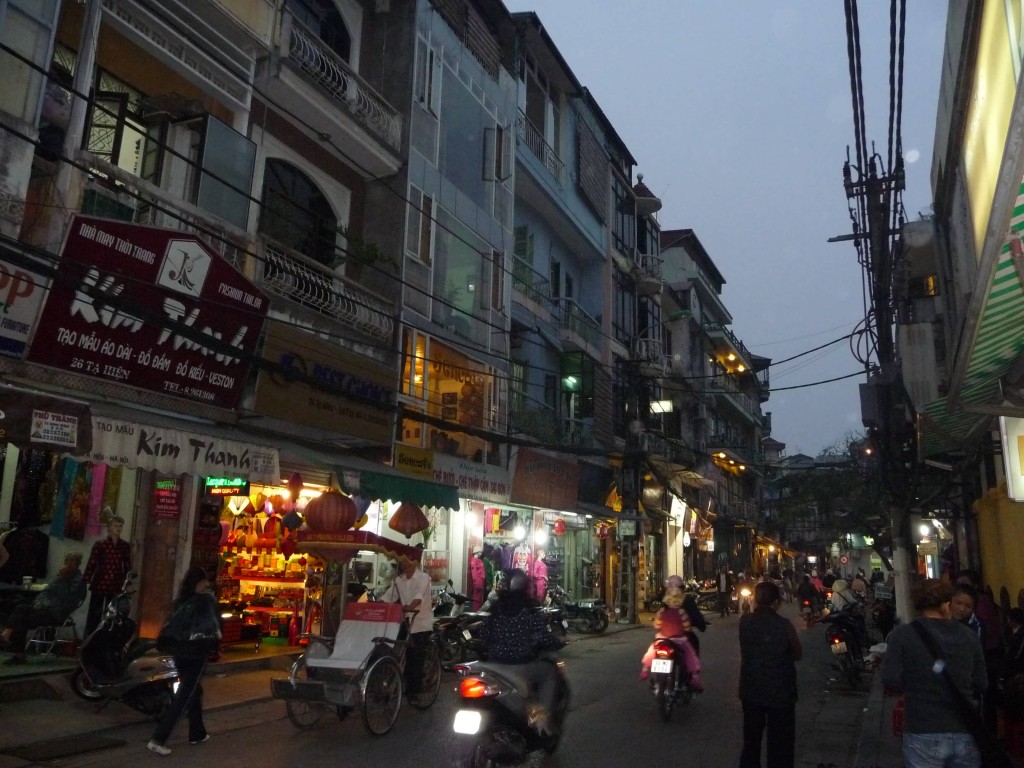 Actually, we had expected Ha Noi to be even more intense and chaotic than it really is, and we are both quite glad that we have managed to spend 2 days navigating our way around and survive the traffic.  Our plan to avoid Ha Noi and go straight to Sa Pa didn’t quite work out when we had to get a ludicrously early flight and were both shattered from basically no sleep the previous night due to trains, subways, more trains and the airport.  So we decided to give ourselves a break and stay here basically just to rest.  It was kind of novel to arrive in Bangkok airport after travelling for so long, and yet we haven’t seen an airport for 4 months. 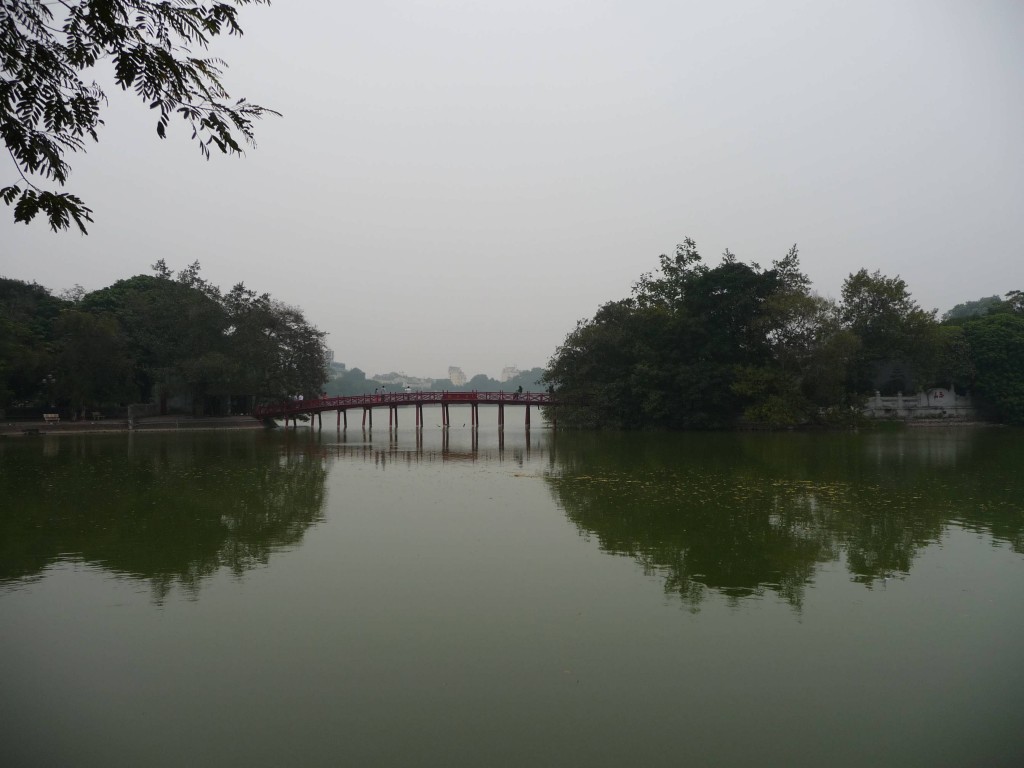 So we spent our first day wandering around Hoan Kiem Lake and seeing all the craziness of the streets.  They actually sell heaps of cool stuff here and we wanted to buy lots of things!  Our second day we spent mainly in parks and more wandering.  Dre has had many, many Vietnamese coffees and reckons it is the best coffee in Asia.  Now he has lost all concept of what not talking constantly might be like, so Karen has banned him from having more coffee until tomorrow! 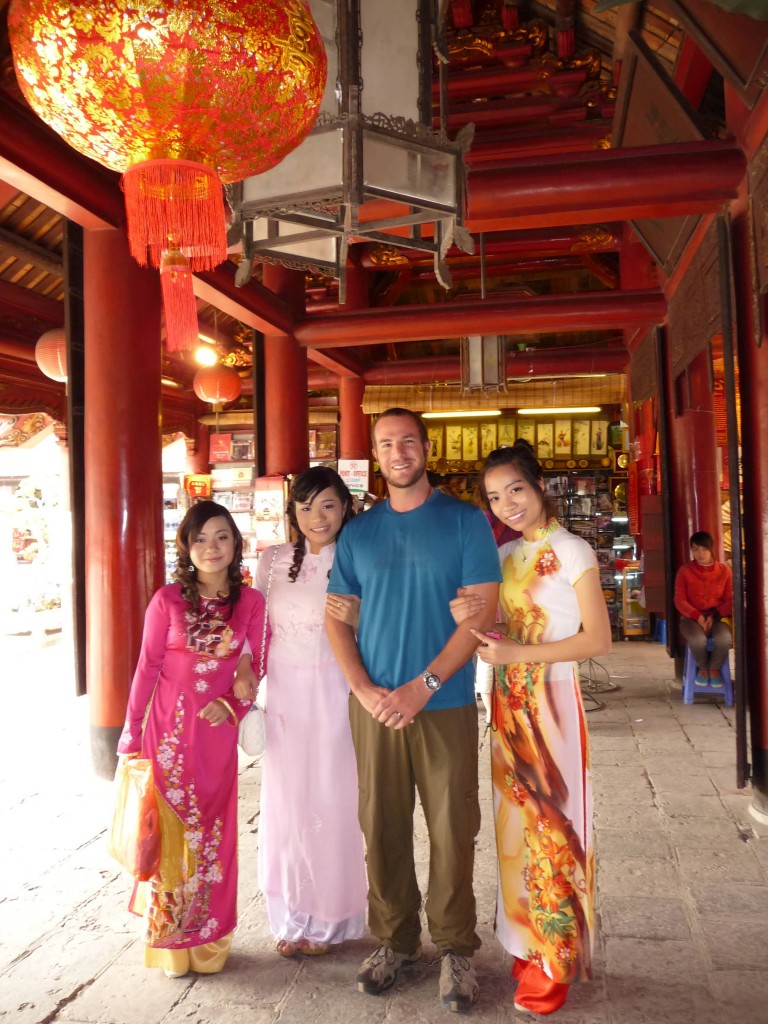 We have been pleasantly surprised by the people we have encountered, all reports from friends and other travellers had led us to expect that we would be in for a bit of a shock in terms of the lack of friendliness from the Vietnamese people.  We have only met and dealt with truly lovely people and have been amazed at how a simple ‘No Thankyou’ makes street vendors just smile and immediately direct their attention elsewhere, instead of the constant hassling we had been prepared for. 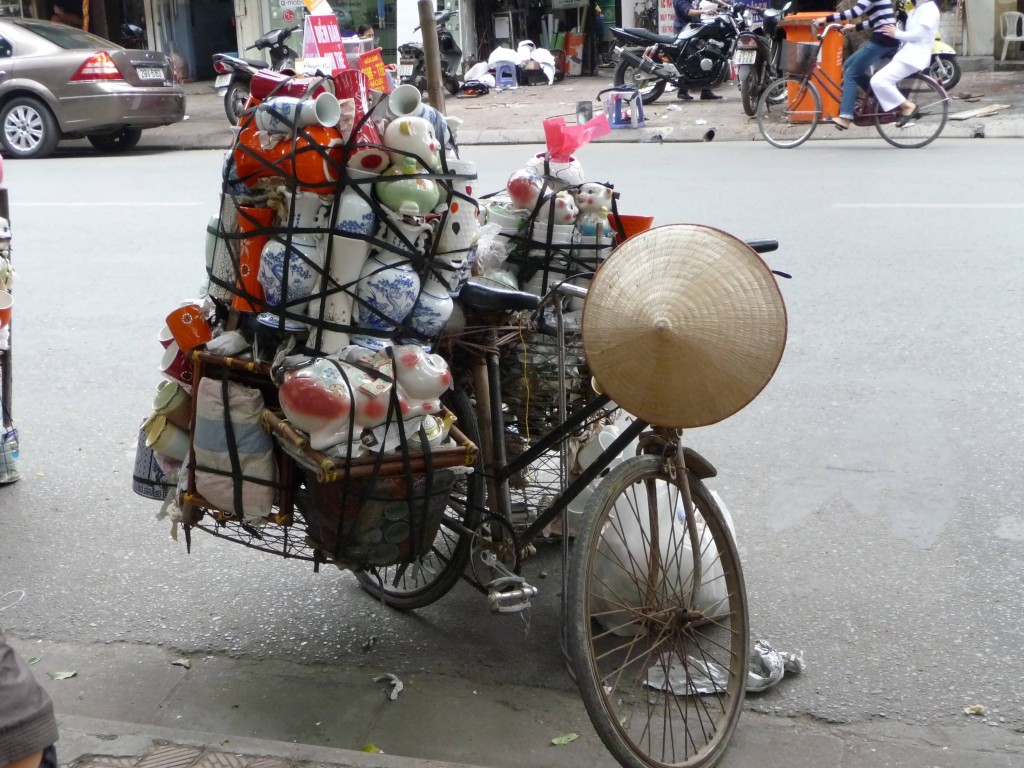 Overall we have had a lot more fun here in Ha Noi than we imagined we would, it’s not so big and scary as we thought it might be, although it’s funny to think that it’s our first major city of the entire trip so far.  We are both pleased to be going to Sa Pa tonight on the train though, mountain goodness here we come!  Our photos are here.