This has been a month for ‘seeing’ – we have been to see Phantom of the Opera at Star City, Edward Scissorhands at the Opera House (which was really cool as it was in the Opera Theatre), and we also scored some tickets to the Australian Premier of Kung Fu Panda at the State Theatre.  This theatre was particularly impressive, and we got a couple of photos of the beautiful interior.  We saw Jack Black, who came to Australia to open the movie, and also Rove, Cate Blanchett, and a couple of D/E/F grade celebrities as well.

Above is a short movie of Jack Black opening the Premier, (click on it to play) we were so impressed by his antics prior to going inside to the movie, he was so funny and attentive to all the media and fans, taking a good five minutes or so to talk to a young girl and sign her guitar, and talking to everyone in what seemed like a lot more detail than most other stars bother with.  He also jumped over the security barrier to perform some interesting ‘kung fu’ for his fans, he really seemed like an entertaining and genuinely nice guy. 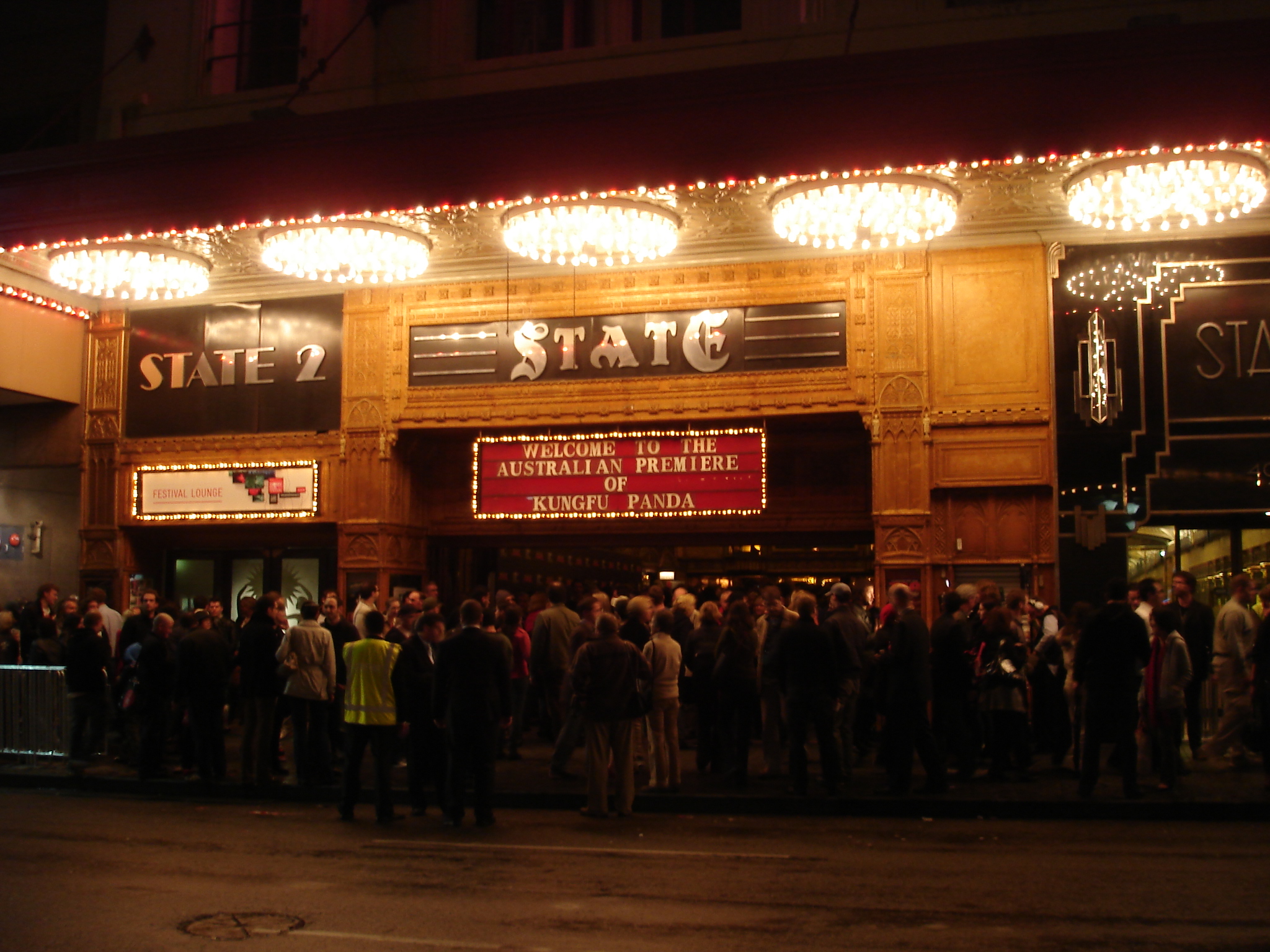 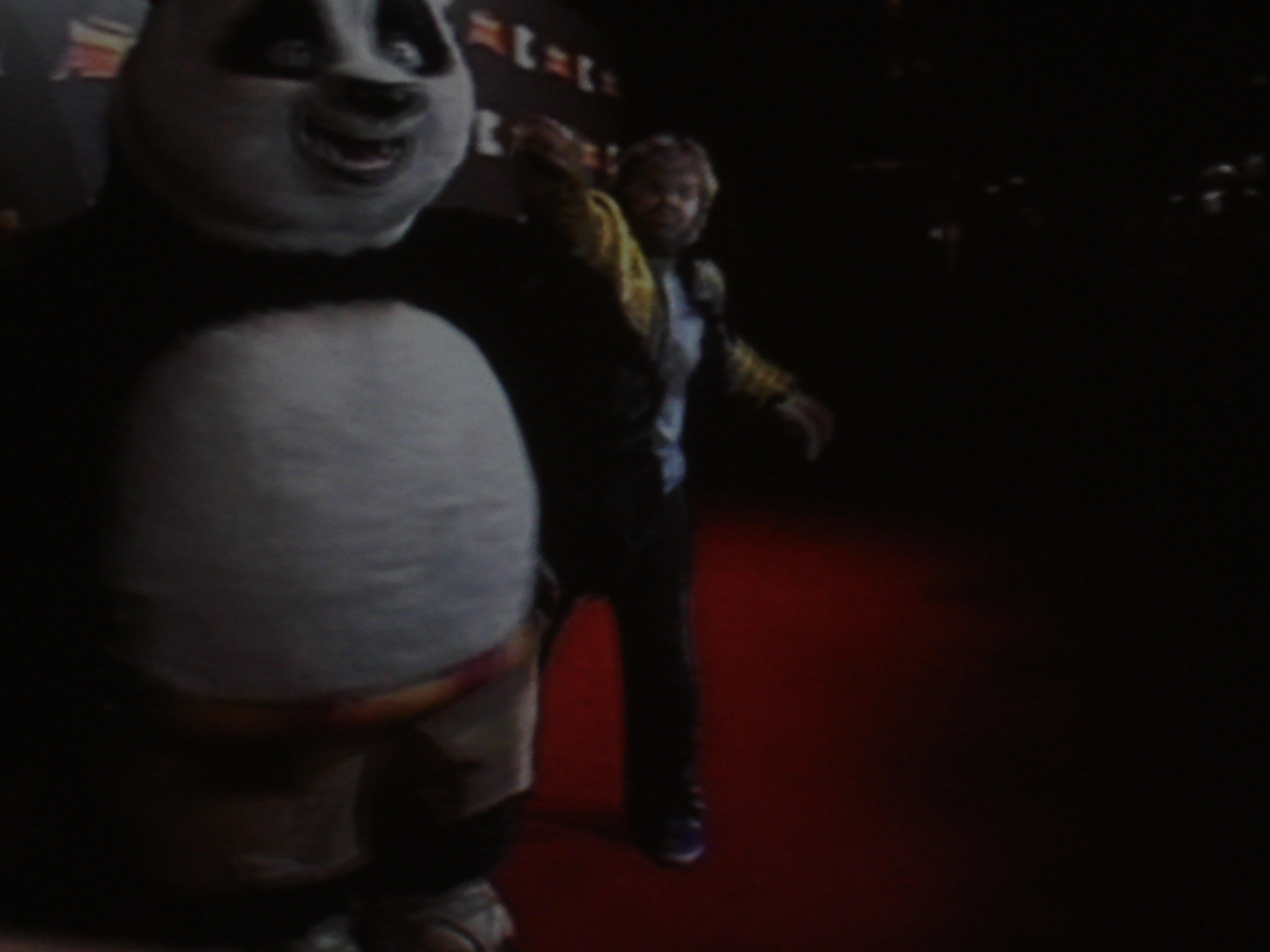 Jack Black showing off his moves with Po the Panda.  We had a couple of camera issues with the flash not working properly – maybe the batteries, or maybe time for a new camera – either way we did get a few good pics.  Click here for more photos.