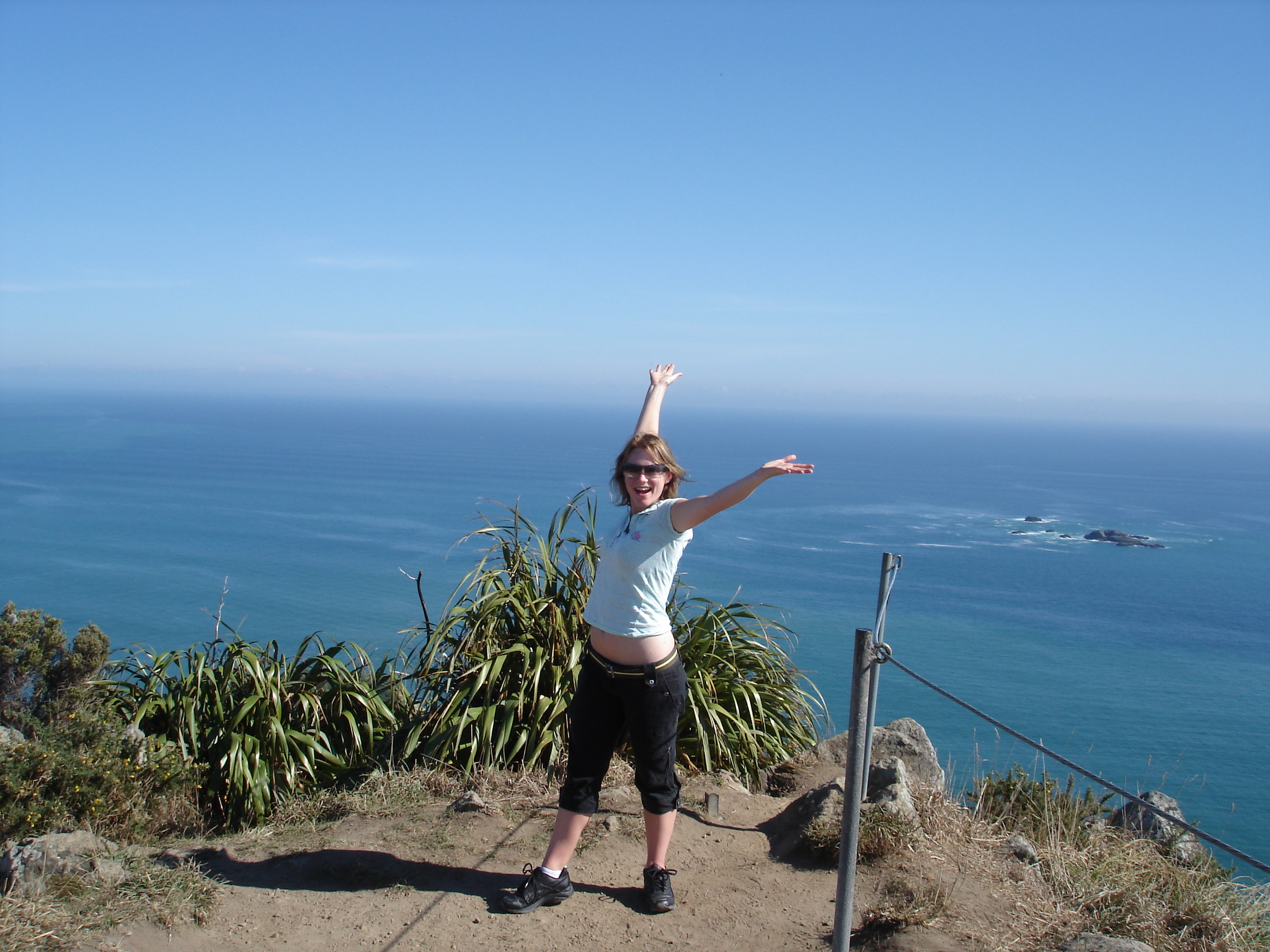 We have spent a day in Taranaki, and have done a couple of cool things.  We climbed up Paratutu Rock, 200m high and basically vertical the whole way up (thanks Steve for the heads up on that one) and got amazing views. It was pretty sketchy at times – we have no idea how people used to get up there before the rope wire was put up there.  When we got to the top as well as the awesome views there were loads of little flies that wouldn’t go away, it was weird as they weren’t anywhere else except on the very top.  We also went up Mount Egmont and went for a walk in the Goblin Forest which was amazing, it is so green here!  There was moss and lichen growing on almost all of the trees and it was very cold and damp.  Very very cool scenery though. To see all our photos of Taranaki click here.

The weather has been really good since we’ve been here, really cold nights but a beautiful sunny day.  In the morning it was so cold that we thought the fridge wasn’t working as it felt the same temperature in there as it did outside – then we realised it was just because the outside air was just as cold.  But during the day it’s been nice and sunny, NZ is turning it on for us!