Yesterday we spent the morning doing a walk which we discovered about 2 minutes from our house.  After walking through the bush it came out on the beach and we spent a few hours walking around the rocks and rock pools, finding Paua shells and even 2 shark eggs as well as lots of other beachy stuff. 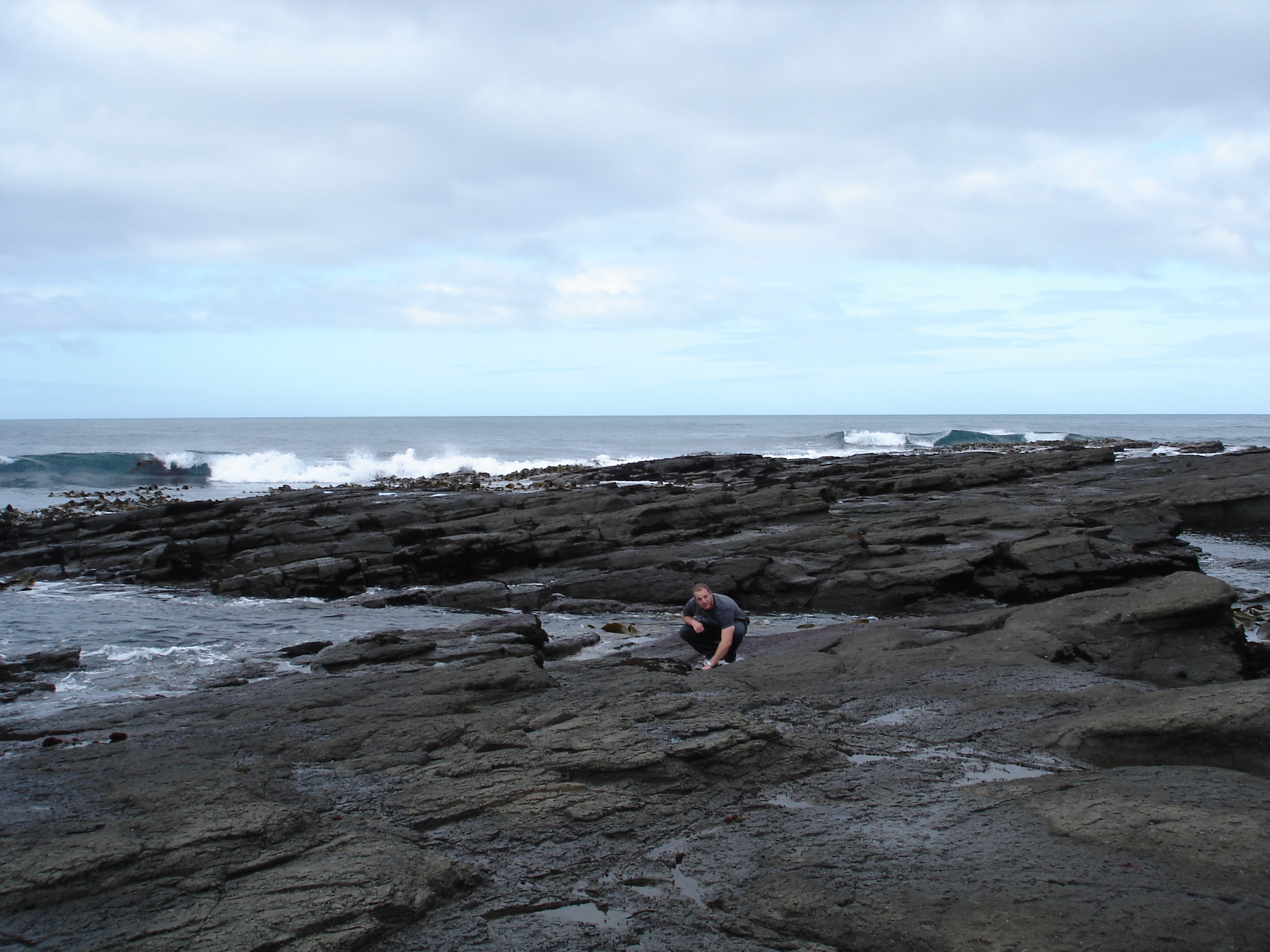 There were 2 Stewart Island Shags on the beach too.  Then we went to the Cathedral Caves – wow, you really must see these one day.  Massive, massive caves which join up at the back, shaped like a cathedral, this was one of the coolest sights we have seen so far.  Definitely the coolest thing in the Catlins.  We also did a couple of other walks, one to a very still, reflective lake, and one to another waterfall.  We almost thought we were over waterfalls after seeing so many in the last few days, but this one, the MacLean falls was worth the walk up to it. 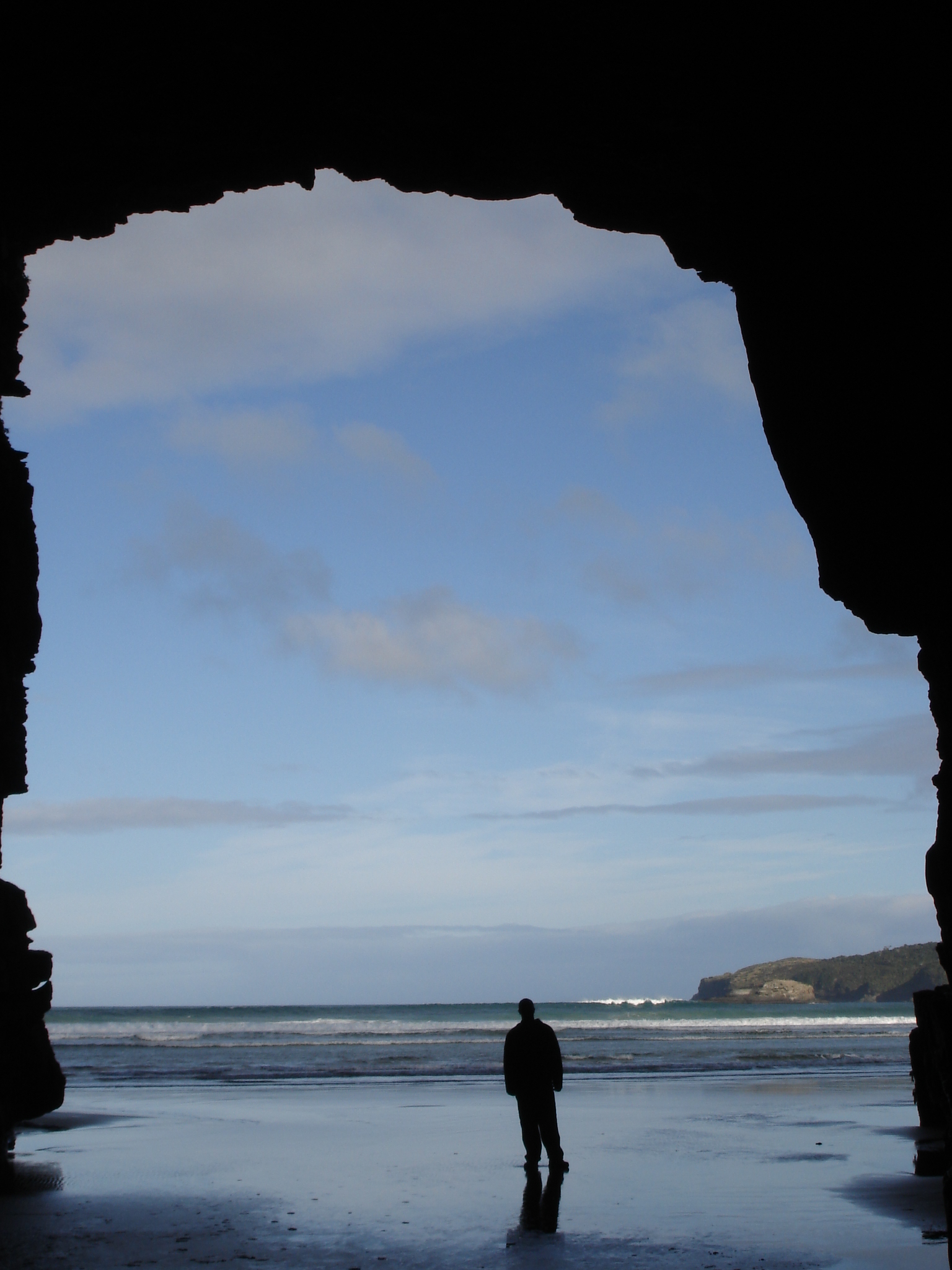 Then we came back to sit on the balcony (in the freezing cold, with snow jackets, jerseys, skivvys etc on) to watch our beautiful view.  After a while the heater inside was too alluring so we watched the view from inside.  It’s amazing how dark it is here in terms of daylight hours, as we are sure the sun wasn’t setting this early or rising this late when we were in Auckland. Is it just winter or is it just light less this far down?

This morning we woke to see the sun rise over the ocean and cliffs, it doesn’t rise until 7.45 am!!  Now we are heading off to see the last 2 Catlins attractions (including the South Islands southern most point), and then taking the ferry to Stewart Island. You can see out photos of the Caves and McLean Falls and other stuff here.