We have spent the past 3 days on Stewart Island, staying at a funny little B&B which definitely added to our Stewart Island ‘experience’.  The introduction to Stewart Island was the Foveaux Straight Ferry, aptly named ‘Stewart Island Experience’ – it sure was an experience.  We have never ever seen seas so rough and wild before – it was not up there in the most fun things in our lives.  Most people on the boat were sick (apparently this is normal) and lets just say that we were pretty pleased to get off the boat and back onto land.

We did see loads of birds on Stewart Island though, which made our trip worth it.  The first day we went on two massive walks, one out to the tip of the island and we saw lots of Albatross flying around the fishing boats and lots of muttonbird burrows.  We also got to sample lots of the local seafood at the hotel, which also smelled of fish because of all the fishermen hanging out there. 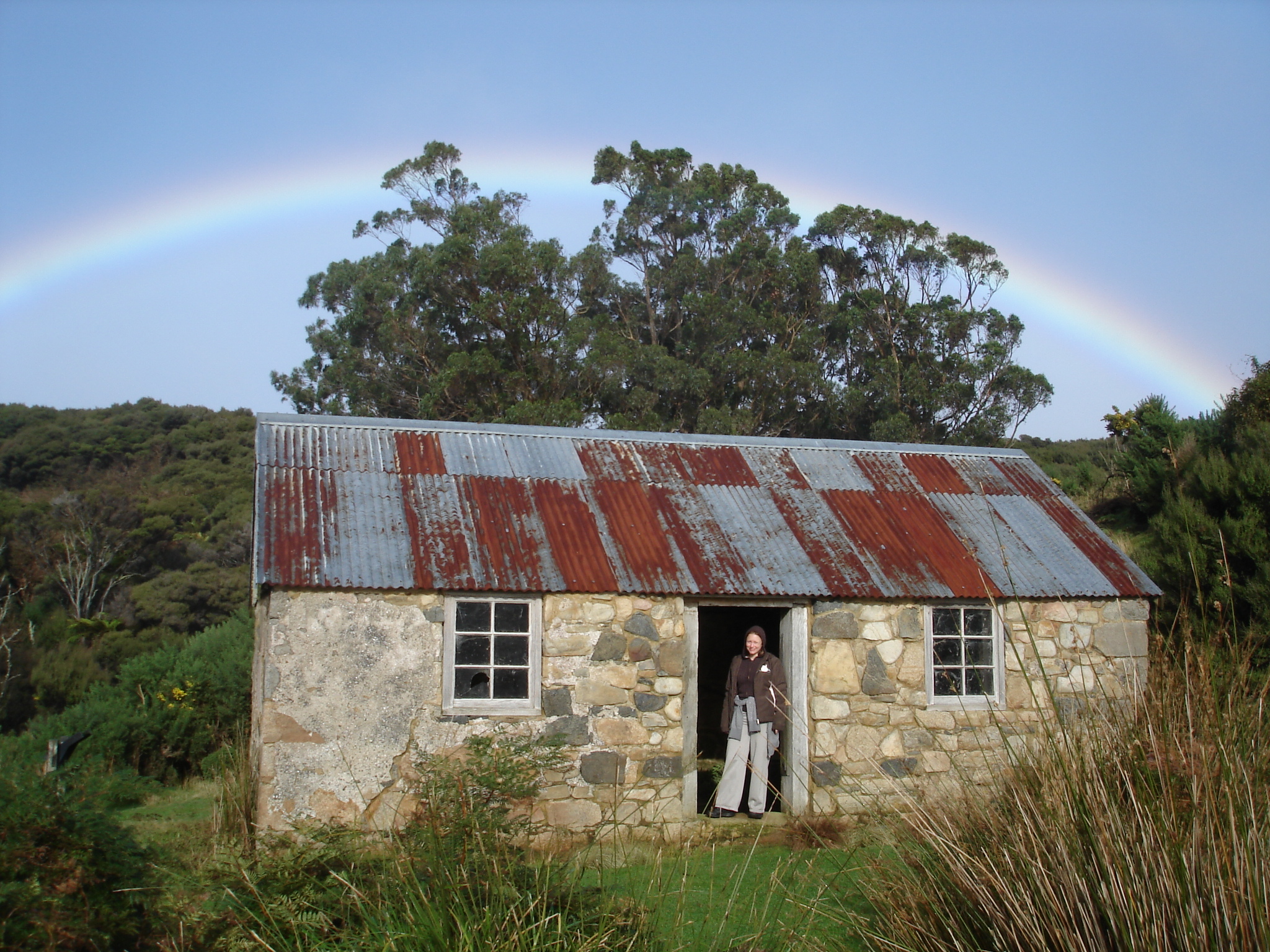 The next day we took a water taxi to Ulva Island, a bird sanctury which DOC has successfully removed all predators from, so the birds are flourishing.  The water taxi was pretty rough as well, the driver told us ‘you better hold on tight!’ as we hit the small patch of open ocean between Stewart Island and Ulva Island, and he wasn’t joking.  It was about the size of a Dinghy and the swells were metres high.  But when we did get there we saw Stewart Island Robins, Saddlebacks, Kaka, Native Wood Pigeons, Kakariki, Rifleman, and we even saw a Kiwi beak mark in the ground, it was quite distinctive but unfortunately that’s the closest we got to a Kiwi. 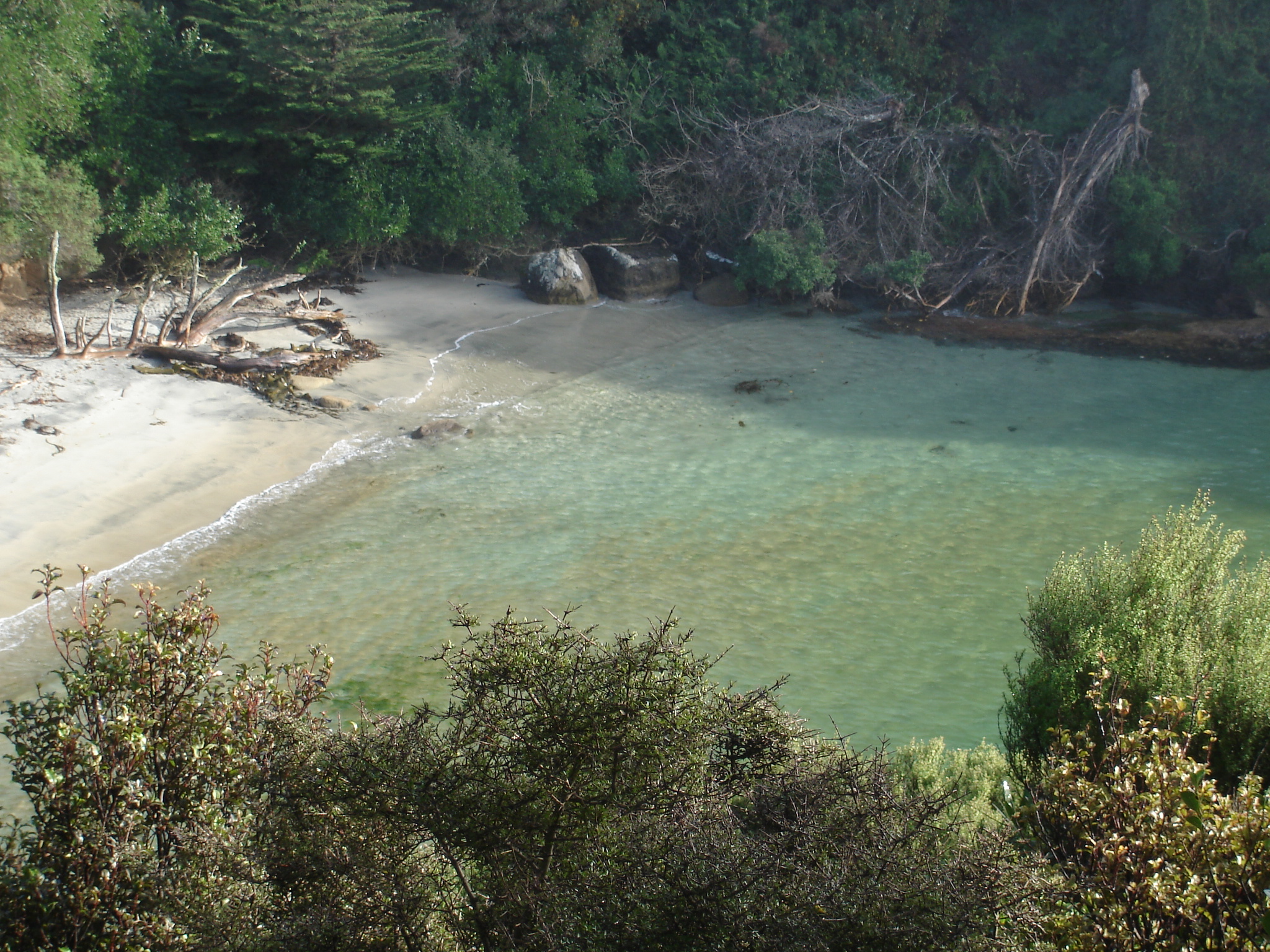 The rest of the time we spent walking around in the rain and the freezing cold wind, and hanging out with Andy, the rough-as guy who ran the B&B we stayed in who had lots of stories about when he was in the war in Vietnam among other things.  When it came time to leave the Island (which we were quite ready to do), our ferry was cancelled because the Foveaux Straight was too rough, and the morning ferry had taken an hour and a half to get over from Bluff rather than the usual hour.  So, we were stranded.  We tried to get a flight back to the mainland but all the flights, including the additional flights for the ferry passengers were full.  After going on standby and pleading for a pilot to make an extra flight for us, and 5 or 6 trips back to the flight people, we finally found out at about 4.30pm that we were going to be able to get off the Island, as a pilot agreed to take us back to Invercargill.  It was worth every cent to go on the flight, which was in a 5 seater plane but only took about 10 minutes and was far, far more pleasant than the ferry.  This is how big our plane was (we were sitting at the very back): 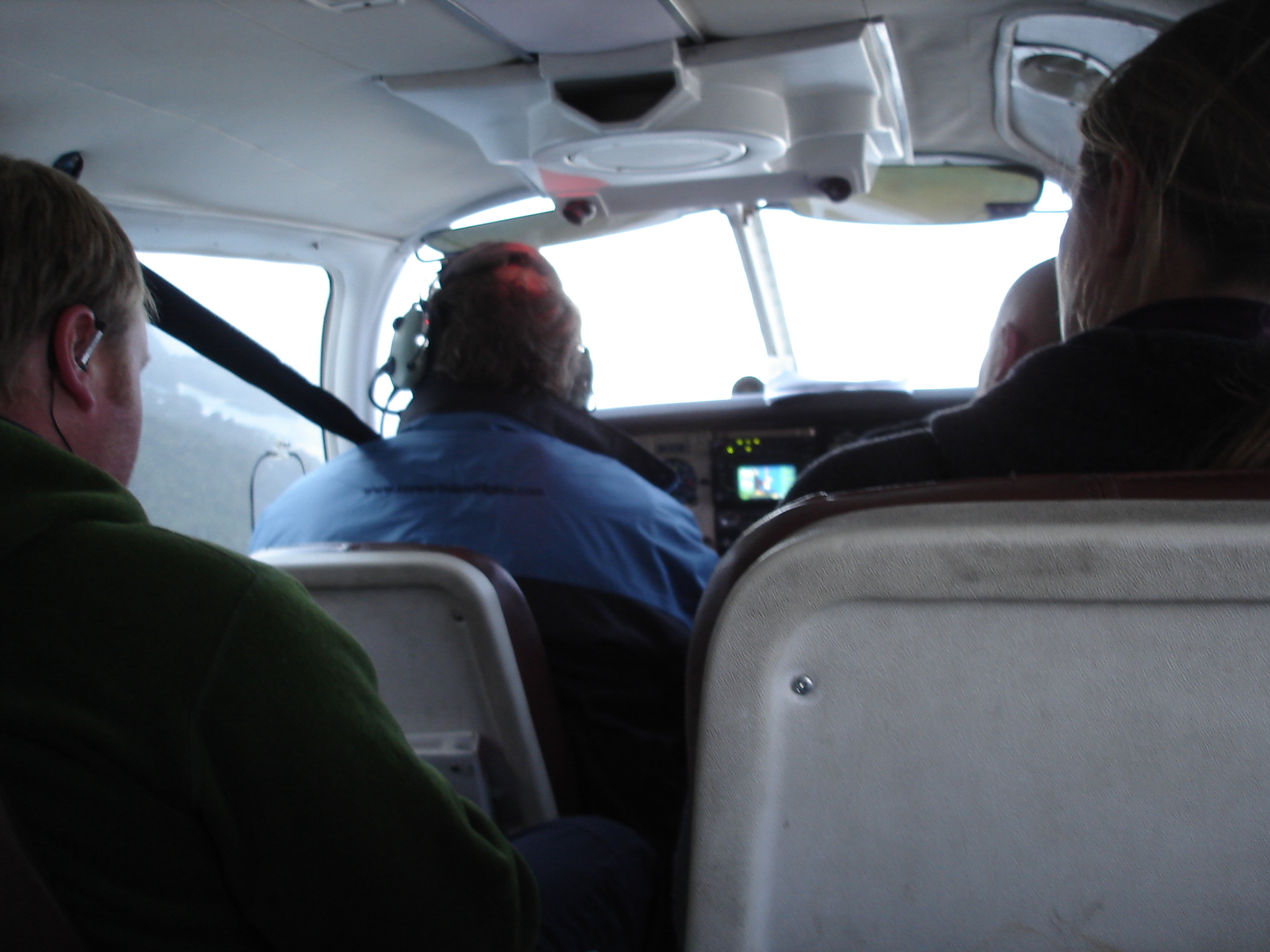 We even got some really good views of the sun setting over the ocean and several smaller islands.  Then we had a mission to get back to our car in Bluff, only to find that the carpark was locked for the night….. but after some pleading with a man on a bus (another story for another day) we managed to get our car back and drive back to Invercargill for the night.  You can see our photos of Stewart Island here.

Today we will continue on to Te Anau and tomorrow go to the Milford Sound.