Yesterday we decided to go for a massive drive up to Farewell Spit.  On the way we stopped at the clearest fresh water springs in the world, which is pumping out a massive 14000 litres per second…. pretty impressive.  We continued on to the beach at Golden Bay, and right up to Farewell Spit.  We walked down the beach until we got to the enormous sand dunes which make up the Spit.  We trekked cross country to the dunes and walked right over so that we could simultaneously see the west coast and Golden Bay.  It was very cool.  We walked so far that we had to follow our footprints back – it was exactly like a desert, freaky to see in NZ.  It was an amazing day and an awesome way to end our South Island touring.  We still have a day or two down here but it still seemed like a perfect ending.  Our photos are here. 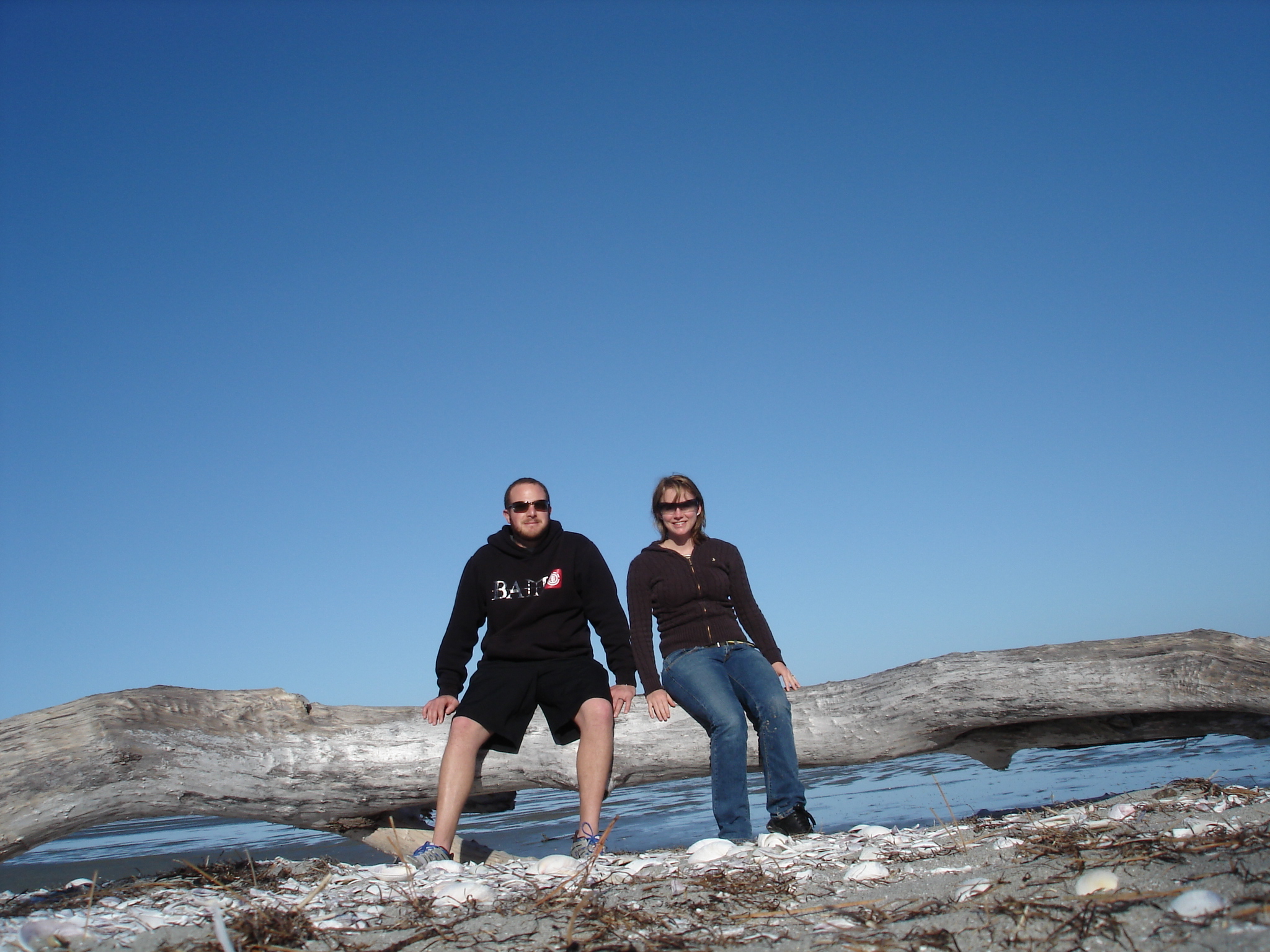