We left Hanmer after a good long soak in the thermal waters, and continued to drive through Lewis Pass.  On the way to the West Coast we stopped at a tiny hot spring at Sylvia Flats, on the side of a stream hot water bubbles up there and mixes with the cold water of the alpine stream and makes a nice temperature to lay in.  (It’s not even signposted, so thank you Rough Guide!) We also had a nice soak in the springs at Maruia which had mineral water that was totally black with tiny bits of black algae in it.  The pools at Maruia are drained every day and fresh water is pumped up from the hot spring and apparently it ranges from white to black depending on what minerals are in the spring that day.  The day we were there the water was so black that when sitting in the water we couldn’t even see our tummies. (And it turned Dre’s white boardies black!)

We then continued on to Dre’s uncle and aunt Rob and Gill’s house on the West Coast, just north of Greymouth.  They have this spectacular view from their house: 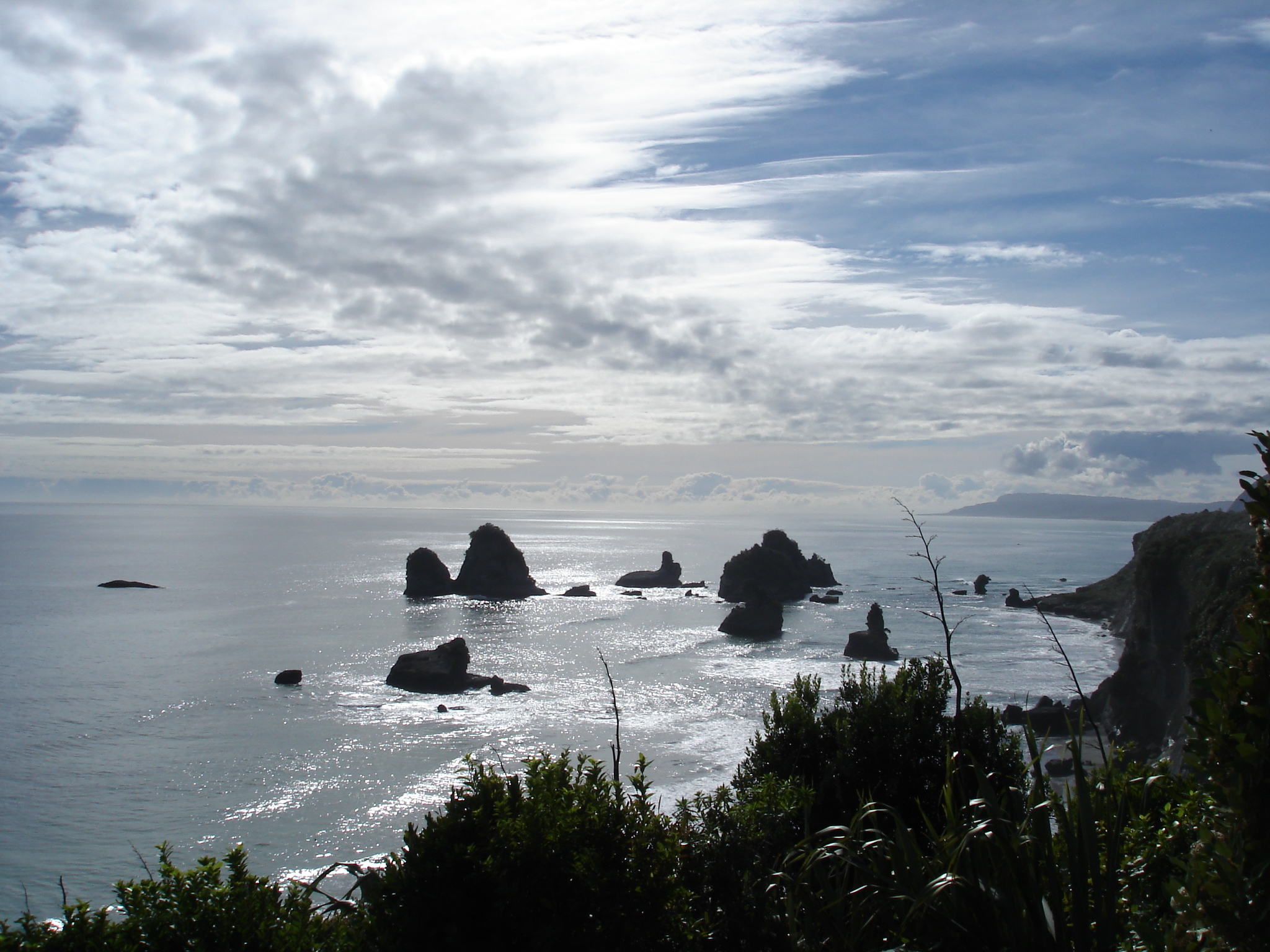 They are totally surrounded by native bush and have 180 degree ocean views and the sun sets over the ocean each night, it is beautiful.  While we were staying with them we caught up with Dre’s cousin Gemma and her daughter Cortez and her boyfriend Jimmy, and Dre’s cousin Amelia, her boyfriend Zane and their baby boy Ry, it was really cool to see everyone.  We also had a trip to the Monteith’s Brewery which we definitely recommend doing.  If you want to spend $12.50 and drink as much as you want, this is the place to go.  They gave us a really informative tour of the brewery and then we got tastings of every beer (Dre got 2 tastings!) and then they taught us how to pour the beers and told us to help ourselves.  Needless to say Dre was pretty keen on this. Click here to see all our photos of the scenery, the brewery tour and the family. 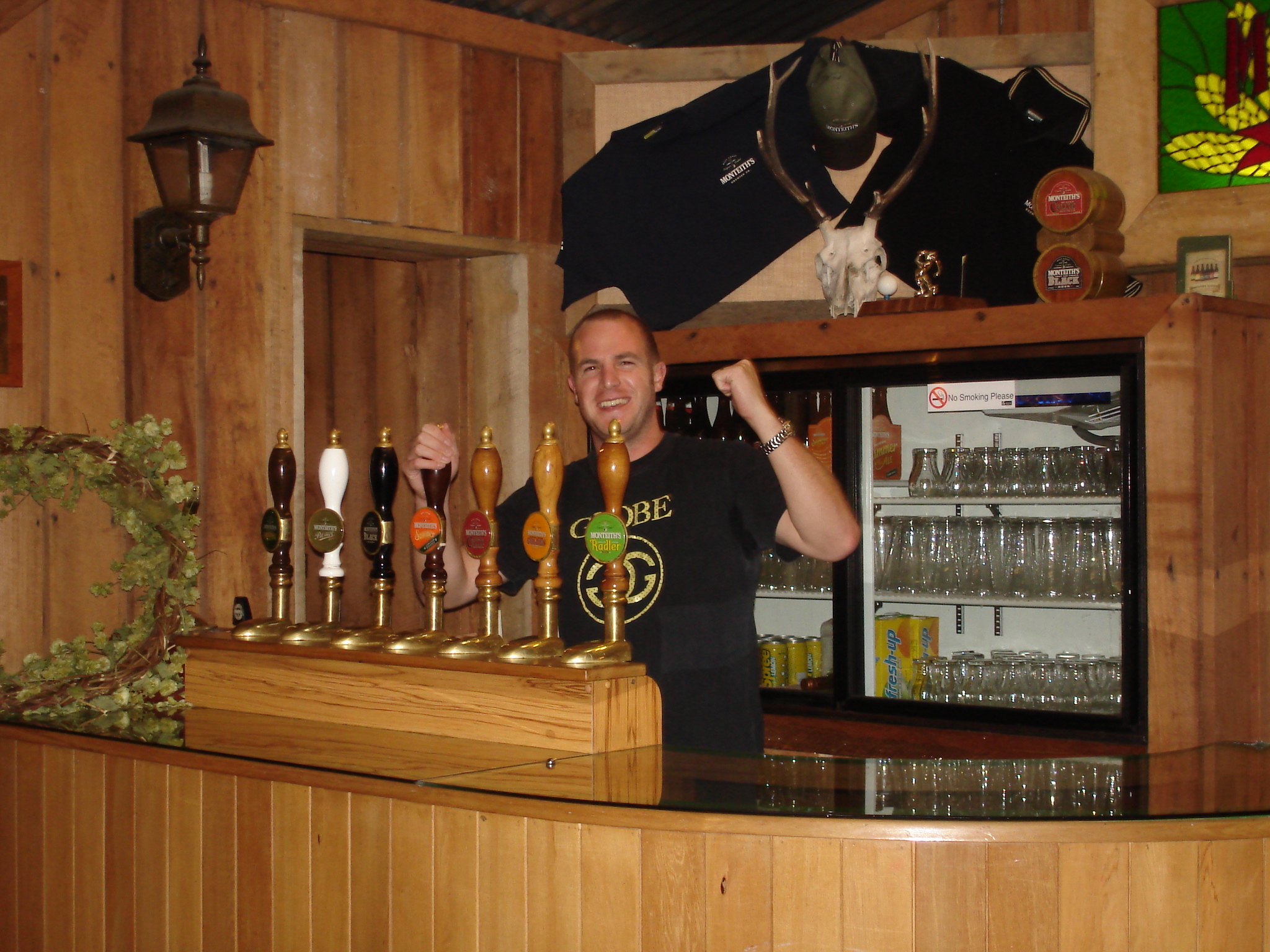