On our first day in Dunedin we drove around the Otago Peninsula to see some wildlife.  We went to the Albatross Colony which was really interesting, this is the only place in the world that the Royal Albatross comes to the mainland to breed.  They are so massive, with a wingspan of 3.5 metres and the chicks that were there while we visited were 12 kgs!  There was also a colony of rare South Island Shags that we saw.  On the way home we stopped for a walk on a beach and there was a massive Sea Lion sitting there.  It was amazing to get so close to this amazing creature in the wild, we were quite nervous at first as the Sea Lions can attack humans, but this one seemed pretty docile. He was so big, when he was sitting up properly he was up to Dre’s shoulder, and he was about 1.5-2 metres round, we never imagined we would see a Sea Lion this big, let alone in the wild.  In this photo Dre is a lot closer to the camera than the Sea Lion so you don’t really see how big it was, but to see some more photos click here.  We even got to see the sun set behind the Sea Lion so it was a really good day. 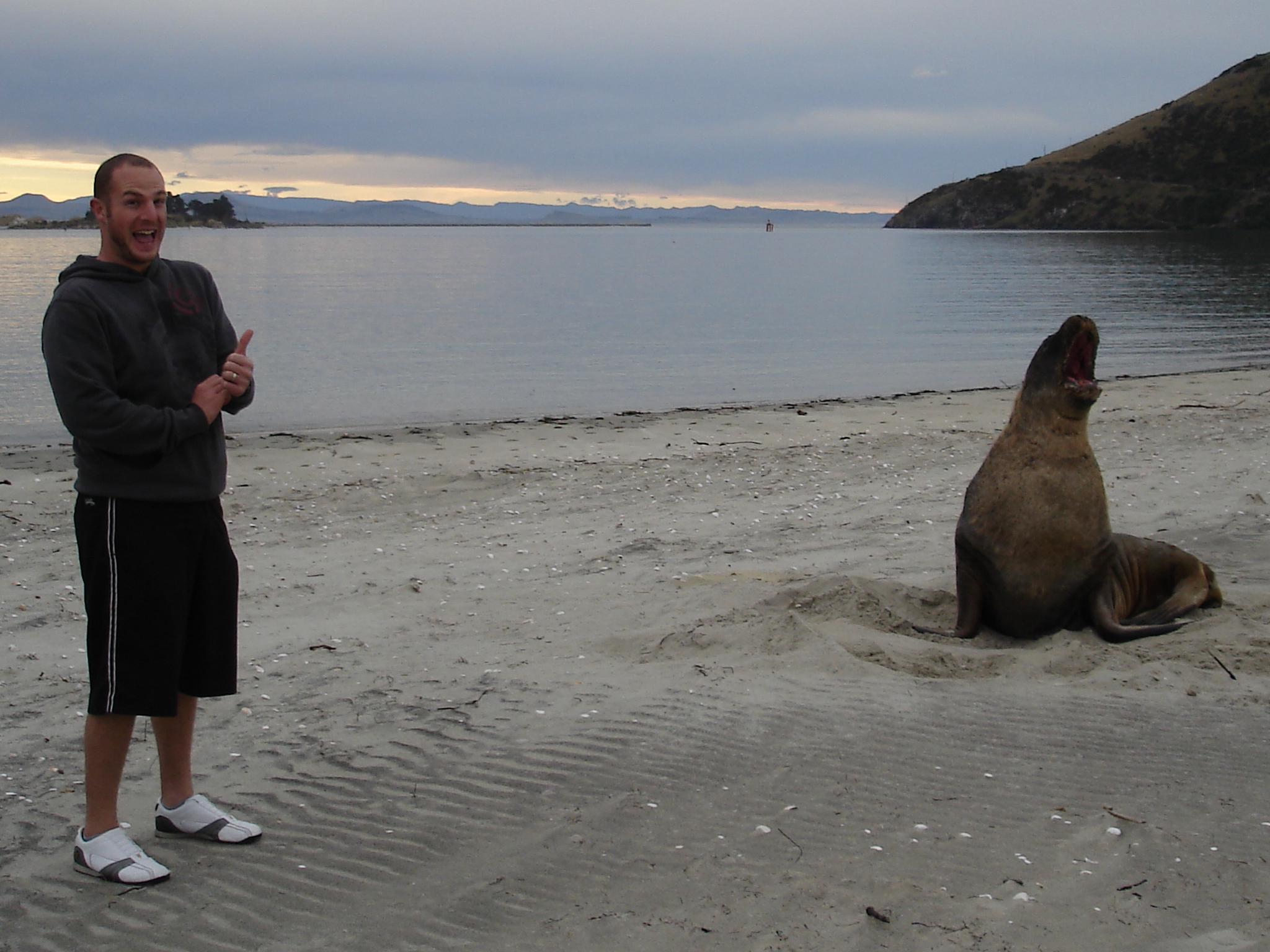