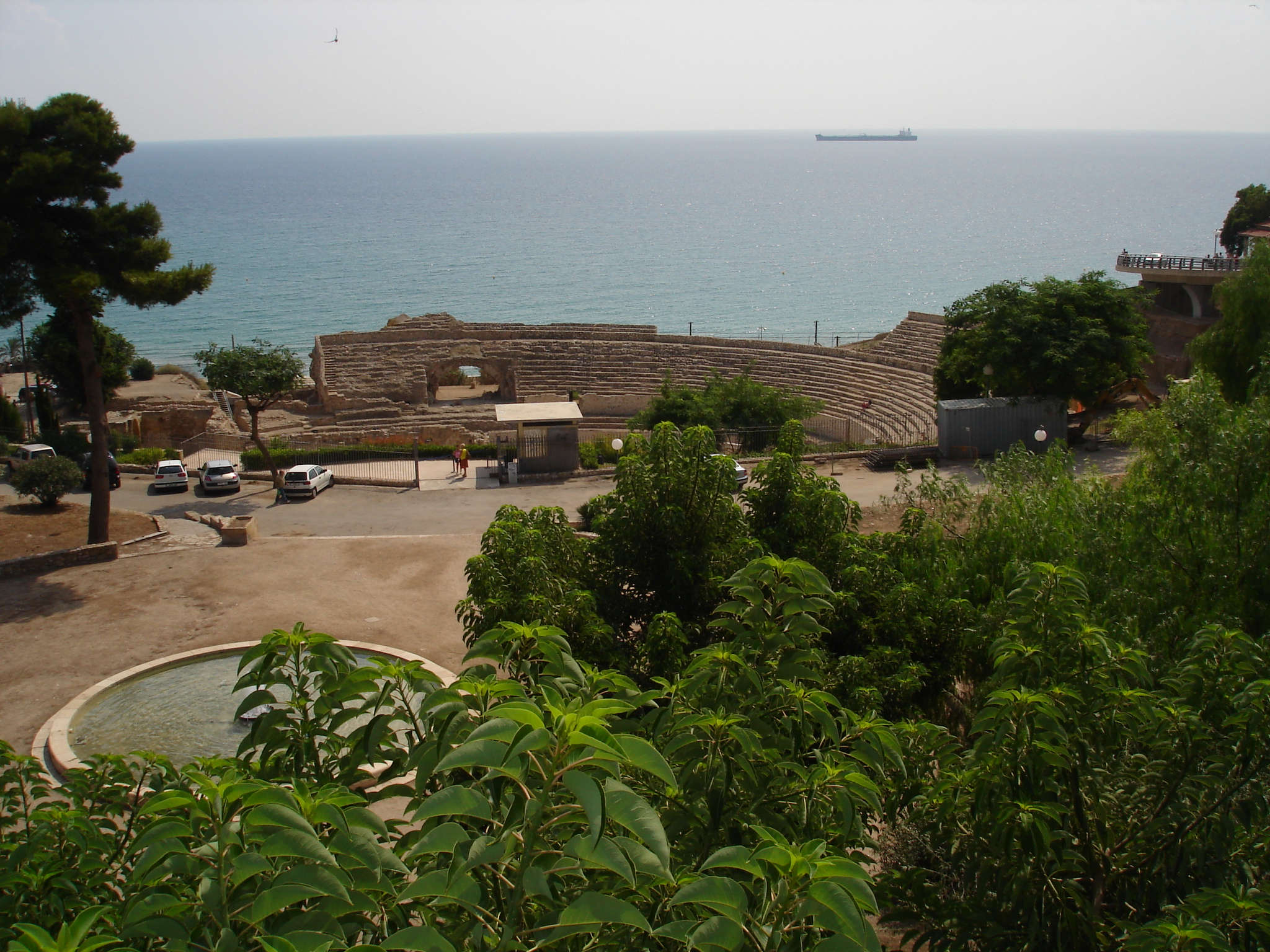 Our first stop in Spain was Tarragona, a small town a hour south of Barcelona.  It was probably a good introduction to Spain… when our flight landed on time, we couldn’t get off the plane for about half an hour (no exaggeration!) because the airbridge that our plane had been asked to land at wasn’t working.  It took a while for anyone in Spain to care, and when someone finally came to look at it, it only took them about a minute to fix.  We finally got off the plane and thought that we had probably missed our bus (which, being Spain, only runs to central Tarragona every 4 hours or so), but then joked that we were on Spanish time now, so we would probably be in luck, as the bus was likely to be late.  Sure enough, after getting our bags and going out to the bus stop at around 2.40 (when the bus was meant to have left at 2.30), we waited around at the bus stop that was advertised to go to Tarragona.  After asking some non-english speaking bus drivers about the bus, we were directed to another bus stop, (which was not advertising Tarragona) and the bus turned up.  We were on the bus by 3, which we soon realised was very normal for Spain. (Apart from the big cities, where things are more organised.)  This is definitely the laziest most laid back country we have been to.  When we arrived in Tarragona, we followed the map provided by the hotel to our hotel, only to find that the hotel had lied about the location on the map…. hmm, a theme was beginning to develop.  According to the map (and the written directions provided by the hotel) our hotel was 200m from this beautiful view.  You can see in the photo there is a mini-coloseum, which looked very much like the Coloseum in Rome only way smaller.  It turned out our hotel was a further 3km’s down the now unsealed, dusty road.  We spoke to the only other English speaking guests at the hotel and they had also been provided with the same map, and were also annoyed that the location was not where we expected.  We asked the hotel about it and in true small town Spanish fashion, they just laughed.  Luckily we were still staying within about 2 minutes walk from a lovely beach, more private than the main Tarragona beach.  If you ever go to Spain and stay outside one of the main cities, take note:  Siesta doesn’t mean a couple of hours off in the afternoon.  It means that the shops open at 1.30pm, close at 3.30pm, and then don’t open again until 8.30pm (which usually means about 9.)  Anyone want to volunteer to go and work in Spain?